The Everett, Massachusetts based brewery has strategically launched in several new states over the course of the past year, and the deepening of their commitment in the Lone Pine State is part of an overall plan to find like-minded, passionate craft beer enthusiasts to share their beer with. It’s also a personal investment for the Night Shift team.

“My great grandparents were potato farmers in Houlton, all the way in the northern part of Maine, right at the border of Canada,” said Rob Burns, Co-Founder and President, Night Shift Brewing. “Ultimately they relocated to the Auburn/Lewiston area, where they owned a funeral home business for many years. There is actually a street named after my grandfather, Bob Burns, where the funeral home once sat: Burns Street.”

While Burns has a very personal relationship with Maine due to multiple childhood memories that were forged there, Night Shift’s connection to the state extends to many of the initial investors and one of the co-founders of the brewery, who all met at Bowdoin College.

“I spent a lot of time in Maine as a child, and eventually went to Bowdoin where I met Michael Oxton, one of my partners at Night Shift,” continued Burns. “It was at Bowdoin that I fell in love with beer and started homebrewing in my dorm room. Effectively, Maine is where the whole Night Shift journey began, even before I mashed in my first beer.”

Night Shift Brewing will be sending a broad variety of beer to Maine, which includes a range of well-established flagship brands such as their award-winning ‘East Meets West’ IPA, Santilli, and their Hoot Hard Seltzer line, as well as monthly limited edition beers.

Night Shift is currently available in the states of Maine, Massachusetts, Connecticut, New Hampshire, New York, and Pennsylvania. The expansion deeper into Maine is made in partnership with Central Distributors.

“We are so happy to represent Night Shift Brewing here in Maine,” said Matt Bolduc, Central Distributors. “The beer and the team are exceptional and we can’t wait to share their passion with a big audience of craft beer lovers all through the state.” 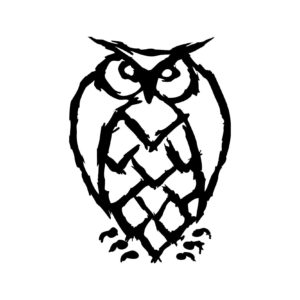 Started in 2012 by a trio of college friends with a shared passion for homebrewing, Night Shift Brewing is an Everett and Boston, Massachusetts-based production brewery and craft beverage company with a focus on high-quality craft beer, hard seltzer, and coffee. They exist to craft better for their staff, their customers, and their community. Night Shift Brewing can also be found in Connecticut, Maine, New Hampshire, New York, and Pennsylvania. For more information, please visit http://nightshiftbrewing.com 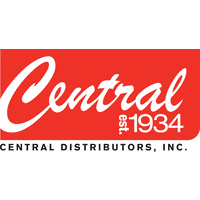 Central Distributors is a family owned, full service beverage distributor in Maine. Founded in 1934, Central specializes in bringing world class beer, cider and an expansive wine portfolio to retail accounts across the state of Maine. Visit them on the web at http://www.centraldistributors.com.