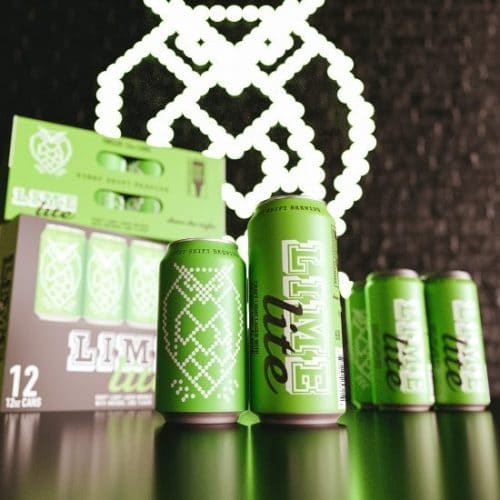 “Beer drinkers deserves better light beer,” said Rob Burns, Co-Founder. “Why should macro-
brewers own that space? Consumers care about quality and flavor, even in their light beers. If
you want to drink delicious craft beer, your choices fall short when reaching for a light option.
Until now.”

At 4.3% ABV and 120 calories per serving, Lime Lite’s recipe features natural lime flavor in its
recipe. Like Nite Lite, Lime Lite is unfiltered, unpasteurized, and preservative-free.
Made for consumers who want craft beer and light beer, Lime Lite was briefly available at the
Everett Taproom during the summers of 2017 and 2018. “It was an instant success,” added
Burns. “People would drink it throughout the day. We had customers asking for more after the
limited releases, even during colder months. That’s when we decided to make it a core portfolio
item in cans and on draft.”

Lime Lite will be distributed throughout MA, NY, and ME. It will be and available in 16oz 4-
packs and 12oz 12-packs, making it ideal to share with friends and groups at outdoor events
such as barbecues, tailgate parties, concerts, and other open-air events.
Night Shift is planning a free music festival to celebrate the release at its Everett, MA Taproom
and Brewery. The Brite Lites Music Festival will take place on Saturday, April 27 in Night Shift’s
Taproom and expanded parking lot, featuring an array of musical talent throughout the day.
The 8:30pm headliner will be the popular, locally-based group, Vundabar.
Said Rob Burns about the launch, “If Nite Lite was our first stone thrown at Goliath – big beer-
Lime Lite is our second. We hope it hits even harder.”

Use Night Shift Brewing’s Beer Map to locate Lime Lite and their other brews. 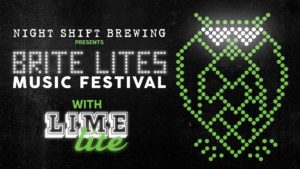 You can also get Lime Lite at the NSB Brite Lites Music Festival this Saturday. (click photo for details)

Night Shift was founded in 2012 by a trio of friends with a shared passion for homebrewing. What began as a nocturnal hobby has now grown bigger than our wildest dreams – from our brewery and Taproom in Everett, to our distributing business, to our Owl’s Nest beer gardens, to coffee roasting and our latest location on Boston’s Lovejoy Wharf. With this growing “family” in place, we exist to always create better for our staff, customers, and community.