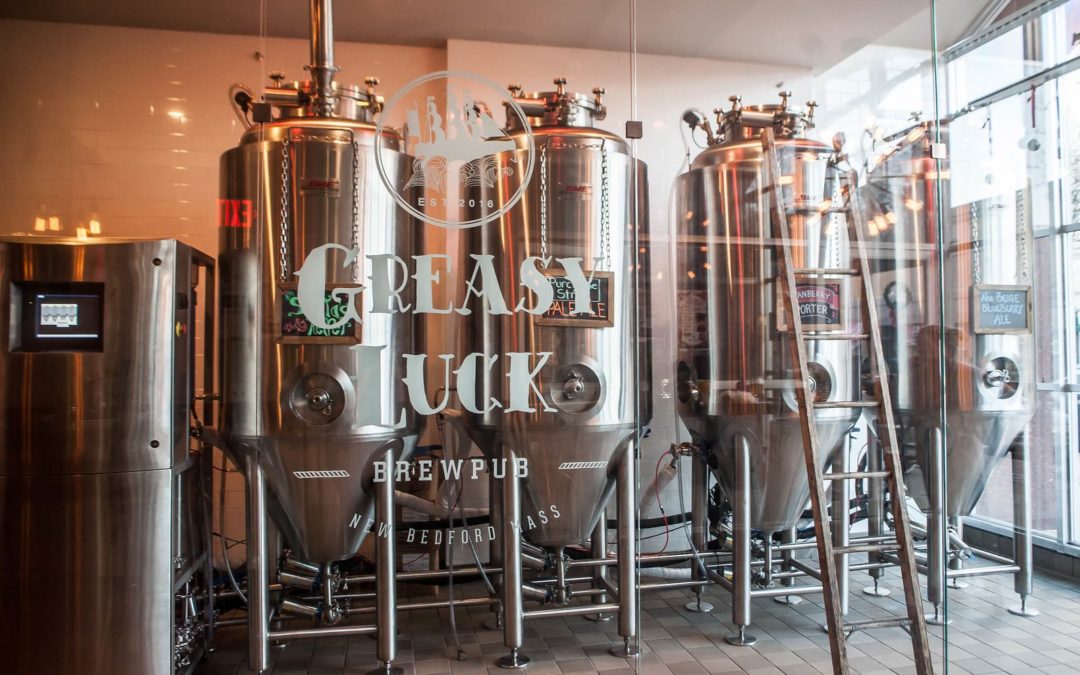 The ownership group of Greasy Luck would like to announce a change to our business. As we continue to evolve and take a bigger look at what we are and what we’re able to bring to the table within our building for the customers that visit that live within the City of New Bedford and the many surrounding communities, we’ve decided to completely do away with the [SmartBrew] brewery system and focus equally on the food that we make for the Pub and the live entertainment that we bring in for The Vault.

Although the current ownership group loves craft beers, brewing it is not something either of us are passionate enough about doing. We want to leave that to the professionals, who admittedly do it a lot better, so we will bring in a good rotation of local craft brews that we will feature on draft in the Pub side, along with the staples that you’d typically find at any venue in The Vault side. We’re also seeing that the space that the brewery system takes up in our pub is valuable real estate that can be better utilized for more pub side seating and a better layout can be setup for pub side acoustic performances.

We’re putting on a lot of great shows in The Vault and see that many customers who come to us to see the shows want to eat in the pub first, and unfortunately we haven’t had enough seating at times to accommodate them all. By adding more seating, we’ll be able to support that better. In The Vault, we enjoy bringing in both original national acts and tribute acts, and will continue to support both local and regional acts as openers to national/tributes and as occasional headliners as well.

We’ve already brewed our last batch of beer. If you have growlers, come on in and fill them up. We’ll also be giving away free growlers and charging for only the beer that you fill it with. Over the next few weeks you’ll see that parts of the brew system will be gradually going away starting with the glass enclosure. We’ll be doing this early in the morning before we open to avoid any disturbance in our normal business hours. Thank you.