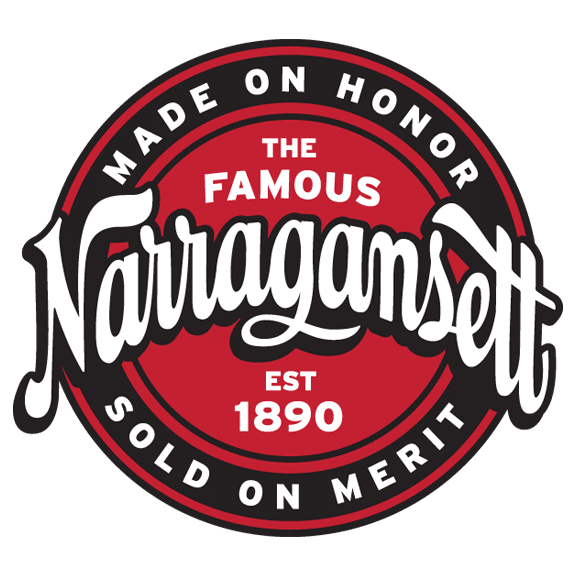 Located near the picturesque India Point Park in the city’s Fox Point neighborhood, the 18,000 square foot brewery features an indoor taproom and bar, alfresco patio and events space where visitors can meet with new and old friends alike while soaking up waterfront views of Narragansett Bay.

Fans will enjoy several can and taproom-only releases and beers to-go, including a robust lineup of new craft offerings spearheaded by head brewer Lee Lord and operations and production manager Tony Barber including Prima Doppia Double IPA, Musik Express IPA and Pink Boots Pale Ale, nostalgic favorites like Bohemian Pilsner and It’s About Time IPA, alongside other exciting innovations rolling out this year.

“We’re beyond thrilled for Narragansett fans in New England and beyond to finally visit us and be part of our homecoming in Providence,” says Mark Hellendrung, President of Narragansett Beer. “We’ve worked towards this moment for years, and the fact that we’re finally opening the doors to Narragansett’s new home is a remarkable feeling. I’m excited to raise a pint to our next chapter in the already bursting ‘Gansett history books and celebrate many more milestones to come right here in Rhode Island!”

Since first opening in 1890, the iconic New England beer has experienced a storied history of remarkable highs and lows. From surviving prohibition to serving as the official beer of the Boston Red Sox to a series of acquisitions in the 1970s and the demolition of the original Cranston brewery, ‘Gansett’s reputation has endured. In 2005, lifelong Rhode Islander Mark Hellendrung and his team revived the beer and resurrected the brand. Today, Narragansett Lager is the best-selling craft beer in Rhode Island and the brewery is the 32nd largest craft brewer in the United States.

To kick off a chock-full schedule of on-site community events, Narragansett will host the ‘Gansett PVD Fun Run Club on Sunday, June 6th at 1 and 3pm with both 5K and 5 mile routes. Narragansett will also partner with other iconic Rhody brands like Del’s Lemonade, Calise Bakery, and Blount Food Truck to celebrate National Lobster Day on June 15th, where they’ll be serving up fresh lobster rolls and introducing the taproom exclusive Slack Tide Imperial Ale on draft and as cans to-go.

Narragansett Brewery and Taproom is located at 271 Tockwotton Street, Providence, Rhode Island 02903 and open Thursday and Friday evenings and Saturday and Sunday afternoons with expanded hours to come in June. Follow along on the @GansettBeerPVD Instagram and www.narragansettbeer.com/providence-brewery for updates on upcoming events and what’s on tap.

Narragansett Beer…Brewed since 1890. ‘Gansett is a straightforward, quality beer that has been a New England tradition for generations, producing a classic family of award-winning American lagers & ales. Today, ‘Gansett is produced in Providence, R.I., and Rochester, N.Y. and is the 32nd largest craft brewer in America and the fastest growing in the Northeast. Narragansett is available for purchase in local restaurants, bars, and liquor stores throughout New England, New York, New Jersey, Pennsylvania, Delaware, the District of Columbia, Georgia, Maryland, Kentucky, Ohio, Indiana, Wisconsin, North Carolina, South Carolina, Florida, Virginia, Portland, Ore. and Nashville and Chattanooga, Tenn. Thirsty for more? Visit www.narragansettbeer.com or follow Narragansett on Facebook (/NarragansettBeer), Instagram (@GansettBeer), and Twitter (@GansettBeer).