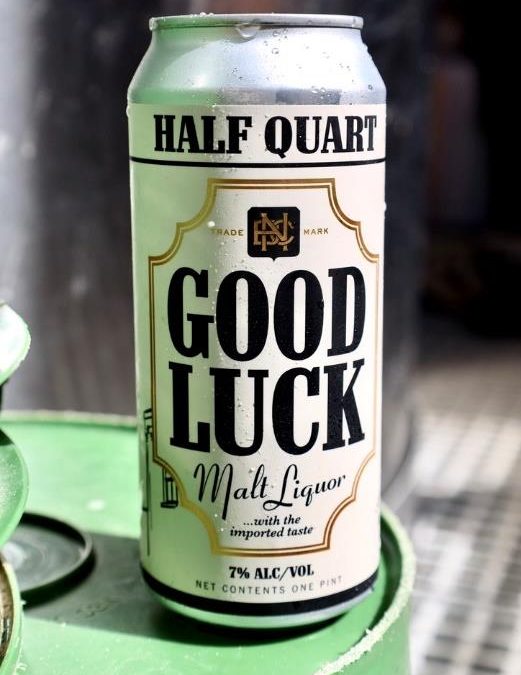 Founded by Rudolf Haffenreffer in 1871, the Haffenreffer Brewery was a bustling hot spot by the turn of the 20th century, with local legend that Boston baseball players frequented the brewery for a good luck beer before games. Although Haffenreffer closed its doors in 1964, its famous smokestack remained and eventually became part of the original Samuel Adams Boston Brewery founded by Jim Koch in 1988. Further cementing the connection between the brewing companies, Rudolf Haffenreffer’s son Rudolf II also went on to become owner of Narragansett Beer in 1932. Under his leadership, ‘Gansett became the best-selling beer in New England for decades to come.

“We’re so honored to collaborate with our talented friends at Sam Adams,” said Lee Lord, Head Brewer at Narragansett Beer. “It was so much fun putting our heads together for this brew and utilizing local ingredients from Valley Malt in Hadley, Massachusetts. This is the perfect way to honor our shared history of beer and brewing in New England.”

In celebration of the collaboration, Narragansett Beer will be hosting a free release party this Friday, July 8th from 4–8 PM with bites from the Basil and Bunny food truck. The Samuel Adams Boston Brewery will also be hosting a release party this Friday, July 8th. The free event kicks off at 5 PM with live music provided by Dan DeCristofaro, bites from the Hummus Shop food truck, and lawn games while trying out Good Luck Malt Liquor.

“It was great working with the team at Narragansett to create this special local brew,” said Eryn Bottens, Head Brewer at Samuel Adams. “There’s a deep history and pride working in the iconic Haffenreffer Brewery, and this modern interpretation of malt liquor is the perfect way to celebrate that legacy.”

Good Luck Malt Liquor is a slightly sweet brew that offers a malty backbone with just a touch of noble hops. The Amber maize from Valley Malt give this fresh take a beautiful, toasted cereal character that features the same imported taste of the original Haffenreffer-brewed malt liquor to provide the malty flavor ‘Gansett fans have come to expect.

Narragansett Beer…Brewed since 1890. ‘Gansett is a straightforward, quality beer that has been a New England tradition for generations, producing a classic family of award-winning American lagers & ales. Today, ‘Gansett is produced in Providence, R.I., and Rochester, N.Y. and is the 32nd largest craft brewer in America and the fastest growing in the Northeast. Narragansett is available for purchase in local restaurants, bars, and liquor stores throughout New England, New York, New Jersey, Pennsylvania, Delaware, the District of Columbia, Georgia, Maryland, Kentucky, Ohio, Indiana, Wisconsin, North Carolina, South Carolina, Florida, Virginia, Portland, Ore. and Nashville and Chattanooga, Tenn. Thirsty for more? Visit http://www.NarragansettBeer.com/ or follow Narragansett on Facebook (/NarragansettBeer), Instagram (@GansettBeer), and Twitter (@GansettBeer).

Samuel Adams is a leading independent, American craft brewer that helped to launch the craft beer revolution. The brewery began in 1984 when Founder and Brewer Jim Koch used a generations-old family recipe to brew beer in his kitchen. Inspired and unafraid to challenge conventional thinking about beer, Jim brought the recipe to life with hopes drinkers would appreciate the complex, full-flavor and started sampling the beer in Boston. He named the flagship brew Samuel Adams Boston Lager in recognition of one of our nation’s founding fathers, a revolutionary man of independent and pioneering spirit. Today, Samuel Adams is one of the world’s most awarded breweries and remains focused on crafting the highest quality beers through innovation and experimentation in the relentless pursuit of better. Samuel Adams remains dedicated to elevating and growing the American craft beer industry overall, including providing education and support for entrepreneurs and fellow brewers through its philanthropic program, Brewing the American Dream, which helps others pursue their American Dream. For more information, visit www.SamuelAdams.com or follow @SamuelAdamsBeer.