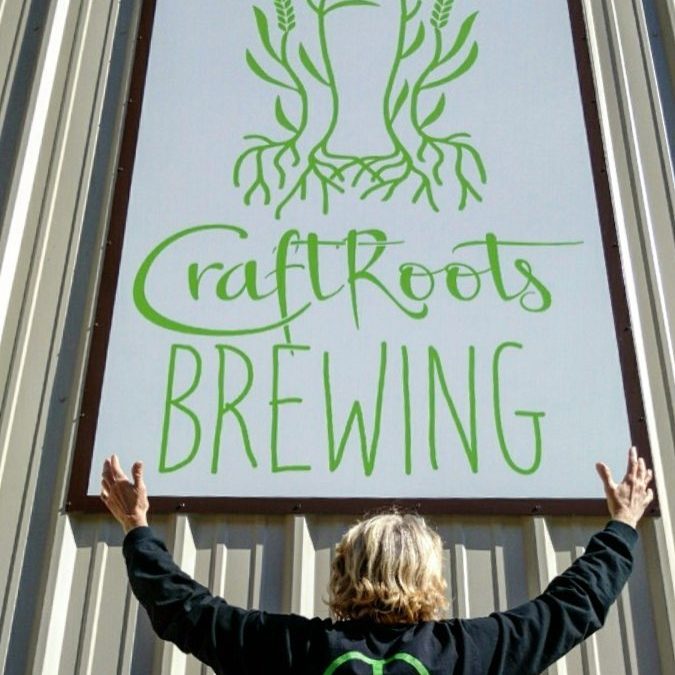 CraftRoots Brewing Named As the Fastest Growing Craft Brewery in
the U.S. in 2017 by the Brewers Association

“This is really exciting for us and such a cool illustration of the vibrant creativity that is originating and taking off in craft breweries nationwide. Our grassroots approach to brewing genuinely local beer from New England agriculture meant we had humble beginnings, but our community loves what we’re about and the beer we brew. For us, this isn’t about chasing big growth and the big guys. It’s about being genuine, local and fresh. Thanks to everyone who supports our brewery and taproom, Milford and the Commonwealth of Massachusetts are #1 on this list.” said Maureen Fabry, brewer + co-founder, CraftRoots Brewing. 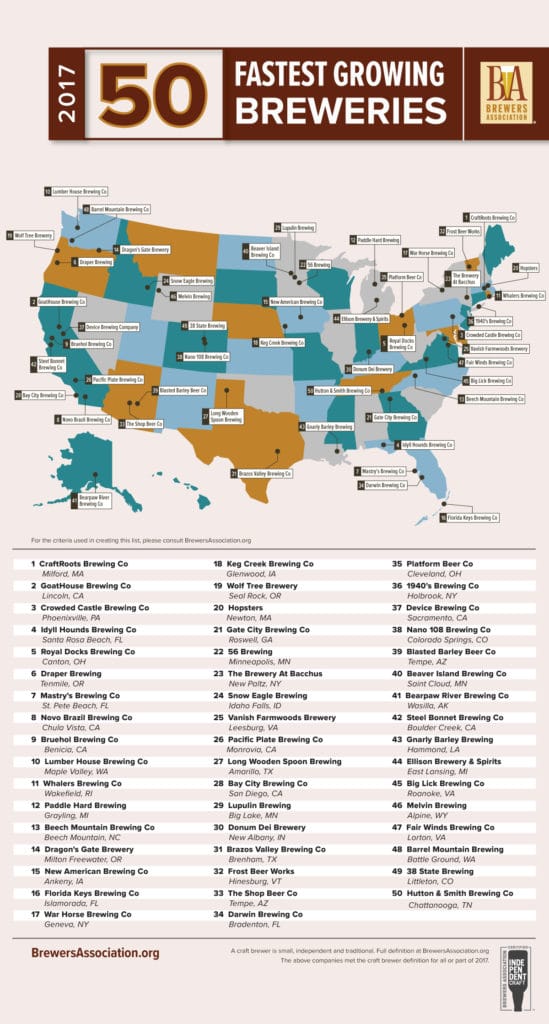 Infographic Courtesy of the Brewers Association

CraftRoots Brewing was ranked #1 among 50 small and independent breweries from across 25 states. Median growth from 2016 to 2017 for these breweries was 216 percent; the median size of breweries on the list went from 284 barrels in 2016 to 963 barrels in 2017. These brewing companies represent 5.5 percent of craft’s growth by volume for 2017 and include eight brewpubs, 40 microbreweries and two regional craft breweries.

“With 5 percent growth overall for small and independent brewers in 2017—and microbreweries and brewpubs delivering the majority of that—we wanted to spotlight some of the breweries driving that growth,” said Bart Watson, chief economist, Brewers Association. “As the growth base for craft becomes more diffuse, these fast growing brewing companies illustrate that a diverse set of success stories still exist.”

Founded in 2014, CraftRoots Brewing is grounded in a grassroots approach to beer. We brew fresh and flavorful beers that highlight New England-grown grain and hops, connecting you to local farmers and craft maltsters.

Learn more by checking us out at: www.craftrootsbrewing.com