Meet the Brewers: Freshman Class of 2019 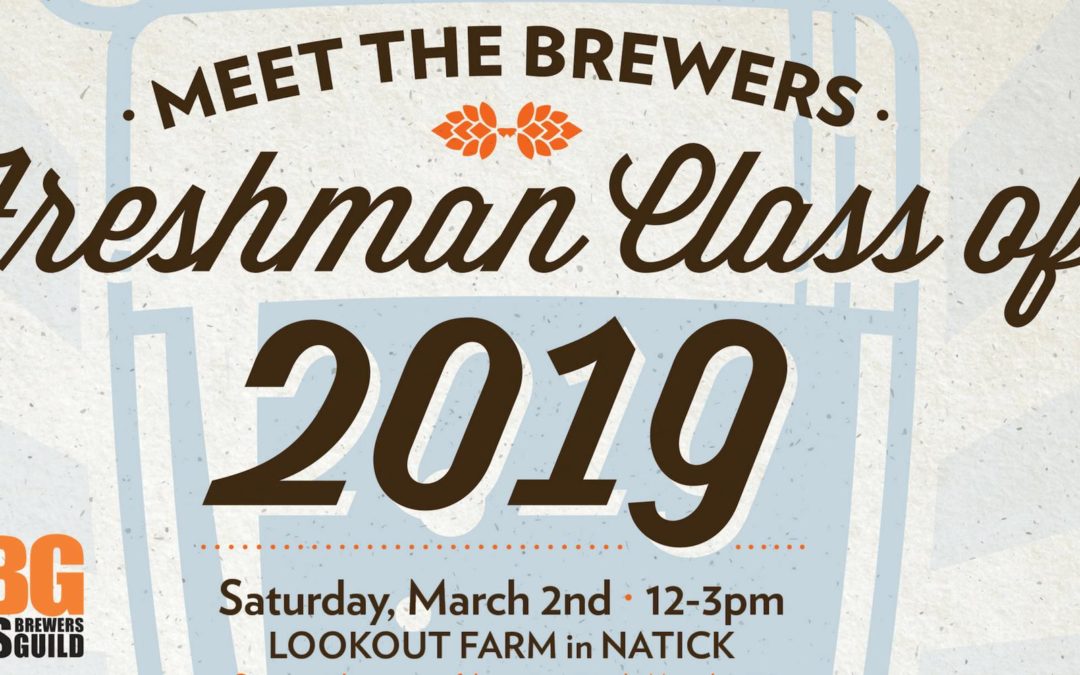 “Meet the Brewers: Freshman Class of 2019,” set for Saturday, March 2 from noon to 3 p.m. at Lookout
Farm in Natick. The event brings together nine of the state’s newly launched breweries for an
intimate, roundtable style tasting event with unique access to brewers. 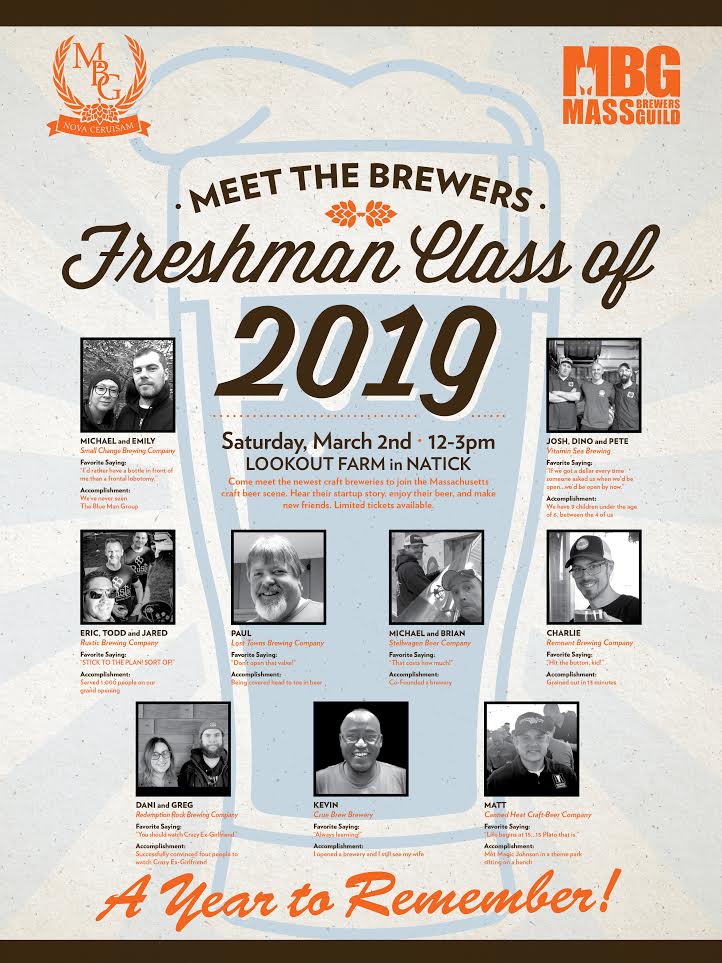 Tickets are $48 and all proceeds will benefit the Mass Brewers Guild, the state’s trade
association that works to protect and promote the interests of craft brewers across the
Commonwealth. The fundraiser aims to foster learning and education of the brewing process
and inspire deeper connections between brewers and craft beer lovers.

“This event has attracted quite a following and attendees are excited to return year after year,”
says Katie Stinchon, executive director of the Mass Brewers Guild. “Giving craft beer fans face
time with brewers while they hear their start-up story, and sample some of state’s newest beer
is a unique twist on a beer festival.” This is the third year that the Mass Brewers Guild has
hosted this event. The event hopes to raise $4,000 for the trade association.

How does the event work? Upon arrival, guests be are broken up into groups of ten. Each
group will then have twelve minutes with each brewer to enjoy up to three samples, ask
questions, and hear the story behind the beer before rotating to the next brewer. Attendees
will receive a souvenir MBG tasting glass and gourmet soft pretzels from Eastern Standard
Provisions.