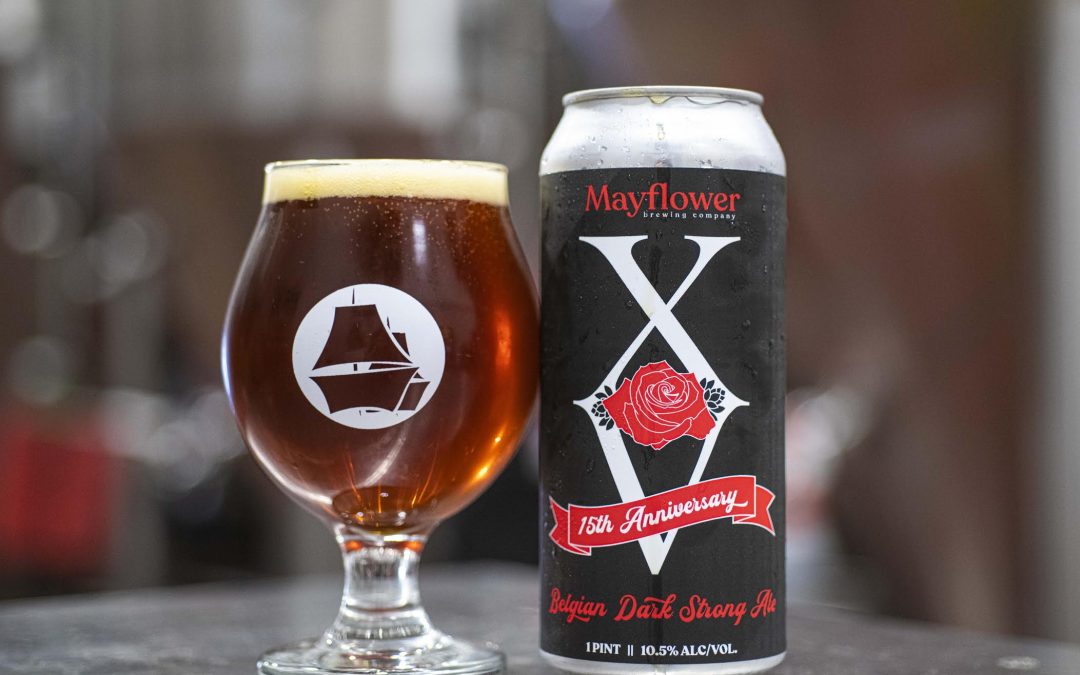 They’re kicking it off with a big beer and a huge party!

Throughout the years, Mayflower has consistently opened up the whole brewery to host large-scale community events. Be it an anniversary celebration, annual open house, chef competition, concert, pet adoption, or fundraiser, Mayflower enjoys any reason to use its facility to welcome the masses. Needless to say, excitement for a Fifteenth Anniversary event began brewing amongst the Mayflower crew early last year. Joining the event on January 28th will be: Artisan Pig, Food Court, and Blue Eyed Crab; all from downtown Plymouth. Additionally, Wild Game Sausage Man and Wolf Pizza, two of Mayflower’s resident food vendors will be there. Providing the musical entertainment for the day will be Bazookafoot playing jam-rock and reggae-soul from 1-4 pm and 3rd Left playing hometown funky rock and roll from 5-8 pm. 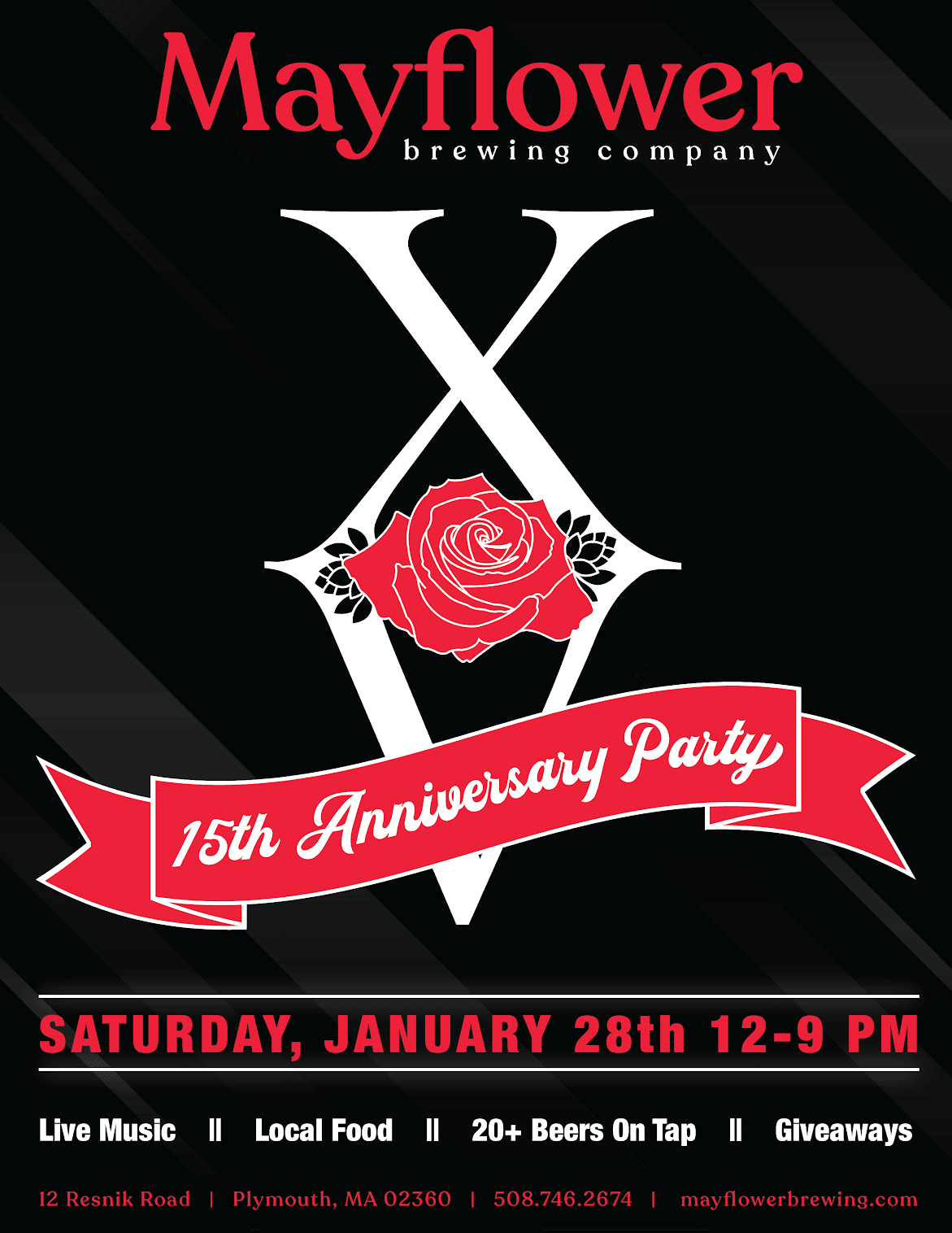 It’s been a crazy few years since Mayflower’s last big anniversary party which celebrated its 10th anniversary in 2017.  Mayflower could never have predicted the changes and challenges that it would encounter along the way.  Mayflower has responded with innovative new products, such as its 400 New England Double IPA, Resistance is Fruitile sour ale series, Leisure Mode light and hazy New England IPA, and limited batches of hoppy, dark and lighter, and brighter styles.  Mayflower has also expanded it retail operations to include an upgraded taproom and outdoor space at the brewery, the Mayflower Beer Garden at the Pinehills, and a variety of pop-up events using its mobile draft beer trailer.   And through it all, Mayflower has continued to work closely with its restaurant and retail partners to bring its award-winning craft beers to your favorite spots throughout New England.

“We’re excited to welcome everyone to the brewery for our 15th-anniversary party.  We appreciate all of the support that the local community has given us over the years – from the bars and restaurants to the package stores to our loyal taproom patrons.  We couldn’t have succeeded without your support, and we hope that our efforts to brew high-quality, flavorful beer have brought you some joy and have made your lives a little better,” reflects Drew Brosseau, Mayflower’s Founder and President.

Mayflower brewed a big, strong Belgian Quad for the upcoming occasion, XV!  This beer fills your mouth with impressions of fig, raisin, and cherry, along with flavors of deeply caramelized sugars and molasses.  Hops are virtually non-existent and just holding up the malt and sugar to create a balance so the sweetness doesn’t overwhelm.  Belgian yeasts are generally very expressive and the yeast used in XV is no exception. Mayflower will release this alongside a Port Wine Barrel Aged Edition at the event. Perhaps just as anticipated, Mayflower will be tapping cellared kegs of fan favorites such as Dark Echo Imperial Stout with Lactose, Coffee and Vanilla (2021), Thanksgiving Ale (2019 and 2021), Bradford Belgian Tripel (2017), Rising Road Barrel Aged Irish Coffee Stout (2021), X Imperial Stout (2018), and more! Mayflower is looking forward to welcoming the community to the brewery on January 28th and throughout the entirety of its fifteenth year!

Mayflower Brewing Company is a craft beer microbrewery located in historic Plymouth, Massachusetts. Founded in 2007 by a tenth great-grandson of John Alden, beer barrel cooper on board the Mayflower, Mayflower is dedicated to celebrating the history and legacy of the Pilgrims by creating unique, high-quality ales for the New England market. The team brews and packages all of their beer at their 12,000-square-foot production facility in Plymouth and uses only traditional brewing methods and ingredients. Their product line includes a set of year-round beers that honor traditional English ales, seasonal beers that celebrate the New England weather, and small-batch releases that give them a chance to try out new ideas. The tasting room is open to the public and is family (and pet) friendly, offering a variety of branded apparel, growler fills, free samples, full tasting flights, pints and packaged beer. Retail and tasting hours are Monday, Wednesday and Thursday noon to 8pm, Friday noon to 9pm, Saturday noon to 8pm, and Sunday, noon to 6pm.