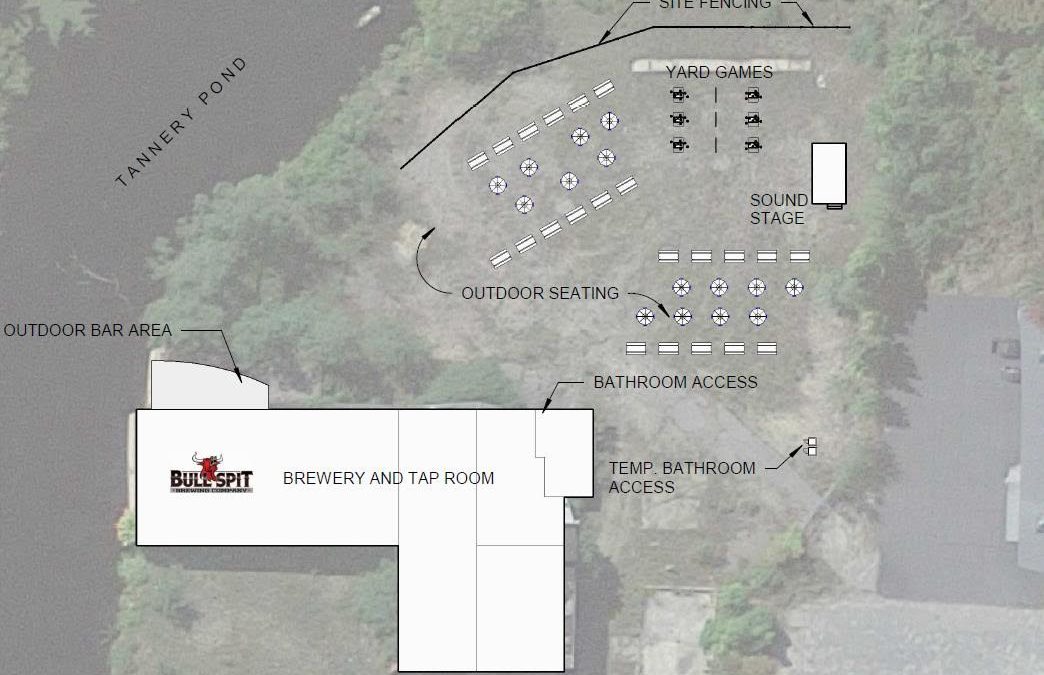 PRESS RELEASE / September 22, 2021 (WINCHENDON, MA) – Mass Development has awarded $150,200 from the Brownfields Redevelopment Fund to the Town of Winchendon to further assess and remediate a 1.33-acre site at 4 Summer Drive and Rear Extension that previously housed an iron foundry. Bull Spit Brewing Company, based in Lancaster, is in the planning stages to redevelop the downtown parcel and convert an on-site vacant building into a second brewery and community and business event space on the property. Bull Spit Brewing is projected to create up to 20 new jobs in the next three years. The project includes revitalizing a half-acre section of the property that lies along the Millers River, which the town hopes will catalyze further investment in the area.

“The Brownfields Redevelopment Fund has helped cities, towns, and developers safely assess and remediate hundreds of properties with challenging environmental conditions,” said Housing and Economic Development Secretary Mike Kennealy, who serves as chair of MassDevelopment’s Board of Directors. “These resources are critical to encouraging the redevelopment of historic industrial sites with untapped economic potential.”

“Residents and visitors of Winchendon will soon be able to enjoy an area of the downtown that has long sat in disrepair and waited for revitalization,” said MassDevelopment President and CEO Dan Rivera. “MassDevelopment is pleased to help the Town of Winchendon advance the redevelopment of this former industrial property into an actively used site with a brewery and event space.”

The site was formerly operated as an iron foundry by the Baxter D. Whitney & Son Machine Shop & Foundry from approximately 1885 until 1947, at which time the foundry was removed. Various businesses have since occupied the site, and the last known use was by a trucking company more than 10 years ago. The Town of Winchendon received the property through tax title foreclosure in 2018. A preliminary site assessment commissioned by the town concluded that there are several environmental concerns in site soil and structures. In 2020 the town released a Request for Proposals to identify businesses that may have interest in purchasing and revitalizing the long vacant parcel. Bull Spit Brewing Company’s anticipated purchase of the property is contingent on the environmental contaminants being addressed.

“MassDevelopment’s support is helping us deliver on our promise to build a vibrant and active downtown for the citizens and businesses that call Winchendon home,” said Winchendon Town Manager Justin Sultzbach. “When the public sector meets the private sector on this level, everybody wins. The Bull Spit facility will be a local economic driver and an anchor for our Central Street revitalization efforts. We’re excited for their team to be a crucial part of our growing community!”

“Our organization is excited with the expansion project in Winchendon, MA,” said Bull Spit Brewing Company President Keith P. Kopley. “We have experienced an extremely welcoming atmosphere from local government to town residents.  This final outcome of this project will create a destination for people in the region to visit and we can only hope the trickle down effects of this will help boost commerce in the community! This project is vital to the growth of our business. Not only will the Winchendon location become our main operations center servicing all of our in-state accounts, it will allow us to expand our brand into other New England states!  The foundry renovation and land remediation will help Winchendon retain and revitalize older buildings.”

MassDevelopment oversees the Brownfields Redevelopment Fund, which helps to transform vacant, abandoned, or underused industrial or commercial properties by financing the environmental assessment and remediation of brownfield sites in “Economically Distressed Areas” of the Commonwealth. From the Fund’s inception in 1998 through FY20, it has supported 747 awards for a total investment of more than $108 million. The Brownfields Redevelopment Fund makes awards on a rolling basis as well as through an annual competitive round, which is now part of the Commonwealth’s Community One Stop for Growth, a single application portal and collaborative review process for community and economic development grant programs that make targeted investments based on a Development Continuum. Awards to Brownfields applicants who applied through the FY2022 Community One Stop for Growth are anticipated to be announced later this year.

MassDevelopment, the state’s development finance agency and land bank, works with businesses, nonprofits, banks, and communities to stimulate economic growth across the Commonwealth. During FY2020, MassDevelopment financed or managed 341 projects generating investment of more than $2.69 billion in the Massachusetts economy. These projects are estimated to create or support 10,871 jobs and build or preserve 1,787 housing units.