First Outdoor Concert at The Palladium in Worcester!

The general admission inaugural festival takes place Saturday Aug 25, 2018, Outdoors at the Palladium, located at 261 Main Street, in Worcester, MA. Doors open at 2pm. The all ages festival tickets are $49 and are available online at: https://www.ticketfly.com/purchase/event/1691410?utm_medium=bks.

When asked about the origins of this new festival, frontman Dicky Barret explained “I’ve had the idea since we played Lollapalooza in 1995. Since then, combined with our playing The Warped Tour over many summers, we decided to show Boston some summertime love. I’m all about family so it’s the family vibe in general combined with bands I love playing terrific music. Expect it to be a lot of fun and a really great day filled with tremendous music.” About the line-up he shares “you never know what you’re going to get from Fishbone but always look forward to pure and unfiltered entertainment. Canada’s Planet Smashers never disappoint. Big D and The Kids Table are anxious to show the uninformed just how they’ve achieved Boston Ska Legend status. It’s important to be there on time to see Buster Shuffle from London. We’ve been touring around with them lately and they are brilliant.”

“We were glad to introduce the first outdoor festival at The Palladium,” Barret says. “Worcester is a classic working-class New England city that historically loves its rock and roll. They welcomed this idea and The Mighty Mighty BossToneS with open arms.”

About The Mighty Mighty BossToneS The Mighty Mighty BossToneS became the ambassadors of the 90s ska explosion by forging new territory and being one of the first, if not the first to cross high-energy ska with hardcore punk. Over a 30-year career Boston’s best dressed band has built and continue to build a devoted following with their unique brass-infused brand of punk rock. 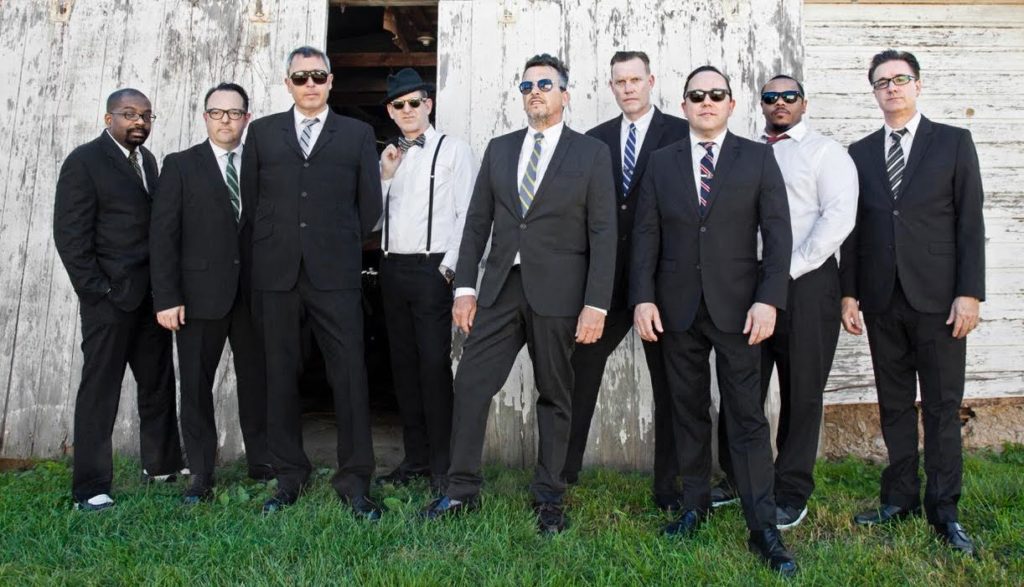 The band started to make a lot of noise which garnered major label attention and in 1993, the BossToneS signed a major-label deal with Mercury Records and released Don’t Know How to Party, and 1994 saw the band paying homage to their hardcore roots with a mini-album titled, Ska-Core, the Devil and More, as well as the full-length Question the Answers. A year later, the Boston boys were coerced into appearing in the film Clueless, which has since become a cult classic, performing “Where’d You Go,” and “Someday I Suppose,” two of their most popular songs to date; they also landed a main-stage slot on that summer’s Lollapalooza tour.

In 1997, Let’s Face It become the band’s biggest-selling album to date; certified platinum, buoyed by the success of the anthemic “The Impression That I Get.” In 2003, with individual members already involved in other projects and the band essentially having toured non-stop since 1991, they announced they were going on hiatus. During this time, frontman Dicky Barrett became a staple as the announcer on ABC’s late-night talk show Jimmy Kimmel Live. http://www.bosstonesmusic.com/

About Toots & The Maytals Toots is one of the true architects of reggae – so much so that “Do the Reggay,” a 1968 single by Toots and his group, the Maytals, is credited with giving the genre its name. Classic songs written and recorded by Toots and the Maytals have been covered by the likes of the Clash and the Specials, and the group was featured in reggae’s greatest breakthrough event – “The Harder They Come,” the 1972 film that became an international sensation. https://www.allmusic.com/artist/toots-the-maytals-mn0000790988/biography

About Fishbone Fishbone, formed in 1979 in Los Angeles, California, is best known for their unique fusion of ska, punk rock, funk, heavy rock, and soul. In the words of AllMusic: “Fishbone was one of the most distinctive and eclectic alternative rock bands of the late ’80s. With their hyperactive, self-conscious diversity, goofy sense of humor, and sharp social commentary, the group gained a sizable cult following yet they were never able to earn a mainstream audience.” https://www.allmusic.com/artist/fishbone-mn0000796045/biography

About The Bouncing Souls The Bouncing Souls have never been in the New Yorker. The NJ band that has been kicking their singular brand of angular punk-anthems for upwards of 15 years now, are not necessarily what you would classify as critical darlings, but they have something more tangible. The boys have an arsenal of songs that no one in the North East corridor can deny, tracks like Sing Along Forever, Kate Is Great, or The Freaks, The Nerds, And The Romantics are as potent as anything to come up from the NJ boardwalks. All offer a glimpse of the spark that makes The Bouncing Souls such a cultural enigma; their simple straight-ahead love of the live set and steadfast dedication to their rabid devotees. https://www.allmusic.com/artist/the-bouncing-souls-mn0000621101/biography

About The PIetasters The seed was planted in 1990. A bunch of friends started a band with no pretensions: the idea was to make music for house parties, not to make a career out of music. These guys and a girl grew up in and around Washington, D.C. The scene was small and all the Punks, Skins, and Mods intermixed in those days. You were as likely to see a Mod at a Scream show as you were to see a Punk at a Toasters show. This varied influence is what informed the covers that the Pietasters played and the originals they wrote trying to emulate their favorite bands. From Two-Tone Ska, to Jamaican crooners like Alton Ellis, to Stax, Motown, harDCore, and British Punk, the Pietasters played what they liked to play and the house partiers appreciated the mix and crammed into basements and living rooms for sweaty all night keg drinking and dancing. http://www.thepietasters.com/bio.php

About Mass Concerts MassConcerts, New England’s second largest concert promoter, has been delivering the hottest names in music to an extensive audience throughout New England and New York for over 25 years. A solid track record, excellent reputation, and continual efforts are just some of the reasons why MassConcerts continues to grow and develop on a consistent basis and upward scale. With a strong network of venues within a vast array of geographic locations, as well as solid relationships with some of the world’s largest talent agencies representing the most sought-after recording artists alive today, MassConcerts is able to route talent throughout the New England and New York areas effectively, efficiently, and successfully. https://www.massconcerts.com/