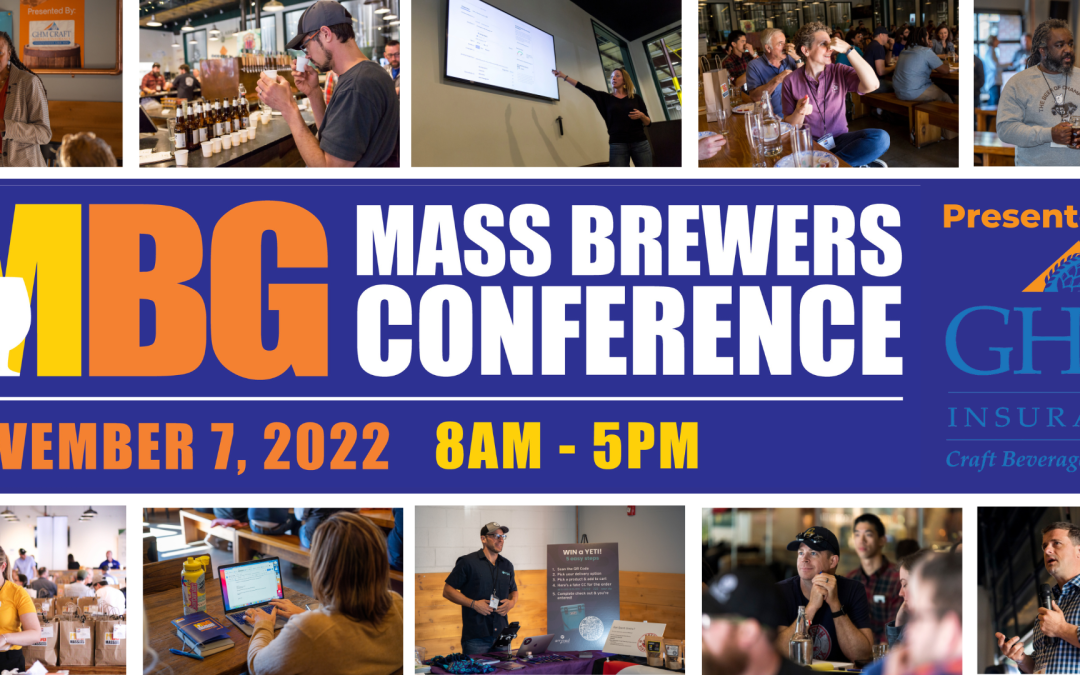 The event, which draws 160 professional brewers from Massachusetts and the New England area, provides affordable brewing education and the opportunity to learn from industry experts and peers.

The topics covered reflect the unique needs of the craft beer industry and seek to support owners, managers and their staff on everything from brewery safety, to perfecting lagers, hiring best practices and managing stress and burnout. Attendees can choose between two tracks that best fits their skillset in the industry – technical brewing and business. 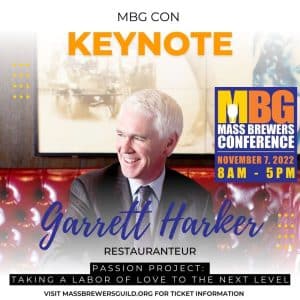 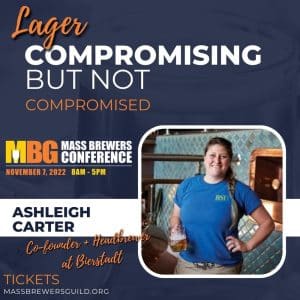 The day begins with a keynote address from nationally respected restaurateur, Garrett Harker. Known for creating craft beer prominent dining establishments such as Eastern Standard, Row 34 and Island Creek Oyster Bar, Garrett has achieved enduring success while ensuring that every element of his establishments stays true to his personal philosophy of elevated hospitality. Attendees will learn more about his symbiotic love story with the craft beer industry and the strategies he uses to overcome a saturated market and layer revenue in every area you can. Other sessions offer legal advice, hands-on practice fixing common issues in your brewery, video marketing best practices and a craft malt sensory workshop.

“With the onslaught of challenges that seem to be arriving daily for our small business community we hope that our annual conference will leave our brewery owners and their teams feeling inspired, connected and with some new tools in their arsenal for the year ahead,” says Katie Stinchon, executive director of the Mass Brewers Guild. “We have an incredible lineup of experts to learn from. Whether you are new to the industry or a seasoned veteran, there’s something for everyone.” 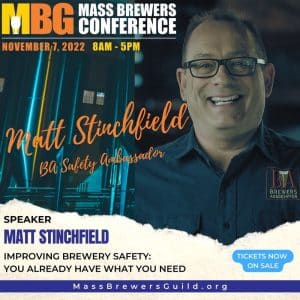 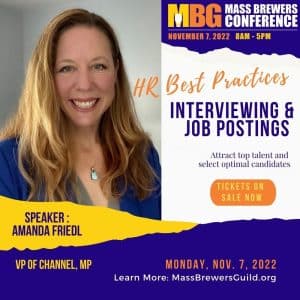 To view the entire lineup of speakers, or to purchase tickets to MBG Con, visit MassBrewersGuild.org/mbg-con-2022.

Founded in 2007 by a group of committed and passionate brewers, the Mass Brewers Guild, is organized for the purposes of promoting craft brewing and protecting the interests of craft brewers across the Commonwealth. The association is membership based and open to all Massachusetts breweries licensed by the federal Tax and Trade Bureau and the Commonwealth’s Alcoholic Beverages Control Commission. The nonprofit creates a community of brewers while shining light on the broad range of breweries and styles offered throughout state. Through industry and educational events and by providing resources and marketing support to brewers, the nonprofit works to highlight Massachusetts as a top travel destination for craft beer in the U.S. The board also continues its work at the legislative level serving as the voice of craft brewers on Beacon Hill. The Massachusetts Brewers Guild is a 501(c)6 not-for-profit corporation.