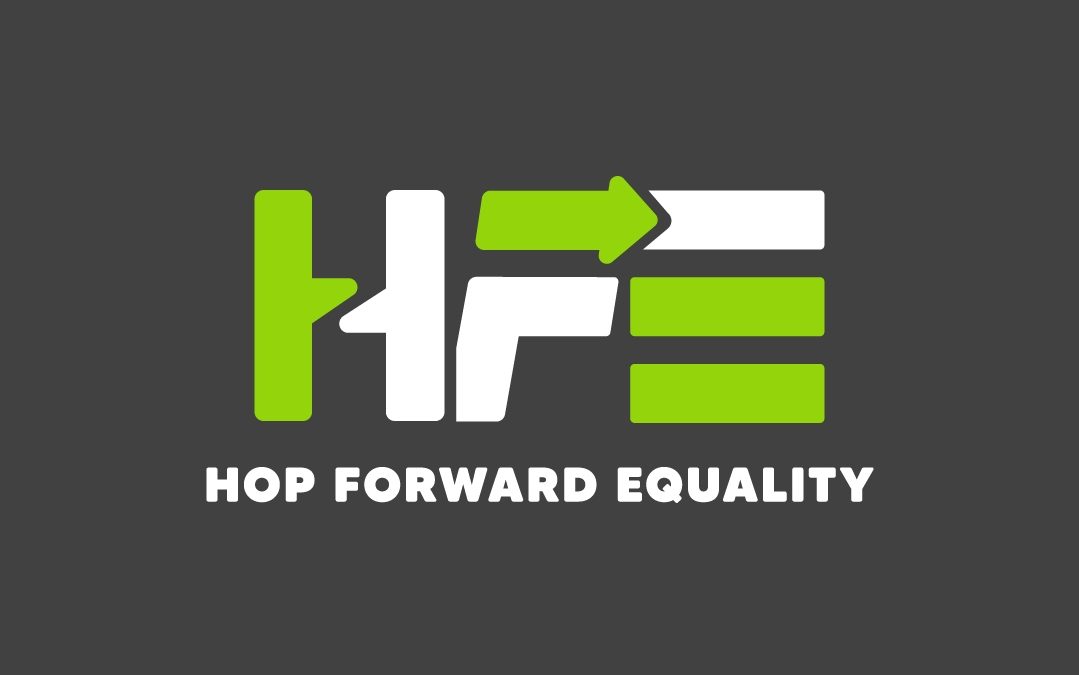 New website includes toolkits and tips, access to partners and educational opportunities to help breweries around the state work together to create a more diverse and inclusive industry

PRESS RELEASE / April 21, 2021 (BOSTON, MA) – After Mass. Bay Brewing Company’s Harpoon Brewery partnered with the Mass Brewers Guild to host its first ever Hop Forward Equality Career Fair, the two organizations are once again teaming up to help other local breweries transform their diversity equity and inclusion efforts with the launch of HopForwardEquality.com.

The new website, unveiled to Massachusetts-based breweries last week, has one goal: to offer actionable, tangible steps that the brewing community can take to begin, or further, its diversity, inclusion, and equity work. The site includes resources for those just forming their internal D&I groups, those looking for HR best practices to change company culture as well as a suggested reading list and a video library.

The respective diversity and inclusion committees at Mass. Bay Brewing Company, and the Mass Brewers Guild will serve as the site’s editors — curating, writing and sharing regular news, ideas and inspiration gleaned from its partner organizations. Currently the site’s partners include Boston Pride, City of Boston’s Office of Diversity, Crafted For All, The Verna Meyers Company, and YWCA Boston. The resources featured on HopForwardEquality.com will grow and evolve overtime as more partners sign on to the project.

Hop Forward Equality will also offer trainings and workshops for continued education led by experts in the diversity and inclusion space. The site will also host a jobs board, which is open to breweries committed to equitable hiring practices with the goal to attract diverse candidates and broaden the talent pools that apply for brewery positions.

“We have to ask ourselves why, and we have to do a better job truly encompassing and embracing our communities,” says Katie Stinchon, executive director of the Mass Brewers Guild. “This resource center was created out of the need for a home base for everything we’ve been learning and should answer the question I receive most often from members – where can I go for help?”

“We are not the experts, our partners are,” says Rich Ackerman, AVP of Human Resources at Mass. Bay Brewing Company.  “We’ve invested the time to form partnerships with organizations to offer a wide array of information in different ways to meet brewery staff and owners where they are.”

Hop Forward Equality will also serve as the home for a local travel show, “Black Brew Dialogues,” featuring host Collin Knight, Roxbury native and founder ofLive Like A Local Tours. Knight is a self-proclaimed beer geek and often refers to himself as a ‘brother who loves craft beer.’ Viewers will follow Knight as he tours some of the state’s most popular breweries for a behind the scenes look. He’ll hear their start-up story, meet the owners and brewers, and then have a candid conversation over a beer about that brewery’s diversity & inclusion efforts. The show’s first episode will feature black owned White Lion Brewing Co. and is slated to launch this spring.

“It’s not easy to walk into a space and see that no one else in the room looks like you. That’s my typical experience when I go into a brewery,” says Knight. “I want to hear where the breweries are at, where they are finding success and where they are struggling in this work. Through this dialogue we hope to learn, grow and find some answers together over a couple of cold ones.”

The show hopes to bridge together two audiences: the craft beer lover eager for the VIP experience of their favorite breweries who might not know these disparities exist, and underrepresented groups who might not think about craft breweries as their next job opportunity or night out. The show will cover all topics of diversity of inclusion from race, to people with disabilities, gender, LGBTQ+, and generational gaps.

“It will take all of us from every role inside our breweries to create real change,” says Ackerman. “We know it won’t happen overnight, but we are hoping Hop Forward Equality can help to propel the conversation and this work forward.”

Mass. Bay Brewing Company, Inc. (MBBC) was founded in 1986 by beer lovers who wanted more and better beer options. When the Company was founded, the brewery was issued Brewing Permit #001 by the Commonwealth of Massachusetts, since it was the first to brew commercially in Boston after a dormant period of about 25 years. Mass. Bay Brewing Company’s portfolio now features its award-winning Harpoon, UFO and Clown Shoes beers, City Roots craft cider, and Arctic Summer, a premium spiked seltzer made with their friends at Polar. In 2000 the Company purchased a second brewery in Windsor, VT.  In August 2014 Mass. Bay Brewing Company became employee-owned.

Founded in 2007 by a group of committed and passionate brewers, the Mass Brewers Guild, is organized for the purposes of promoting craft brewing and protecting the interests of craft brewers across the Commonwealth. The association is membership based and open to all Massachusetts breweries licensed by the federal Tax and Trade Bureau and the Commonwealth’s Alcoholic Beverages Control Commission. The nonprofit creates a community of brewers while shining light on the broad range of breweries and styles offered throughout the state. Through industry and educational events, its mobile application beer trail map, and by providing resources and marketing support to brewers, the nonprofit works to highlight Massachusetts as a top travel destination for craft beer in the U.S. The board also continues its work at the legislative level serving as the unified voice of craft brewers on Beacon Hill. The Massachusetts Brewers Guild is a 501(c)6 not-for-profit corporation. Learn more at Massbrewersguild.org.