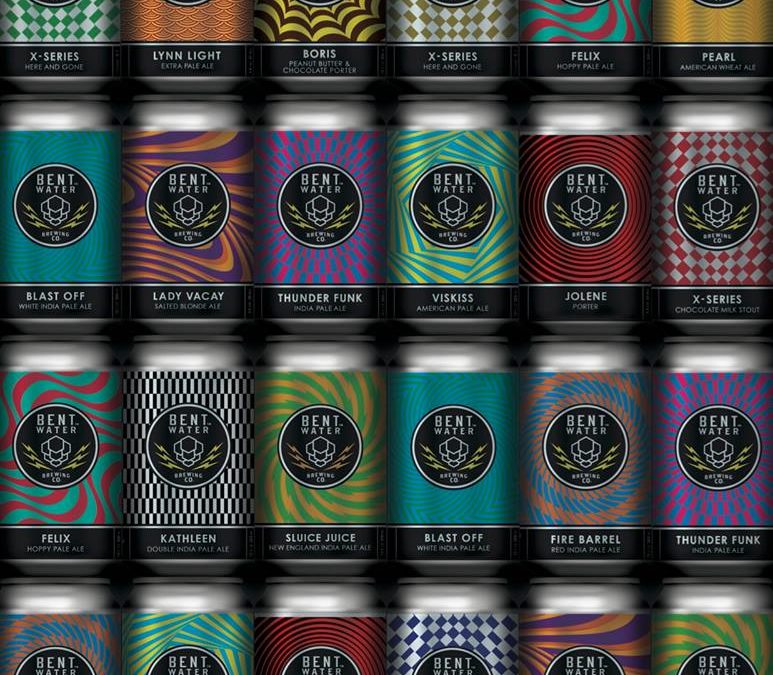 If you had told co-founder Aaron Reames when he broke ground on Bent Water Brewing back in August of 2015 that he’d be undertaking a major expansion of the brewery less than three years later, he probably wouldn’t have believed it. “You never know what’s going to happen when you start a new business,” he told us in a recent conversation about the future of the fast-growing brewery in Lynn. “Most of our beer is sold within a 25 mile radius of the brewery and its becoming a struggle to keep up with demand, so we need to expand, and we’re thrilled about it.”

Apparently consumers are thrilled as well, especially with their flagship IPA, Thunder Funk, and its big, bad sibling, Double Thunder Funk. Between the two of them, they account for half of all sales says Reames. And sales have been booming. After producing an impressive 2,500 barrels in its first year, Bent Water is on pace to more than double that figure in 2018. Having already maxed out brewing capacity at the existing facility, Reames and his partners plan to remedy that by building a new, larger production brewhouse next to their existing space at 180 Commercial Street.

The new digs will have all the bells and whistles that many of the big guys have, including a 30-barrel, three-kettle brewhouse, more than half a dozen 120-barrel fermenters and brite tanks, and a new canning line capable of filling both 12 and 16-ounce vessels. They’ll also construct a water treatment facility, and add a new, larger lab. The improvements, which Reames expects will be completed by mid fall, will allow them to double their current capacity, streamline their efficiency, and continue to focus on quality control, all without disrupting current operations.

When the project is finished, they’ll ship their existing 15-barrel system back to the manufacturer, but hold on to the 3.5-barrel pilot system they use for experimental beers. Recently, they used it to perfect their New England style IPA, Sluice Juice (another top seller), by soliciting consumer feedback on several iterations from taproom regulars and then tweaking the recipe until the got it just right.

No real changes are in store for the existing retail space, which fills growlers, sells cans to go and pours pints for on-site consumption in its dog-friendly taproom and parking lot patio. “The retail space isn’t really our focus with this project,” says Reames, who notes that more than 90 percent of the beer they produce is for distribution. “What we want is to expand our footprint by competing for more shelf space and tap lines. We think our product is up to the challenge.” Fans of their IPAs, both at the taproom and elsewhere, shouldn’t notice any disruptions during the expansion as the current brewhouse isn’t going anywhere until the new construction is complete.

Once it is, Reames and his colleagues will have doubled their capacity to live up to the brewery’s mission of combining science and art by “starting with water, and through careful, creative manipulation, bending that water into unique, flavorful brews.”