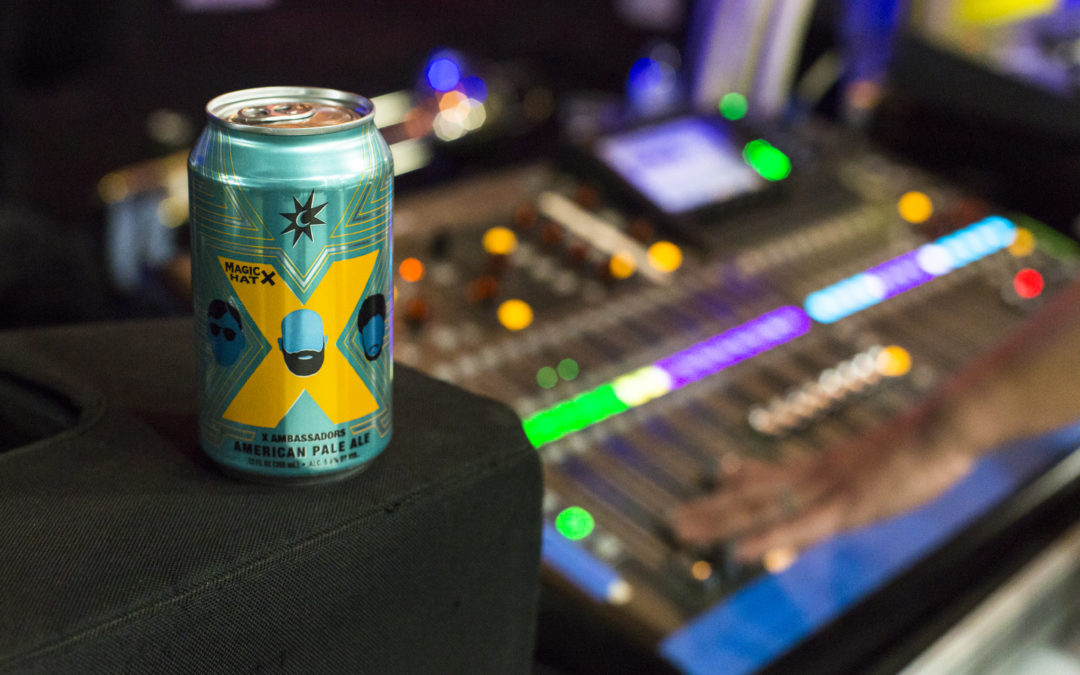 PRESS RELEASE / May 2, 2019 (South Burlington, VT) – The Magic Hat Brewing Company & Performing Arts Center has announced the release of Magic Hat X, an epic new collaboration with rock stars X Ambassadors. This American Pale Ale is kicking off just as the band begins their summer tour in support of their new album.

“We were stoked when the X Ambassadors dropped by The Artifactory for a beer before their gig in South Burlington last year,” said Mark Hegedus, president of Magic Hat. “We’d been enjoying their music on the radio here for a couple of years, so it was pretty surreal to see them in person.”

After finding out about their love of beer, the gears started turning. “They’re a great group of guys: grounded, humble, supportive of the communities,” Hegedus said. “So we started wondering if there was a way to capture this spirit in a beer, because our values aligned in a lot of ways.” 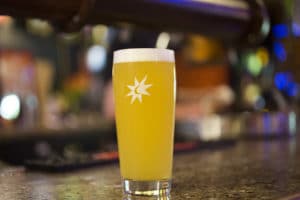 There was, and that beer is Magic Hat X, an American Pale Ale that exemplifies the X Ambassadors’ music and spirit in liquid form. Magic Hat X features lemon and melon hop notes that dominate over a light resinous character. It gets its flavor and aroma from Centennial, Huell Melon and Lemon Drop hops, while its superbly smooth finish is the result of malted wheat, flaked wheat and oats in the malt bill. It’s a beer that’s crushable anywhere, whether you’ve got floor seats at a show, a blanket laid out at a festival or you’re just kicking your feet up while spinning some vinyl.

Magic Hat X shipped to wholesalers April 1 and will be available in 6-pack 12-ounce cans and on draft through summer’s end.

About the Solid Gold Series

The Solid Gold Series is a limited group of beer-and-band collaborations with musicians Magic Hat digs and who dig them. This series is set to feature three epic collaborations of delicious proportions in 2019.

The Magic Hat Brewery has been putting in a performance into every bottle of beer since 1994. Today, the South Burlington, VT-based brewery puts out upwards of 175,00 barrels each year, and the brewing process, in all its strange satisfying glory, has never been more accessible.