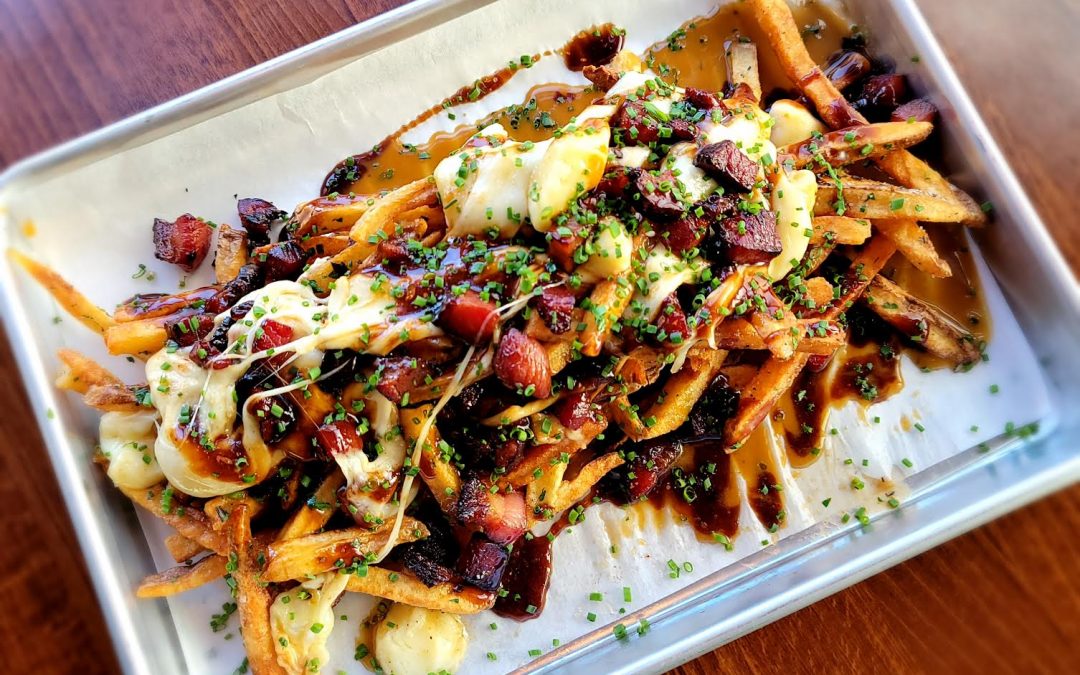 Bent Water will take over the taps with assorted craft offerings and a paired menu at The Blue Ox.

PRESS RELEASE / February 24, 2022 (Lynn, MA) – The Blue Ox is teaming up with Bent Water Brewing Co. to bring four of their craft ales to the Lynn restaurant’s taps. Featured for one-night-only, customers will be able to indulge in Bent Water’s Thunder Funk IPA, Dort Cloud Dortmunder-style Lager, Supercharger NE IPA, and Jolene Porter. To pair with these exceptional beers, The Blue Ox has crafted the Sin City Poutine, featuring the Jolene Porter.

Thunder Funk is Bent Water Brewing’s nod to the classic West Coast Style IPA, with citrus and pine flavors and a hoppy bite and is one of the pillars of the world-class Bent Water IPA portfolio. Dort Cloud is a limited release and Bent Water’s take on the pale lager that hails from Dortmund, Germany. This Dortmunder is somewhat maltier and darker gold than pilsner and balanced by a solid hop bitterness and noble hop aroma.

Supercharger, part of Bent Water’s Lynn Tribute Series, is a New England IPA that nods to the first American jet engine which was manufactured in Lynn, MA in 1941. A true Bent Water classic, Jolene was the third beer Bent Water released after opening. This American Porter is complex, yet subtle. It’s dark in color, yet light to drink. It’s easy to love. This seasonal release is available each winter.

Brand representatives from Bent Water will be handing out samples and answering any questions throughout the evening. Customers who order a Bent Water beer during the tap takeover will receive a branded glass to take home. The Bent Water beer offerings and menu pairing will be available for one-night-only at The Blue Ox, making this a can’t miss event.

About The Blue Ox

Since its 2009 opening, The Blue Ox, an upscale, casual American restaurant in Lynn, has been celebrated in its neighborhood and surrounding area. The Blue Ox has garnered awards and accolades for its signature Sin Burger winning Boston Magazine’s “Battle of the Burger” competition three years in a row and was a critically acclaimed entrant in the South Beach Food & Wine Festival. The concept of affordable, destination dining just around the corner was a huge success.