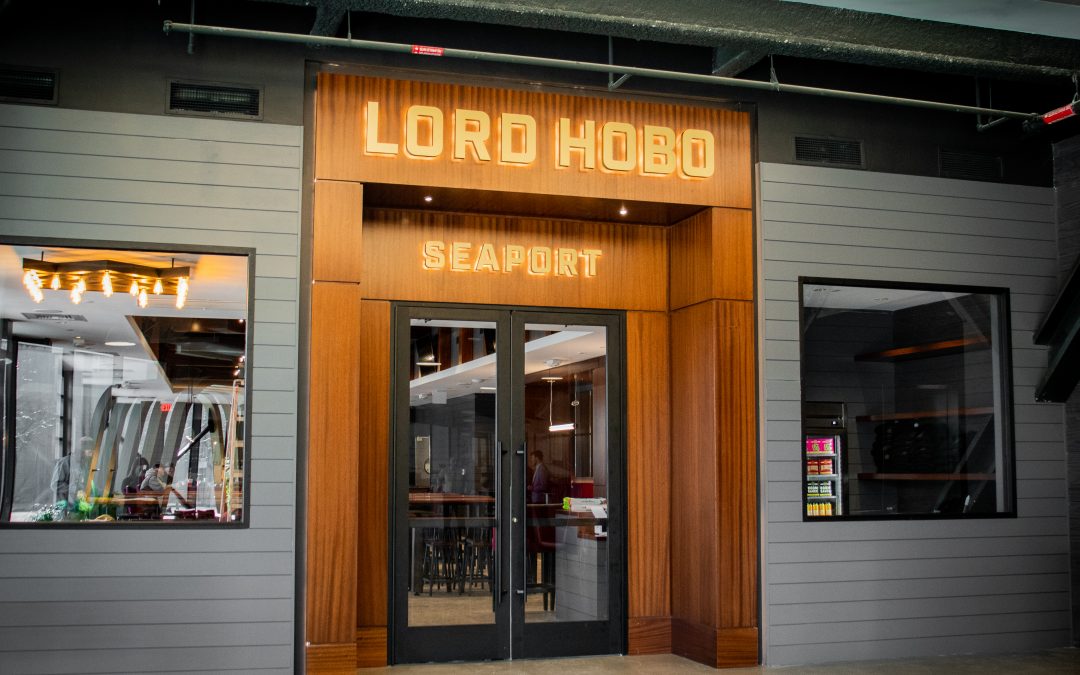 PRESS RELEASE / March 29, 2022 (Boston, MA) – Lord Hobo Brewing officially opened the doors to their seaport location on March 17, 2022. Located in the heart of the city, at 2 Dry Dock Ave, the restaurant and taproom sprawl into a 3,500 sq foot space, accommodating up to 160 patrons. Daniel Cassamajor, Seaport Executive General Manager, states, “We are incredibly excited to open to the Boston community. Some people might say having their grand opening on Saint Patrick’s Day in downtown Boston was a little crazy, but we couldn’t think of a better way to enter the city.” In addition to Lord Hobo Seaport’s indoor space, they will be opening their patio in early April, which will stretch along the building to safely accommodate another 380 customers. The outdoor space will include 52 tables, making it a little oasis cut right from downtown and an ideal Boston destination this season. 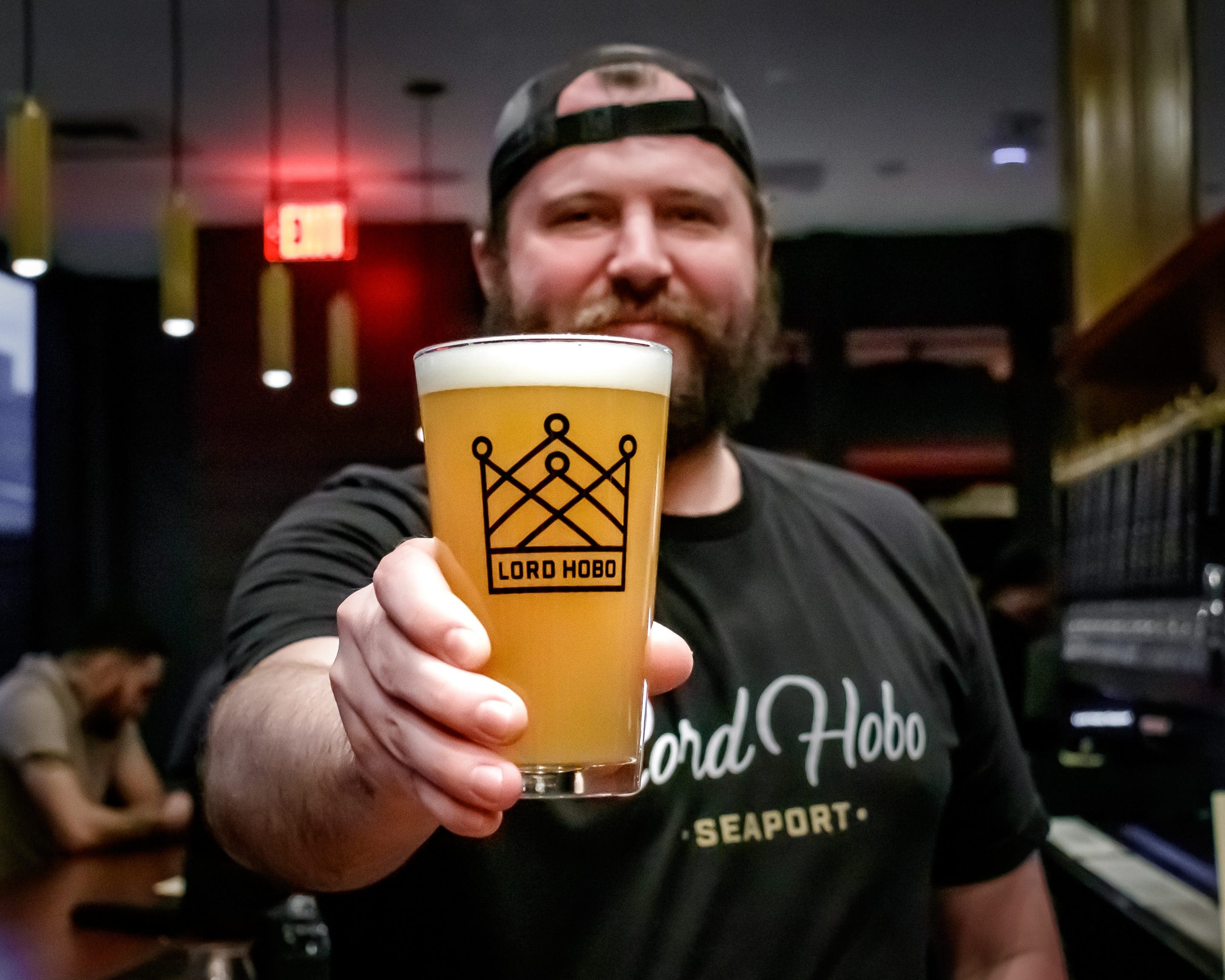 The entire space was designed by Embarc Design and built by Cafco Construction from the beginning to the end. Everything down to the seating was constructed with an upscale local flair. “We want to thank all of our partners for bringing this beauty to life. It was a long three years of planning with some unprecedented times, but it truly was worth the wait,” states Daniel Cassamajor. The draft lines consists of 16 rotating Lord Hobo beers including taproom exclusives, the core favorites, and guest taps from neighboring breweries. Additionally, Lord Hobo included a craft cocktail station with specialties, such as “Boss Man” which is a play on their classic Negroni and the owner’s favorite cocktail. The food menu has a refined twist on true New England fare that was crafted by Chef Scott McCarthy, a renowned chef known for his work from Grill 23 Bar & Grill and Post 360. His creations span from a mouth-watering, fresh-shucked Maine lobster roll to a classic chicken sandwich breaded with Freebird Golden Ale. Weekday hours are 4pm to 2am and weekend hours are 12pm to 2am, every day serving up food until 1 am for the late-night crowd. 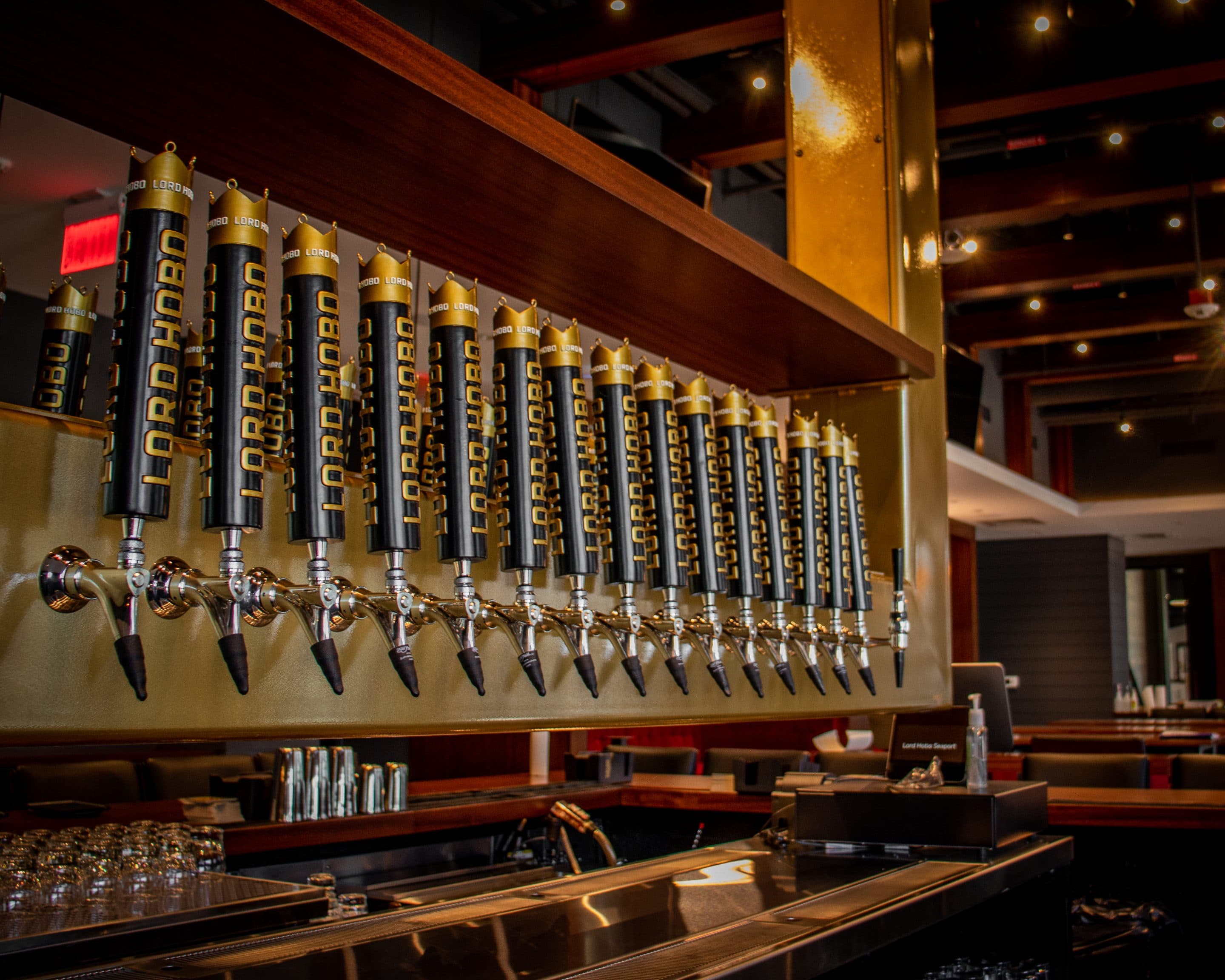 Lord Hobo Brewing Company, founded in 2015, was born out of a Boston craft beer bar. Now into our 7th year of operation, we continue to grow, bringing innovative New England-Style beers to our thirsty and dedicated fans. We are a self-made company that believes our consumers deserve to be recognized and appreciated for who they are.

Our brewery, located in Woburn, Massachusetts, is the nucleus of our company. Beginning with a small tasting room and only a handful of recipes, our Woburn Taproom now has a maximum seating capacity accommodating over 400 patrons. We additionally added a full kitchen and a beautiful outdoor patio. In addition to the Woburn taproom, Lord Hobo spans closer to the city with Lord Hobo Cambridge bar and the recent opening of Lord Hobo Seaport – a 3,500sq ft brewery and restaurant located in downtown Boston.

Lord Hobo beers are currently available in 12 states throughout the Eastern United States with 15 wholesaler partners.