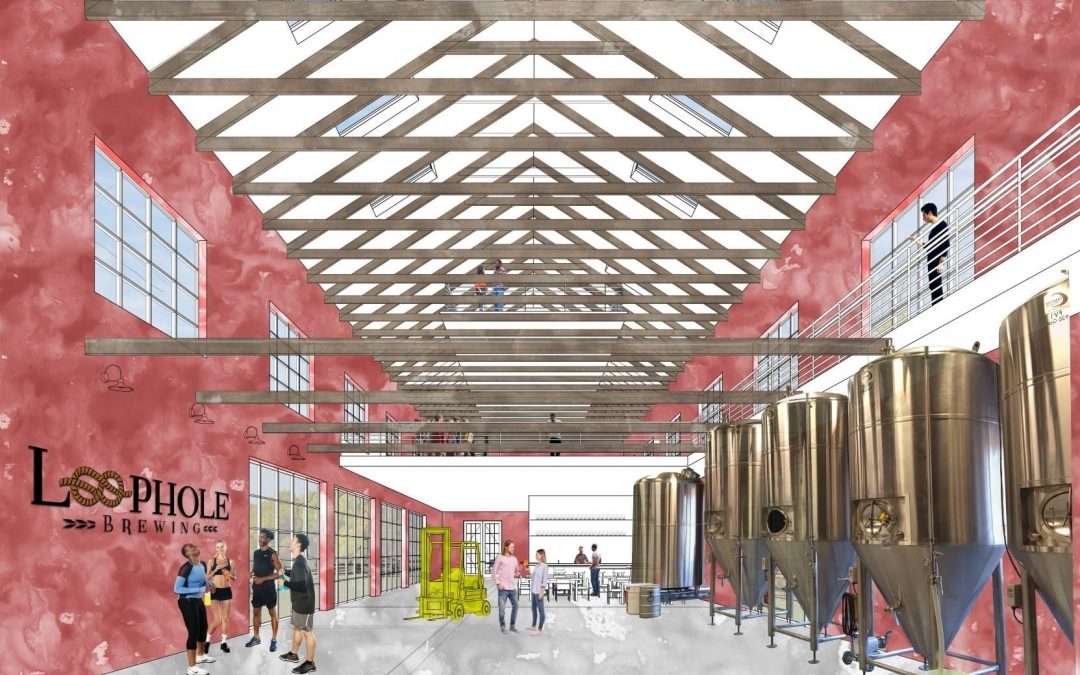 PRESS RELEASE April 22, 2021 (Chicopee, MA) – Loophole Brewing announced today that it will be joining the redevelopment of the former Facemate property in Chicopee by Singing Bridge, LLC. “We are thrilled about the site, the mixed use vision of the property, and to work with the Singing Bridge team to add to the region’s outstanding craft beer scene,” said Loophole Brewing co-founder Aaron Saunders. The taproom and production brewery will occupy the Baskin Building, an original structure on the property.

Leadership from Singing Bridge was recently joined by Chicopee Mayor John Vieau and city officials to announce the project which in addition to Loophole Brewing will include an indoor sports complex and market rate housing. “We wanted an exceptional brewery to join this project and that is what we got with Loophole,” said Singing Bridge partner Hammad Graham. Bill Stetson, a partner with Singing Bridge and owner of the Rumble Seat Bar & Grill, noted “The quality of the brand and the quality of the beer was highest priority in finding the right brewery to join us. Loophole Brewing and their team are going to be a great addition to our project.”
“The Baskin Building provides a unique opportunity to produce at the scale to service the over 500 bars, restaurants, and package stores that carry Loophole, while providing a taproom setting that will offer small batch and experimental beers.” Said Jeffrey Goulet, co-founder of Loophole Brewing.
The planned space will also include a unique food offering led by Loophole co-founder Todd Snopkowski, who experience as a chef included leading a team of 72 cooks which fed 15,000 athletes daily for two weeks during the Atlanta Olympics.