PRESS RELEASE / June 14, 2021 (Natick, MA) – (BUSINESS WIRE)–After a year at home, Boston residents are ready to venture out, and the opening of Level99 is set to give them the complete sensory adventure they’ve been craving. 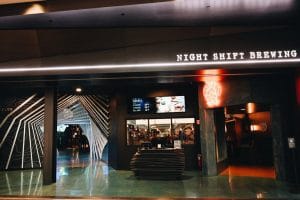 As grown-ups explore the space together, they’ll encounter a series of physical, mental, communication and skill-based challenges. They’ll swing on ropes over a floor of LED lava, run across a moving plank to board a pirate ship and navigate down a museum corridor filled with laser beams to steal a jewel.

“One minute you’re in an Aztec temple and the next minute you’re spinning around inside a giant combination lock,” said DuPlessie. “It puts you in the present moment with your friends and gives you a story to tell.”

Across the public spectacle of the player-versus-player arena games, 60 Night Shift Brewing taps will pour a range of more than 20 flavorful craft lagers, IPAs, stouts and sours.

“Level99 chose Night Shift as its brewer because we share the same relentless pursuit of quality,” said Night Shift Brewing Co-Founder Michael Oxton. “Everyone involved in this collaboration is working to ‘craft better’ in their own way.”

The idea for Level99 began as a dream.

“I dreamt it one night, five years ago,” said DuPlessie. I said, ‘This is good, let’s build it.’”

From there, DuPlessie’s team of engineers and programmers put more than 2,000 challenge concepts onto 8.5 x 11 sheets of paper, whittled them down to hundreds of prototypes and spent the last three years building and testing them.

Beyond active adults and craft beer foodies, Shaich sees a third audience for Level99: the business executive. “You can take your senior team to the function and private rooms for a meeting, then go play for an hour. It’s exactly where I would have taken the management team over at Panera Bread,” he said.

When Level99 leased the Natick Mall space formerly occupied by Sears, there was so much room, the company decided to build a full office complex for its company headquarters.

“Level99 Natick is the flagship location,” said DuPlessie. “We’re taking three businesses at the top of their game, putting them together to build something new and seeing what happens.”

Level99 is a spacious new entertainment venue with interactive challenges, craft beer bars and a scratch kitchen for a complete sensory adventure. To book a reservation, visit http://www.level99.com. 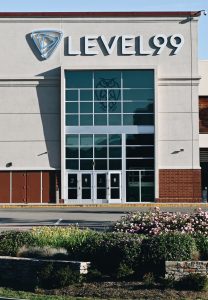 The beginning of an entirely new entertainment concept. 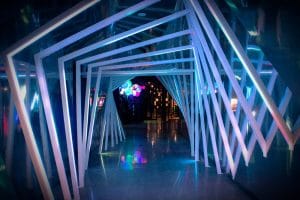 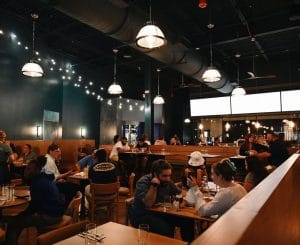