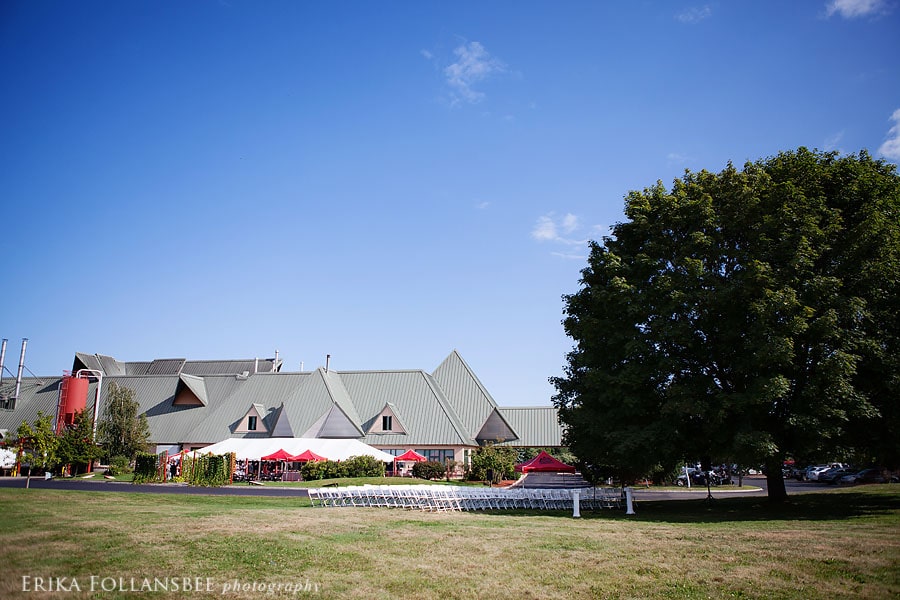 PRESS RELEASE / June 14, 2018 (Portsmouth, NH) – Nantucket-based Cisco Brewers will be bringing a slice of its laid-back island lifestyle to Portsmouth this summer with a new pub and event venue in Portsmouth. The location, which has operated under the Redhook brand since the 1990s, is owned by Craft Brew Alliance (CBA), which also owns and operates the Portsmouth brewery where it brews and packages a variety of CBA and partner brands.

The decision to transform the pub was an easy one for CBA and Cisco, who entered into a brewing and distribution partnership in 2015 to support Cisco’s growth in the Northeast. Cisco beers, including core favorites Whale’s Tale Pale Ale and Grey Lady, have been brewed at CBA’s Portsmouth brewery since the partnership began, and the Cisco portfolio has continued to grow with the addition of Madaquet IPA and the new grapefruit Gripah IPA.

Commenting on the new pub, Cisco Brewers CEO Jay Harman said, “Portsmouth is the perfect New England coastal town for us. Over the years, we’ve grown closer to the local community as our core portfolio has been brewed, packaged, and served here through our partnership with CBA. The Redhook Portsmouth pub and grounds have been a great destination for craft beer fans and music lovers for over two decades, and our long-term plan is to gradually upgrade the indoor and outdoor space to recreate a little slice of Nantucket Island right here in Portsmouth.”

The current Portsmouth pub staff will remain in their current roles with the rebranding, and Cisco is sending a large portion of its pub team from Nantucket to Portsmouth next week for a Cisco-brand “boot camp.” Over the next year, Cisco plans to organically transform the pub into a family-friendly hang out spot in the Nantucket mold.

“We’re really excited about the transition of our Portsmouth pub to an ‘off-island’ destination for Cisco lovers,” said Scott Mennen, COO of CBA. “The CBA Portsmouth brewery plays an important role as our east coast brewing hub and in the local community here, and we look forward to continuing to support the growth of this popular New England brand.”

Redhook continues to thrive in its local Seattle market, most recently opening a pub and innovation brewery called Redhook Brewlab in the Capitol Hill neighborhood of Seattle in 2017. Meanwhile, packaged Redhook beers will still be available at retail locations in New Hampshire.

The Portsmouth pub will be temporarily closed from June 19 through June 21 for initial renovations and reopen with a new menu and wide variety of Cisco beers on tap at 11:00am on Friday, June 22. The outdoor beer garden will remain open during the temporary pub closure.

Admission is free and open to all ages, even dogs are welcomed on the patio if they’re leashed! More details about the opening party can be found on Cisco’s Facebook page here.

Located near Cisco Beach on the island of Nantucket, Cisco Brewers is Nantucket’s first craft brewery. Founded by hard-working, entrepreneurial islanders who started selling beer from their outdoor brewery in 1995, Cisco has carved out its own special place where they tough out winters to celebrate summers. Over the years, Cisco has attracted a cult following among visitors and opens its doors to anyone making the trek. Named a top travel destination by Time Magazine, The Huffington Post, and Travel & Leisure, Cisco’s brewery is a common ground where people from all walks of life connect over classic and approachable craft beers like Whale’s Tale Pale Ale, Grey Lady, Indie IPA, Shark Tracker and Sankaty Light Lager. For more information about Cisco Brewers, visit http://www.ciscobrewers.com/.

Formed in 2008, CBA is headquartered in Portland, Oregon and operates breweries and brewpubs across the U.S. CBA beers are available in all 50 U.S. states and 30 different countries around the world. For more information about CBA and our brands, please visit www.craftbrew.com.