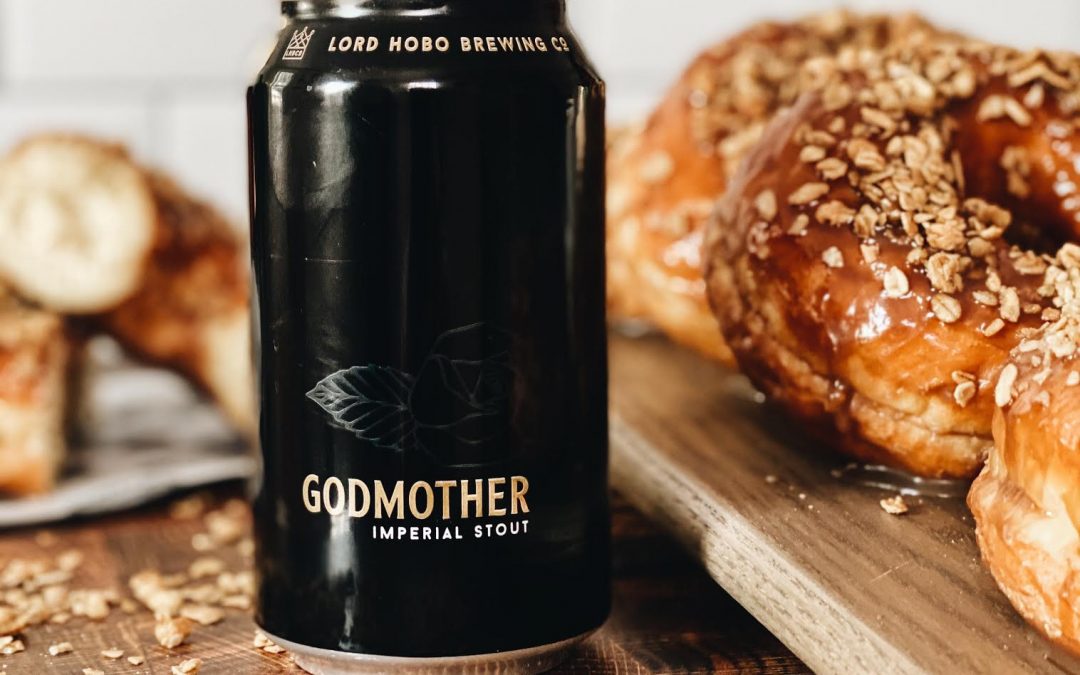 PRESS RELEASE January 4, 2021 Boston, MA – Kane’s Donuts is pleased to announce a limited-edition seasonal donut with Lord Hobo Brewing Company to bring customers The Godmother Donut. This scrumptious donut is in stores beginning January 1 and available through the month at all Kane’s Donuts locations: 120 Lincoln Avenue in Saugus, 1575 Broadway (Essex Landing) in Saugus, and 90 Oliver Street in Boston’s Financial District.

Tapping into Lord Hobo’s Godmother Imperial Stout, Kane’s has crafted yet another seasonal delight.  A collaboration with the Woburn brewery, this yeast donut features the Kane’s Sticky Bun glaze mixed with a rich reduction of Lord Hobo’s Godmother Imperial Stout and sprinkle of lightly sweetened toasted granola. With the stout’s hints of burnt brown sugar, caramel, molasses, and toasted oats, customers will get bittersweet, fairy-like goodness in every bite. 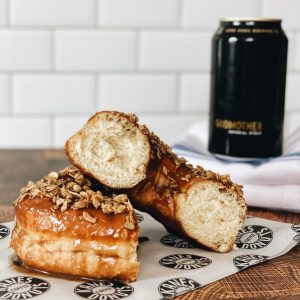 “Our loyal customers love when we work together with Massachusetts brewers to celebrate the flavors of the season,” said Kane’s Donuts Co-Owner Paul Delios. “The Godmother Imperial Stout worked perfectly for this January special – it’s a local taste that we hope our customers enjoy!”

Godmother Imperial Stout is a cherished companion to long dark nights indoors and will help stave off the encroaching cold of winter. At first sip, big roasty and chewy malts balance coffee and chocolate flavors with a pleasant balance of bitterness on the end. A subtle smooth sweetness suffuses throughout, making for a very drinkable Imperial Stout.

“Lord Hobo and Kane’s share the same dedication to our respective crafts and the same commitment to working with and supporting local and regional businesses,” said Lord Hobo Marketing Director, Aubree Karls. “Kane’s using our Godmother Imperial Stout is sure to make for some tasty treats for Bostonians this January.” 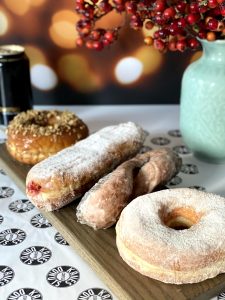 Founded in 2015, Lord Hobo is one of the fastest growing breweries in the United States. Our brewery and taproom are located in Woburn, MA, and we just expanded the taproom to include an outdoor patio, additional seating inside, and more food options. We are also expanding through the addition of satellite locations, starting with the opening of a large taproom and restaurant in Boston’s Seaport district this year.

At Lord Hobo, we strive to exceed expectations and provide consistently exceptional products, services, and experiences. We believe craft beer is one of the world’s most affordable luxury items and we’re determined to prove the value of the beer we bring to your table. Like you, we celebrate life, work, loved ones, and experiences, and we are proud to be a small part in your own story.