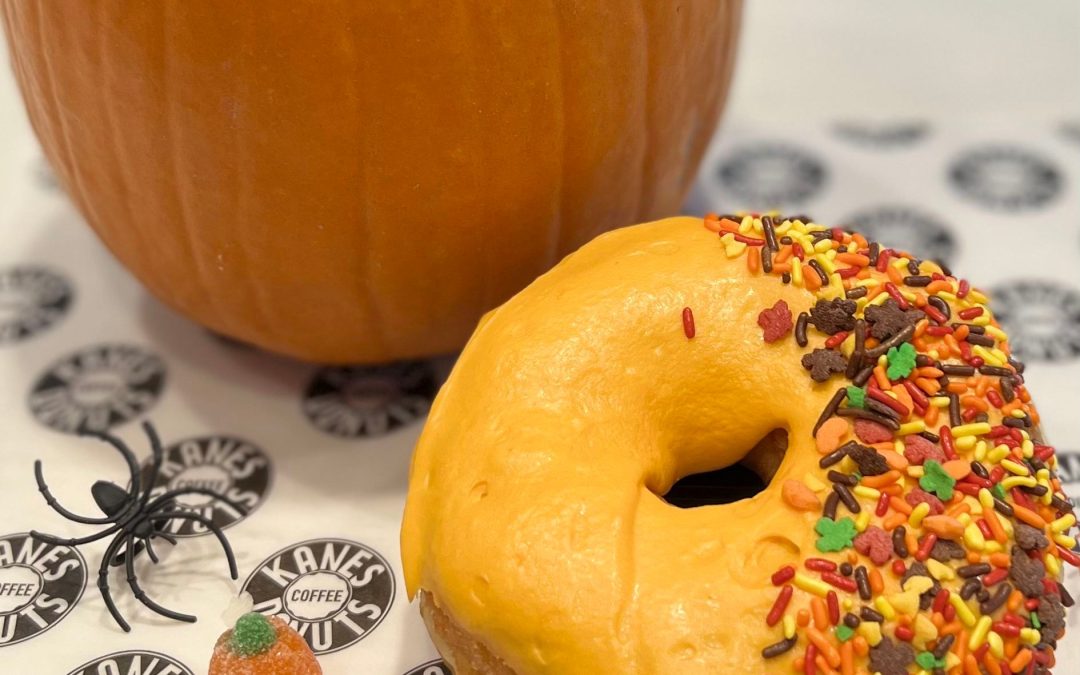 Tapping into UFO Beer Company’s pumpkin beer, Kane’s has crafted yet another seasonal delight.  UFO  Pumpkin Beer Donut is a cake-style pumpkin donut made with real pumpkin and spices drenched in a glaze made with reduced UFO Pumpkin Beer that has been infused in Kane’s Signature Honey Glaze. Kane’s Far From the Tree Hard Cider Donut is a cake-style apple cider donut drenched in a glaze made from reduced Juicy Mix Hard Cider, a blend of hard cider and fresh sweet cider, infused in their Signature Honey Glaze. All alcohol cooks off during the reduction process making both these donuts safe for all ages.

“Our loyal customers love when we work together with New England brewers and cider makers to celebrate the flavors of the season,” says Kane’s Donuts’ Co-Owner and Donut Master, Maria Delios. “The UFO Pumpkin Beer Donut and Far From The Tree Hard Cider Donut are sure to be their new fall favorites.”

UFO Pumpkin Beer is a blend of seasonal spices paired with a subtle sweetness of real pumpkin puree. At 5.9% ABV Medium-bodied and easy-drinking, our seasonal tradition finishes clean and smooth with lingering notes of cinnamon and nutmeg. To find this seasonal beer, you can find it at https://www.ufobeer.com/ufo-locator/. 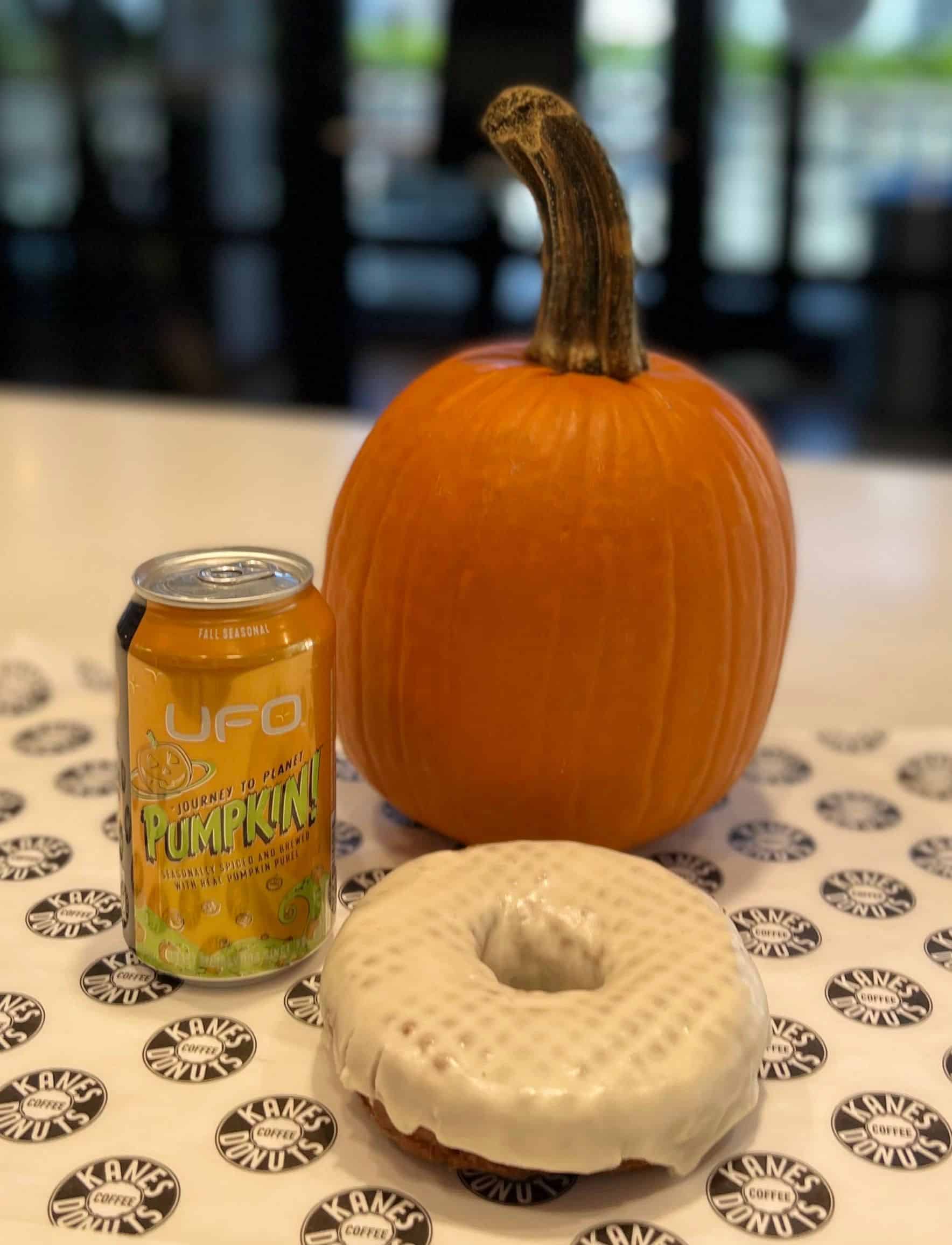 “One of the many joys of fall is, of course, the gift of pumpkin. Some pumpkins get made into jack-o-lanterns and baked goods, and a select few get pureed and added to this seasonally spiced ale. They make the Journey to Planet Pumpkin and now have the opportunity to make it to Kane’s Donuts. We are excited to watch this collaboration take off” says Jordan Kellem, Brand Manager of UFO Beer.

At 4.2% ABV Far From The Tree Cider’s Juicy Mix is a wonderful blend of hard and fresh sweet cider. This New England cider is unique and high-quality, made from local apples and all natural ingredients. Most apples don’t fall far from the tree, and the ciders made from them are generally quite similar. Juicy Mix is flavorful and a popular choice of cider that continues to stand out each fall season. To find this product, you can visit their locator: https://www.farfromthetreecider.com/locations. 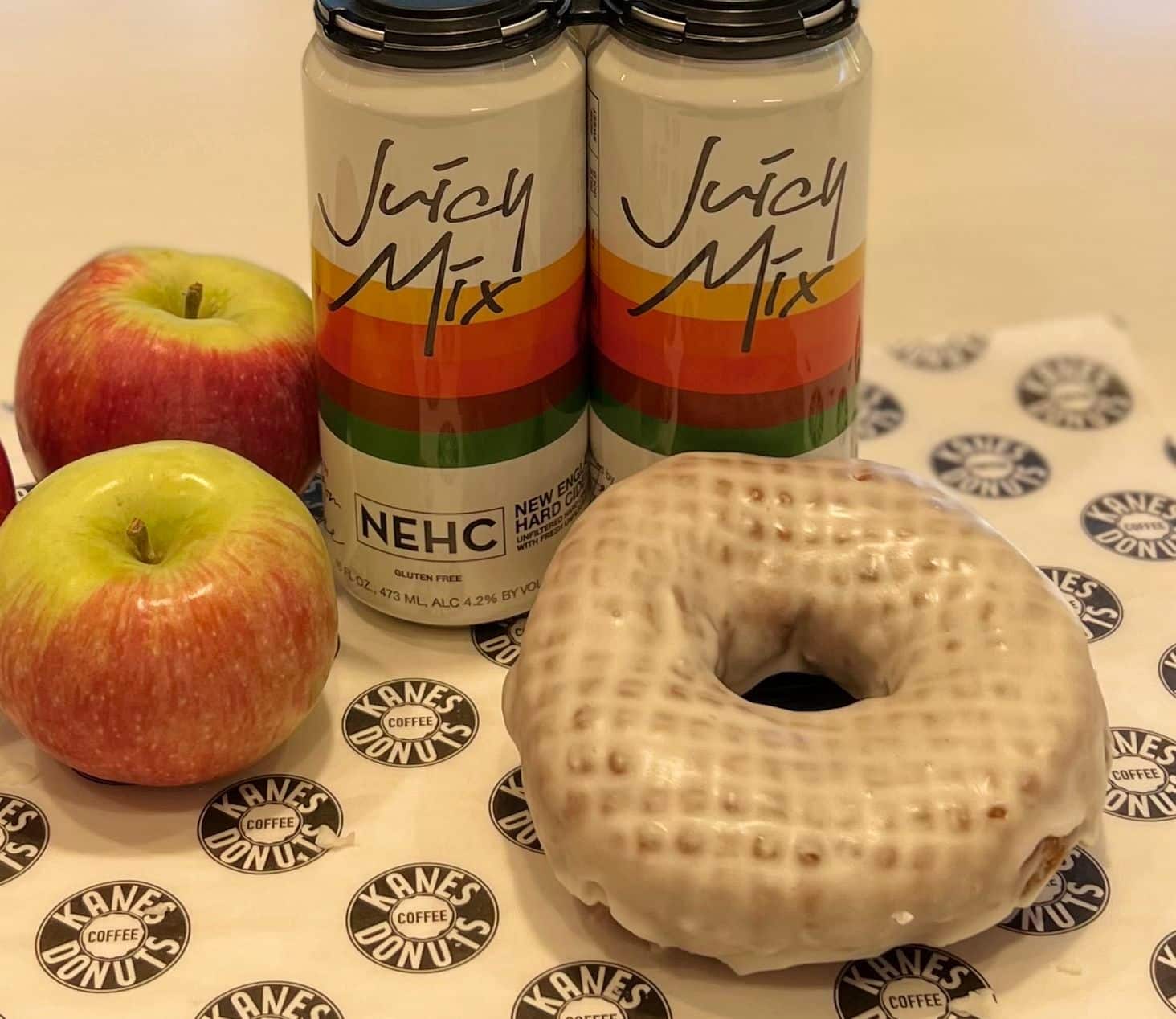 “As a North Shore business, we love being able to partner with other businesses in the area in a fun and creative way, says Alex Snape, Owner/Head Cider Maker of Far From the Tree. This collaboration of a limited-edition donut is an amazing opportunity to introduce more Bostonians to our brand and cider.”

Kane’s will also have a Fall Frosted Donut available for the month. This yeast-style donut is frosted with an orange vanilla frosting and is festively decorated.

Kane’s Donuts is New England’s legacy donut shop, ranked top-10 in the United States for serving handcrafted donuts and treats that are made fresh daily, and with local ingredients. Known for a superior daily selection of artisanal flavors and rotating monthly favorites, its continuous 64 years of service began with Kanes’ now-iconic “Legacy” store, which opened in 1955 in Saugus, Mass., and remains a local favorite for serving handmade products, seven days a week. For its 60th anniversary in March 2015, Kane’s opened a second location (“Kane’s Downtown”) in the heart of Boston’s financial district at International Place; and in March 2019, Kane’s reimagined the donut-buying experience with “Kane’s Flagship,” its largest location (with a drive-through and donut-prep observation area) at Essex Landing in Saugus. In 2018, Kane’s was named “Best Donut” by both Boston Magazine and the Improper Bostonian, and in 2019 won “Best of the North Shore” by North Shore magazine. It has appeared in Travel + Leisure, and Yankee magazines, among others; it’s consistently recognized by the Boston Globe, Boston Herald and local media; and has earned local and national attention for what many consider the best gluten-free cake donuts available at a traditional donut shop. Find Kane’s at www.kanesdonuts.com; on Instagram (@kanes_donuts) and Facebook and Twitter: (@kanesdonuts).