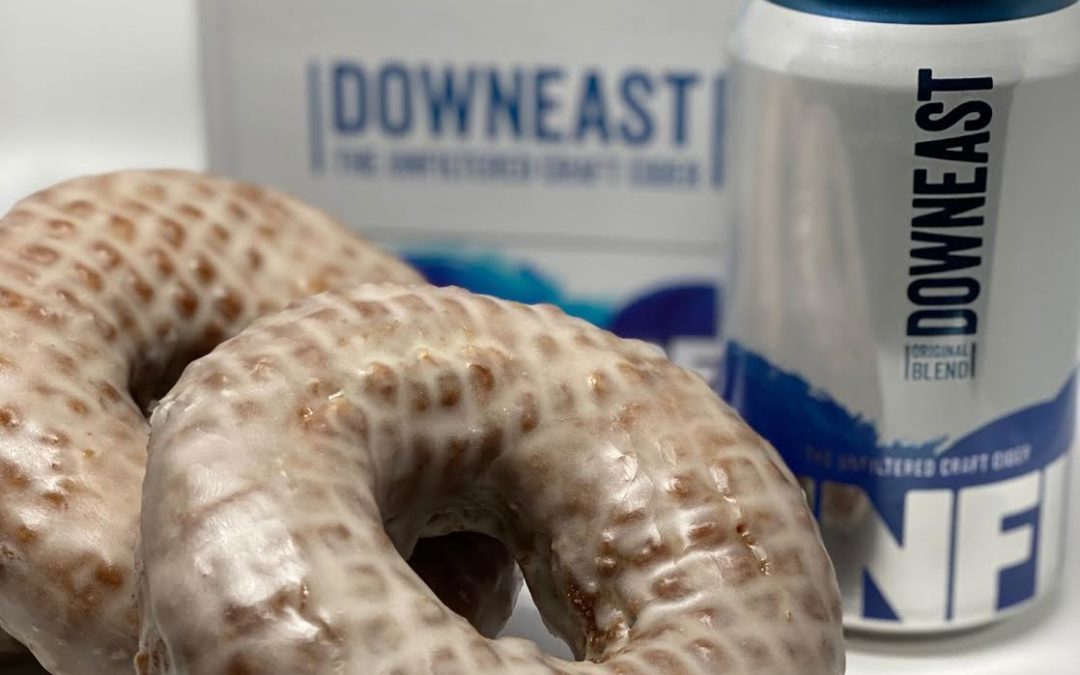 “Our loyal customers love when we work together with New England brewers and cider makers to
celebrate the flavors of the season,” says Kane’s Donuts’ President and Co-Owner, Paul Delios. “The
Smuttynose Pumpkin Ale Donut and Downeast Cider Donut are sure to be their new fall favorites.”

Downeast Cider Original Blend (5.1% ABV) is crafted with five fresh apples per can and left
unfiltered to keep the good stuff in. As the original unfiltered craft cider, Downeast’s Original Blend
is a crisp, hazy hard cider that tastes…like cider.

“Downeast Cider shares the same love for working with and supporting local businesses as Kane’s
Donuts,” says Pete McCoubrey, Downeast Cider House Brand and Product Marketing. “It’s an honor
to work with the most beloved donut company in Boston and join forces with it on the Downeast Cider Donut.” 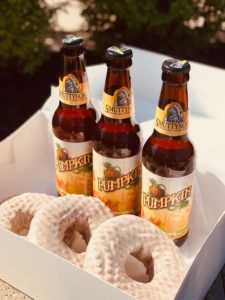 Smuttynose Brewing Company’s Pumpkin Ale is brewed with real pumpkin and traditional spices
like cinnamon, nutmeg, and clove, paying homage to historic beer recipes calling for the use of
pumpkins that date back to early colonial times. It&#39;s a hearty, deeply balanced ale with a cornucopia
of fall aromas to match a flavor profile that’s robust and complex without being overwhelming.

At 5.9% ABV, Smuttynose Pumpkin Ale is an honest, flavorful and highly drinkable fall beer that
continues to stand out in a sea of imitators.

“Partnering with this beloved Boston brand is a great way for us to show support for New England
food and beverage businesses that have the same commitment to quality as we do,” says
Smuttynose CMO and VP Aubree Giarrosso. “The limited-edition donut is an amazing opportunity to
introduce more Bostonians to our brand and delicious Pumpkin Ale.”

In October, Kane’s will also feature fall favorites like the Apple Spice-Filled Donut—a yeast-style
donut filled with apple pie filling that is rolled in cinnamon and sugar—and its gluten-free flavors
will repeat September’s wildly popular Pumpkin Spice and Apple Cider, both cake-style, and both
dipped in Kanes’ signature honey glaze. Finally, to offset all those fall fruits and spices, Kane’s will
offer the fan-favorite Reese’s Cup cupcake for the month.

About Kane’s Donuts
Kane’s Donuts is New England’s legacy donut shop, ranked top-10 in the United States for serving
handcrafted donuts and treats that are made fresh daily, and with local ingredients. Known for a
superior daily selection of artisanal flavors and rotating monthly favorites, its continuous 64 years
of service began with Kanes’; now-iconic “Legacy” store, which opened in 1955 in Saugus, Mass., and remains a local favorite for serving handmade products, seven days a week. For its 60th
anniversary in March 2015, Kane’s opened a second location (“Kane’s Downtown”) in the heart of Boston’s financial district at International Place; and in March 2019, Kane’s reimagined the donut- buying experience with “Kane’s Flagship,” its largest location (with a drive-through and donut-prep observation area) at Essex Landing in Saugus. In 2018, Kane’s was named “Best Donut” by both Boston Magazine and the Improper Bostonian, and in 2019 won “Best of the North Shore” by North Shore magazine. It has appeared in Travel + Leisure, Saveur and Yankee magazines, among others; it’s consistently recognized by the Boston Globe, Boston Herald and local media; and has earned local and national attention for what many consider the best gluten-free cake donuts available at a traditional donut shop. Find Kane’s at www.kanesdonuts.com; on Instagram (@kanes_donuts) and Facebook and Twitter: (@kanesdonuts).