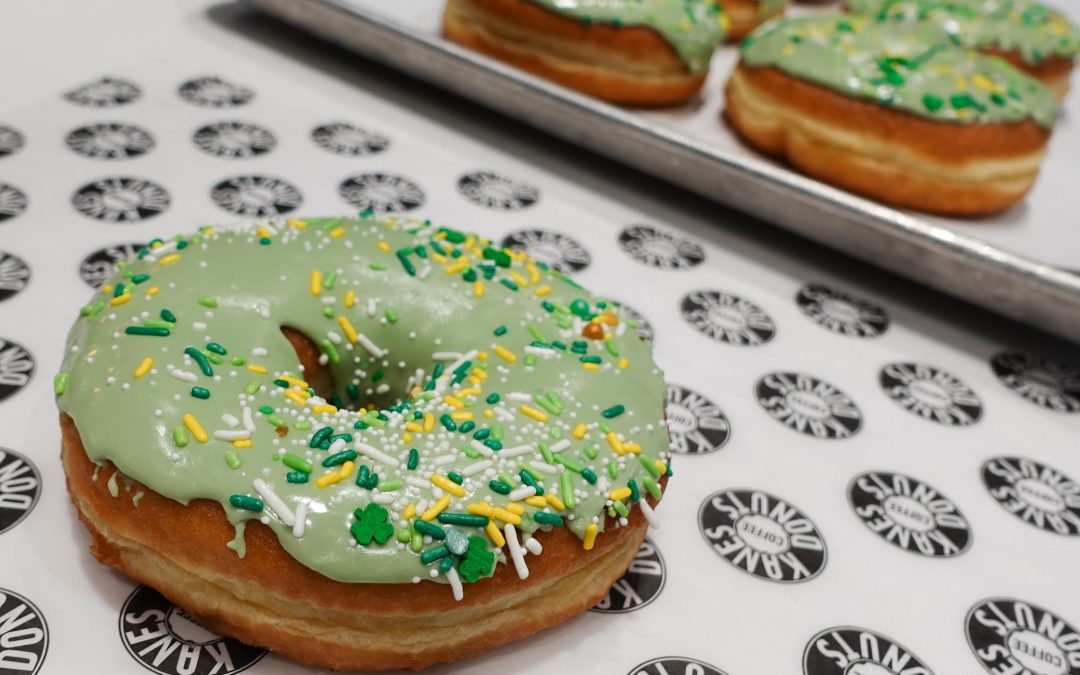 The Good Evening Donut will be available Thursday,

“Being a Massachusetts-based business, we take pride in staying true to our roots and supporting other local and like-minded companies through collaboration and always using local ingredients, when possible,” said Maria Delios, co-owner of Kane’s Donuts. “We know our loyal customers are going to love our latest collaboration with Castle Island Brewing Co., just in time for St. Patrick’s Day.”

Castle Island’s take on a Guinness, Good Evening is a nitro session stout and available exclusively in their taprooms. With an ABV of 4.9% and flavors of milk chocolate, roasted chestnut, and breakfast cereal, it pairs perfectly with the sweet flavors of a donut.

“It’s been an incredible experience collaborating with Kane’s Donuts, and the timing couldn’t have been better. Having just opened our new taproom in South Boston back in the fall of 2021, we knew our first St. Patrick’s Day in the neighborhood would be one worth celebrating — especially with the return of the parade after a two-year absence,” said Derek Hannan, Communications Manager for Castle Island Brewing Co. “Creating a donut together for St. Patrick’s Day that highlights what we both do best is such an awesome addition to an already incredible holiday weekend.”

Castle Island is an award-winning brewery dedicated to the idea that beer should be inclusive, approachable, and excellent. Established in 2015, Castle Island has built a reputation for quality and consistency with beers like Keeper, the company’s flagship IPA, and Fiver, a hazy IPA that supports five local non-profits, plus a variety of year-round and limited release offerings. Their original location in Norwood, MA is home to a taproom and production facility, which is open to the public daily. In 2021 they opened a new location in South Boston, MA, three short miles down the road from the brewery’s namesake landmark. This new taproom offers guests a lineup of South Boston-exclusive beers, along with award-winning South Shore-style bar pizza from Bardo’s. Castle Island’s beer can be found in bars, restaurants, and liquor stores throughout Massachusetts and Rhode Island. For more information about Castle Island, visit www.castleislandbeer.com.