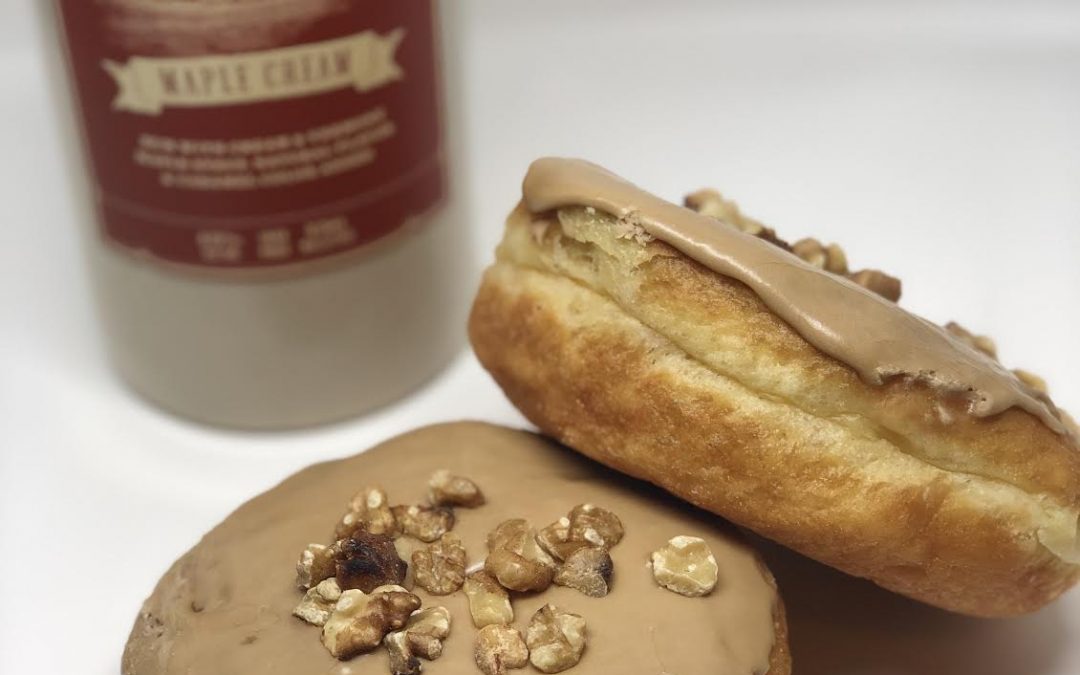 PRESS RELEASE September 29, 2020 (Boston, MA) – Kane’s Donuts and Boston Harbor Distillery (BHD) have once again come together to host a pop-up at the distillery’s iconic home in Port Norfolk, Dorchester on Sunday, October 4th, 2020. The fall-themed pop-up features all four of Kane’s October specials along with eight tried-and-true flavors.

These donuts are available for purchase via cash only.

In addition to the pop-up, Boston Harbor Distillery will be running their regularly scheduled tours and tastings, along with serving an assortment of delicious cocktails. For more information on tours and tastings please visit www.bostonharbordistillery.com.

The Maple Cream Donut, Mocha Latte Donut, Sam Adams Jack-O Pumpkin Ale Donut and Angry Orchard Hard Apple Cider Donut will be available at all Kane’s Donuts locations through the month of October along with their permanent menu items.

Boston Harbor Distillery creates proprietary craft spirits that integrate rich history, distinctive experiences and beverage culture into each bottle it produces. Housed in a pre-Civil War era building overlooking Boston Harbor, the Distillery serves as both a distilling facility and an event space, tour and tasting room, and mercantile. BHD is located at The Port on Boston Harbor, 12R Ericsson Street in the Dorchester/Neponset section of Boston. For additional information about tours, tastings and hours, visit Boston Harbor Distillery online on their website, ‘like’ them on Facebook or follow them on Twitter and Instagram.