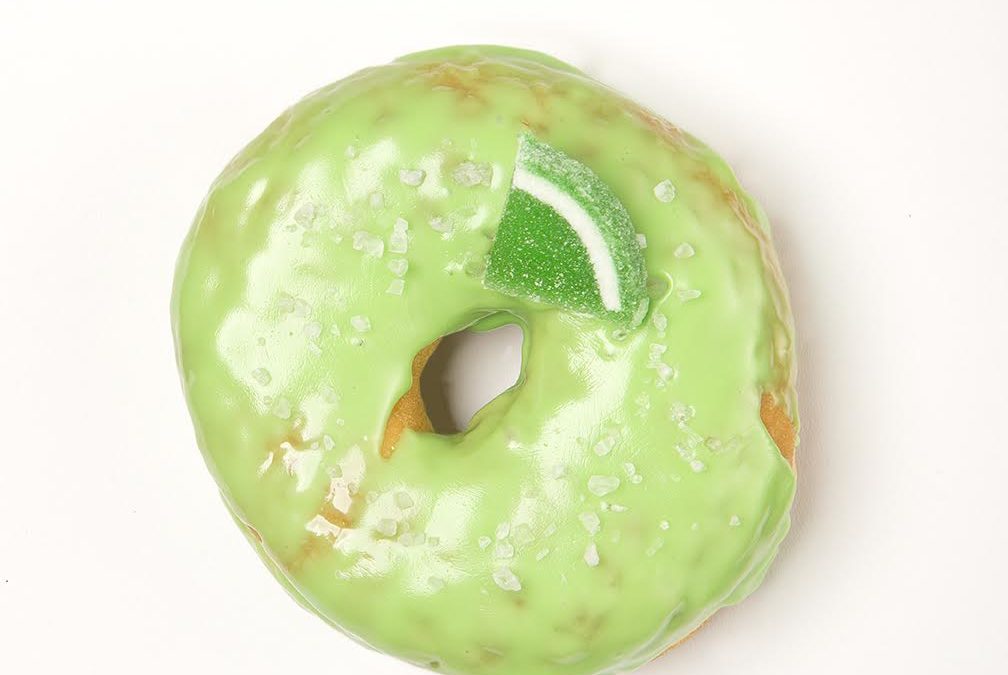 PRESS RELEASE / May 4, 2020 (Boston, MA and Saugus, MA)  – Kane’s Donuts is pleased to announce a collaboration with Westport-based Westport Rivers Vineyard & Winery for a limited-edition May flavor of the month in honor of Kane’s 65th Anniversary and Mother’s Day – the ‘Pop the Cork’ Donut. This scrumptious donut creation will be available in May at all three Kane’s Donuts’ locations: Kane’s Legacy (120 Lincoln Ave.in Saugus); Kane’s Flagship (1575 Broadway, on Rt. 1 at Essex Landing in Saugus), and Kane’s Downtown (90 Oliver St. in Boston’s Financial District, at International Place). 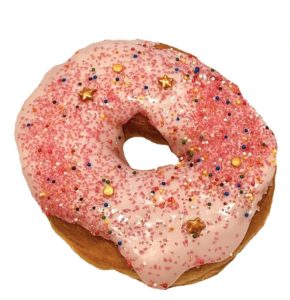 Using Westport Rivers Vineyard & Winery’s Farmer’s Fizz, Kane’s has crafted this celebratory delight. The ‘Pop the Cork’ Donut is a yeast-style donut frosted with a reduction of the award-winning vineyard’s Prosecco-style Farmer’s Fizz that has been infused into Kane’s classic honey-glaz

“We are huge fans of Kane’s and are so excited to be partnering with them to celebrate their 65th Anniversary and Mother’s Day,” said Rob Russell of Westport Rivers Vineyard & Winery. “The limited-edition donut is an amazing opportunity to introduce more Bostonians to our brand and delicious local wines.”

For the month of May, Kane’s is also featuring a Honey Blueberry Donut, a yeast-style donut bursting with blueberry filling and finished with Kane’s signature honey-glaze along with a Vanilla-Frosted M&M Donut, a pillowy yeast donut with a mild vanilla frosting and crunchy mini-M&Ms.

Paul Delios, co-owner and president of Kane’s Donuts, adds, “We take pride in collaborating with other like-minded companies, so partnering with a company like Westport Rivers that has so much history in the state was the perfect fit to celebrate our 65th Anniversary and the women who raised us.”

For all the Southcoast Kane’s fans, the ‘Pop the Cork’ donut and other Kane’s favorites will be coming to Westport Rivers Winery for one-day-only! On Saturday, May 9th from 11am – 5pm, the Kane’s Donuts will be available for pickup at the winery. Orders must be placed prior to pick up through the winery’s online store, preorder ends Thursday, May 8th at 6pm. Curbside pickup will be available by calling 508-636-3423. If customers would prefer to browse the wine selection (all wine is 30% off) at the Company Store while they pick up their donuts, keep in mind that face masks must be worn per order of the local Board of Health.