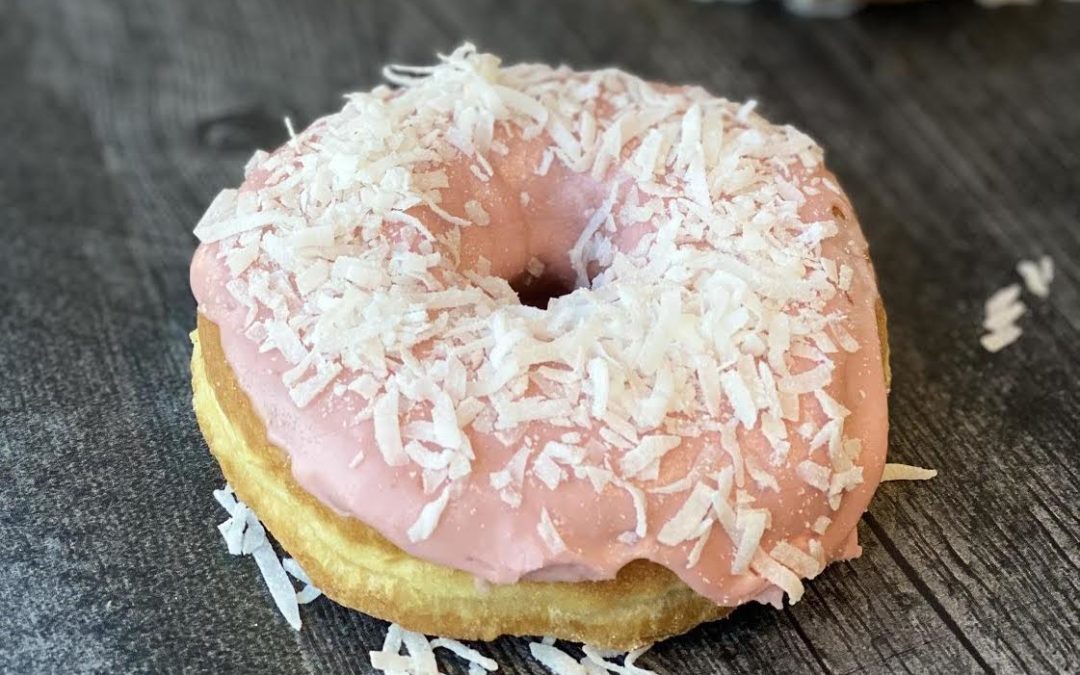 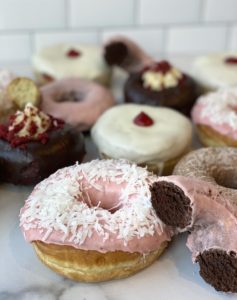 The Pink Boa Donut is a yeast style donut, frosted with a thick layer of strawberry frosting made from fresh strawberries, and dusted with feathery, shredded sweetened coconut. The Red Velvet Cream Cheese Donut is a red velvet cake donut dipped in chocolate ganache and ﬁnished with a dollop of cream cheese frosting in the middle and red velvet crumbles.

Inspired by the submission from one of their Instagram fans, Kane’s also presents the 2020 Kane’s Valentine’s Day Flavor of the Year: The White Strawberry Dream. It’s a yeast donut filled with rich strawberry filling and covered in an even richer and creamier white chocolate ganache. This donut will be available on Friday, February 14 th only. And don’t forget, Kane’s Donuts are Love!

About Kane’s Handcrafted Donuts
Kane’s Donuts is Boston’s legacy donut shop and ranked top-10 in the United States for serving creative, handcrafted donuts that are made fresh all day (every day!) with local ingredients. Known for a superior selection of regular flavors and innovative monthly specials, Kane’s is chef- owned and operated by longtime Boston chef Paul Delios and his family, who have run Kane’s for more than 30 of its continuous 65 years. Kanes’; now iconic “Legacy&quot; store opened in 1955 in Saugus, Mass., and remains a favorite for locals and destination diners, seven days a week. For its 60th anniversary in 2015, “Kane’s Downtown” opened in Boston’;s financial district at
International Place; and in 2019, Kane’s reimagined the donut-shop experience with “Kane’s Flagship” —its largest location, with drive-through and donut-prep observation area—along Saugus’ popular Rt. 1 dining mile. Boston Magazine and the Improper Bostonian named Kane’s “Best Donut”; in 2018, and in 2019 it won “Best of the North Shore”; by North Shore magazine.Kane’s Donuts has appeared on the Travel Channel, in The London Times, and in Travel+Leisure,
Saveur and Yankee magazines (among others); it’s consistently recognized by local media; and it’s earned local and national attention for what many consider the best gluten-, dairy- and nut-free cake donuts made by a traditional donut shop in the United States. Explore Kane’s at www.kanesdonuts.com