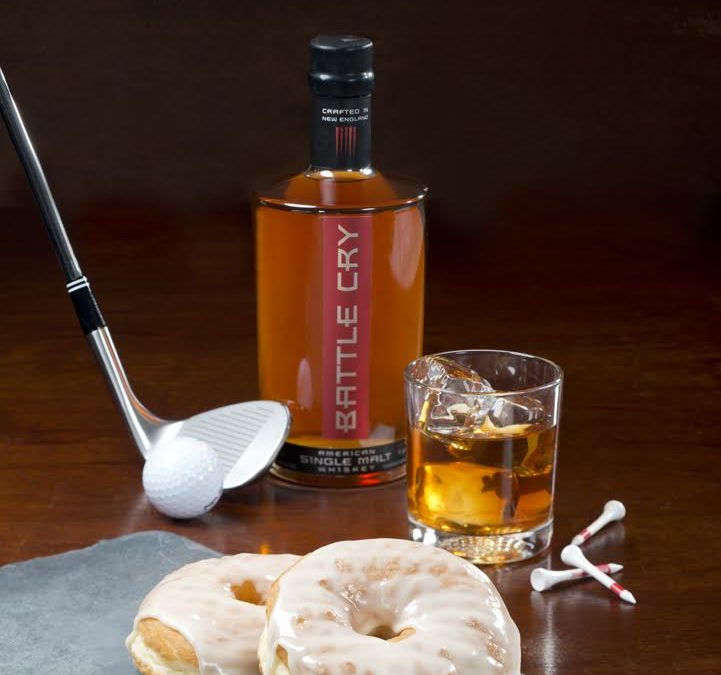 PRESS RELEASE /  June 1, 2020 (Boston, MA) – Kane’s Donuts and Sons of Liberty Spirits have come together again to create the ultimate Father’s Day treat. No, it’s not another tie or power tool, it’s a Whiskey Glazed Donut! This year, give dad something that won’t get lost at the bottom of a closet — a dozen whiskey donuts won’t last long enough for that. This bad boy will be available at all Kane’s locations beginning Monday, June 1st through Tuesday, June 30th.

The whiskey glaze is created using Sons of Liberty Spirits’ award-winning Battle Cry Whiskey, an American Single Malt born from a Belgian-style ale. Using 100% malted grains, Battle Cry incorporates rye malt and honey malt for added spiciness and sweetness, respectively. Fermented with a Trappist-style yeast strain and aged in newly charred American Oak Barrels, Battle Cry is a unique experience from beginning to end – hints of dark fruit and spices, such as anise and black licorice, with a distinct sweetness.

Kane’s boiled down the Battle Cry to cook out most of the alcohol and then blended it with sugar, local organic honey, and butter to craft a divine whiskey glaze fit for a king, like dad! Since this donut is too good to only serve for one weekend, they have made it one of their June flavors of the month!

The above-mentioned flavors of the month are available at all Kane’s locations beginning June 1 through 30.

Kane’s Donuts is Boston’s legacy donut shop and ranked top-10 in the United States for serving creative, handcrafted donuts that are made fresh all day (every day!) with local ingredients. Known for a superior selection of regular flavors and innovative monthly specials, Kane’s is chef-owned and operated by longtime Boston chef Paul Delios and his family, who have run Kane’s for more than 30 of its continuous 65 years. Kanes’ now iconic “Legacy” store opened in 1955 in Saugus, Mass., and remains a favorite for locals and destination diners, seven days a week. For its 60th anniversary in 2015, “Kane’s Downtown” opened in Boston’s financial district at International Place; and in 2019, Kane’s reimagined the donut-shop experience with “Kane’s Flagship”—its largest location, with drive-through and donut-prep observation area—along Saugus’ popular Rt. 1 dining mile. Boston Magazine and the Improper Bostonian named Kane’s “Best Donut” in 2018, and in 2019 it won “Best of the North Shore” by North Shore magazine. Kane’s Donuts has appeared on the Travel Channel, in The London Times, and inTravel+Leisure, Saveur and Yankee magazines (among others); it’s consistently recognized by local media; and it’s earned local and national attention for what many consider the best gluten-, dairy- and nut-free cake donuts made by a traditional donut shop in the United States. Explore Kane’s at www.kanesdonuts.com; on Instagram (@kanes_donuts) and Facebook and Twitter: (@kanesdonuts). 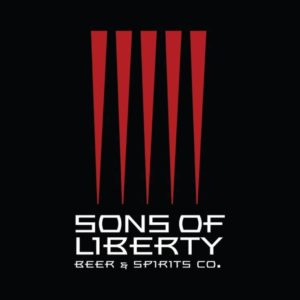 About Sons of Liberty Spirits Co.

The Sons of Liberty (www.solspirits.com) believe that being American means taking a stand without compromise and fearlessly pursuing your dreams no matter what stands in your way. Sons of Liberty Spirits was founded to revolutionize and redefine American Spirits, and they are doing so using a beer into spirit methodology. Challenging century old traditions, Sons of Liberty produces two American Single Malt Whiskies born from distinctly flavorful beers (UPRISING and BATTLE CRY) and the first-ever seasonal line of whiskies (Sons of Liberty Seasonals). Proving their passion has now bounds, the whiskies are accompanied by True Born Gin – Belgian Wheat Act, a Genever Style Gin distilled from a Belgian Wheat Beer. The Sons of Liberty distillery is located in South Kingstown, Rhode Island and their products are distributed throughout Rhode Island, Massachusetts and Connecticut. Please visit www.solspirits.com/where-to-buy to find locations carrying Sons of Liberty products.