Following several years at Chef de Cuisine at Eventide Fenway and other positions at several restaurants around Boston, notably Menton and Bar Mezzana, Ian Maschal brings his expertise of locally-sourced food and kitchen management to the Beer Hall.

With Director of Hospitality Megan Parker-Gray leading the charge, the Beer Hall will be revamping its customer experience, from food program to service training.

The updated menu will focus on fare that complements our beer brewed on-site – utilizing top-quality, locally-sourced ingredients. A selection of Wood-Fired Pizzas will remain the cornerstone of the menu, while a succinct list of rotating, seasonal dishes will round out the offerings. 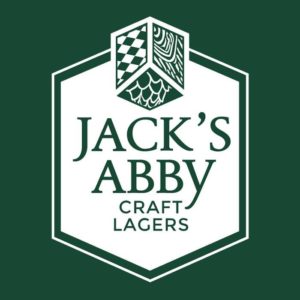 Jack’s Abby Craft Lagers has been brewing world class lager using traditional German standards and American innovation since 2011.  Founded by three brothers, Jack, Eric, and Sam Hendler, Jack’s Abby has become a mainstay of the craft brewing scene in the Northeast and nationwide.  Brewing lager, and only lager, has allowed American consumers to celebrate the rich history of German brewers and expand their palettes at the same time.  Jack’s Abby challenges the idea that American lager belongs to macro brewers, elevating its position in the craft beer marketplace.