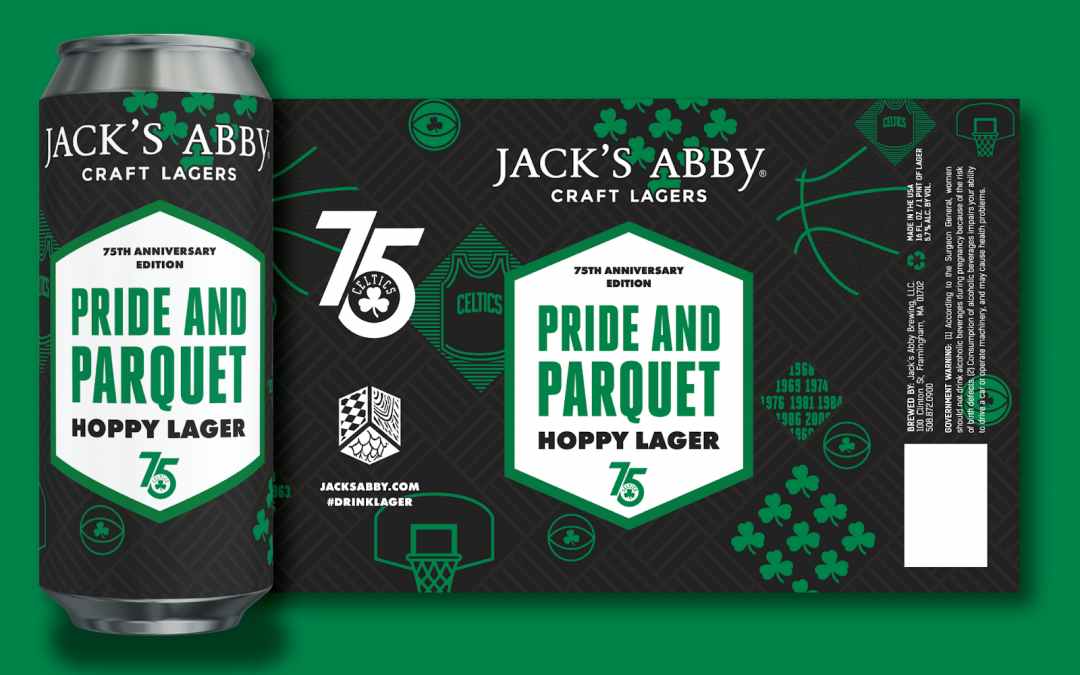 To celebrate the launch of the anniversary season and the fact that the Celtics are one of the original teams, Jack’s Abby felt that the start of the season deserved something special. Just like the Celtics have new specialty uniforms, Pride and Parquet is getting a whole new look with a limited-edition label to toast to 75 great years! The label won’t be around long. It is being released in the Jack’s Abby Beer Hall in Framingham Friday, October 22nd and in stores throughout New England starting Monday, October 25th for a limited time.

“The NBA will be celebrating 75 years this season and the Celtics are one of the two original teams to keep their name and city for that entire history.  That’s an incredible accomplishment and something to be proud of.  We wanted to punctuate this moment with a commemorative, limited edition can that reflects the heritage and pride of the Celtics over 75 years and gives our fans something special.” – Rob Day, Senior Director of Marketing at Jack’s Abby Craft Lagers 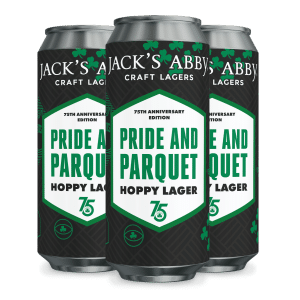 “The 75th season is a great opportunity for Celtics fans to reminisce and celebrate the many championships, legends, and iconic moments that help make up this franchise’s illustrious history, and our friends at Jack’s Abby have come up with a great way to commemorate this milestone. We look forward to seeing the limited edition of Pride and Parquet in stores soon!” – Ted Dalton, Senior Vice President of Corporate Partnerships & Business Development at the Boston Celtics

“Every year, the Celtics come to the court with new drive, new ambition, and new hopes for the season. We wanted to capture that spirit of excitement with these limited edition cans. Symbols of the Celtics’ history are woven into the pattern of the parquet, capturing 75 years of memories, diligence, and hard-earned victory. Our first year as the Official Craft Brewery of the Boston Celtics was incredibly special to our team, and like the Celtics, we’re ready to hit the shelves to start the season with renewed vigor.” – Anna Keaney, Lead Graphic Designer at Jack’s Abby Craft Lagers

Pride and Parquet is the Official Craft Beer of the Boston Celtics, and is part of a four-year partnership between Jack’s Abby Craft Lagers, a family-owned brewery based in Framingham, MA, and the sports institution.

Pride and Parquet is an easy-drinking 5.7% ABV hoppy lager that was first released at the beginning of 2021. Pride and Parquet is built with pride. The Celtics feel their pride on the parquet and the team at Jack’s Abby feels it on brew day. With this beer, we set out to show that when two Boston Legends team up – Anything is Possible.

About The Boston Celtics