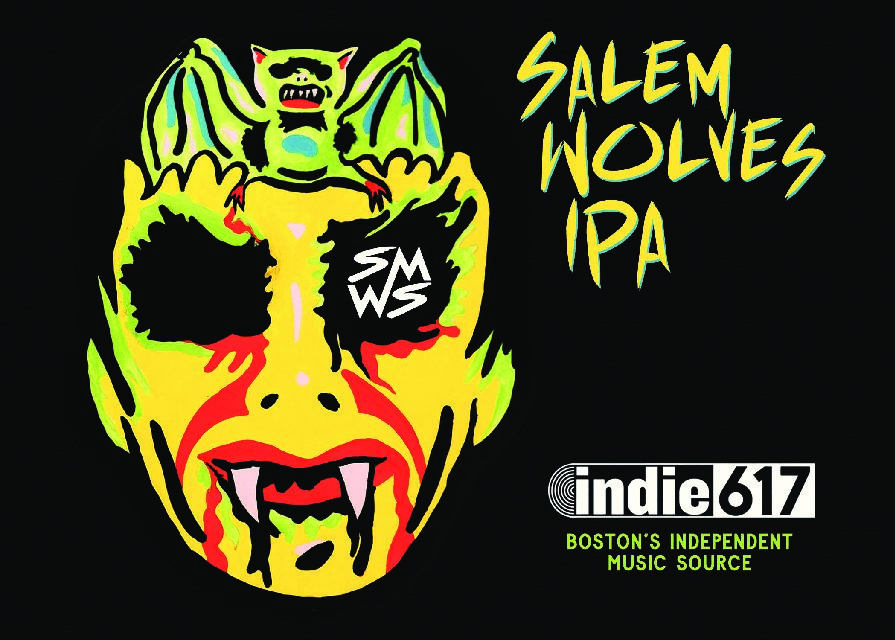 indie617 Down the Road social promoindieBrews, a new music and limited-release beer series that pairs a great taste with a great sound, set for 2019 launch

Press Release: Boston, December 10, 2018 —  There was an old adage in the 20th century about always listening to your bartender. In the 21st century, you should always listen to your brewer.

With that in mind, Boston might want to invest in earplugs, because indie617 and Down The Road Beer Co. are turning up the volume with their new indieBrews live music series, which pairs Boston bands with limited-release beer, brewed specifically for this series.

indieBrews is set for launch on Friday, January 11 at Down The Road’s Everett brewery and taproom (199 Ashland St.). For the inaugural gig, North Shore garage rock racket-makers Salem Wolves rock out and serve up a special IPA crafted with special Styrian Wolf hops from Eastern Europe. Salem guitar-rock trio Radio Compass is set to join the party as well as the indie617 DJs spining tunes throughout the night, and this will be your only chance to try the very limited Salem Wolves IPA.

The monthly series continues on the second Friday of each month, featuring a new, exclusive Down The Road Beer Co. beer and Boston’s finest bands and artists.

“This gives up an opportunity to pair bands with a one of a kind beer,” says indie617 President/Managing Partner Paul Driscoll. “We’re excited to partner with Down The Road and the Boston bands we’ve been supporting on indie617. It’s not everyday you have the opportunity to bring these two things together — booking a unique live music series with an exclusive, limited-edition beer.”

This is no awkward pairing — Down The Road’s taproom is built with live music in mind, with a full-size stage, professional sound, and a room large enough to host one hell of a party.

“In Down The Road’s ongoing quest to be the best beer hall in town, we are setting sail on an ambitious new project to put Down The Road on the map as a music destination,” the brewery says. “In addition to building an in-house team of experienced industry pros, we are also partnering with indie617 to help us book some of the hottest new acts in Massachusetts and beyond! Creating a new music venue on top of a beer hall is a huge undertaking, but with friends like indie617, we know that it will be a smash hit!”

Down The Road Beer Co. draws inspiration from the grand narrative of both brewing and storytelling. Our beers are rooted in tradition, yet inspired by change. We know your tastes are always evolving, and so are ours. Our beers are familiar, yet they’re peppered with the unique, exciting and curious, so there’s always something new to experience “Down The Road”.

Indie617 is more than just an online radio station. We are Boston’s independent music source; a trusted voice in a crowded field of radio noise, and the connection that bridges classic alternative with the modern sounds of today and tomorrow. We broadcast the best radio station in Boston — on air talent includes trusted radio personalities Adam 12, Julie Kramer, and “Morning Glory” host Michael Marotta — and host and curate events all over the New England market. indie617.com