PRESS RELEASE / June 5, 2018 (Malden, MA) – Tomorrow we release 3 beers in cans! Blanche de Grâce makes its return for the summer months as well as a fresh batch of Emelyn and Four Seam. Cans of all three will be available when we open the doors at 3! 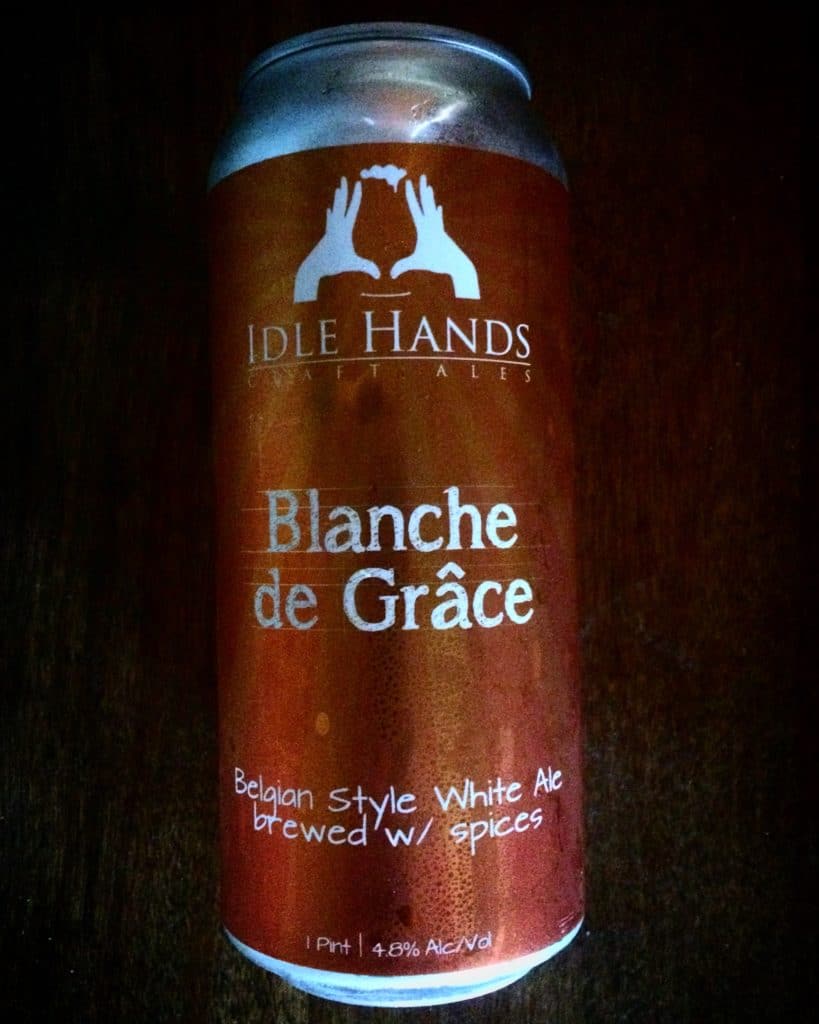 For this week’s Brewer’s Spotlight, we are shining the light on one of the original beers that we brewed at Idle Hands, Blanche de Grâce.  Blanche (as it is affectionately known) is our interpretation of the classic Belgian Wit or White ale. We added this beer to our lineup back in the Spring of 2012 but its origins go further back than that, before Idle Hands was even an inkling in my eye and I was still mashing in a 10 gallon plastic cooler and boiling wort on my kitchen stove five gallons at a time.  The first iteration of Blanche happened in 2008 and, believe it or not, it is older than Patriarch (first brewed in 2009).  While it has gone through some significant changes, the core remains the same; continental pilsner malt meets flaked adjuncts (wheat and oats) and a purposeful addition of various citrus peel, coriander and other spices.

I will say that Blanche is probably the recipe that I worked on the hardest as a homebrewer as I found the addition of the spices to be particularly difficult to nail down without creating a “spice soup.”  I wanted their contribution to create a refreshing and delicate flavor and not overpower it.  And I think we finally achieved that with what Blanche is today.

What I like the most about Blanche though is that it is the perfect summer beer: heavy but light, interesting but not overbearing and refreshing beyond belief. The cereal wheat character is unique and just goes so well with orange-citrus flavors from the peel and coriander but it has a very mellow, underlying feel to it where you just want to kick back on the grass, throw the Frisbee around and cook some burgers with your family and friends.  No need to think any further with this beer.  Oh, and if you’re wondering about the name, well it is named after the one person that made all of this possible, my wife Grace. — Idle Hands Owner and President, Chris Tkach

If the parking lot surrounding our building is full, overflow parking is available one block away at Callahan Park (the lot next to Pisa Pizza) near the intersection of Charles Street and Pearl Street.