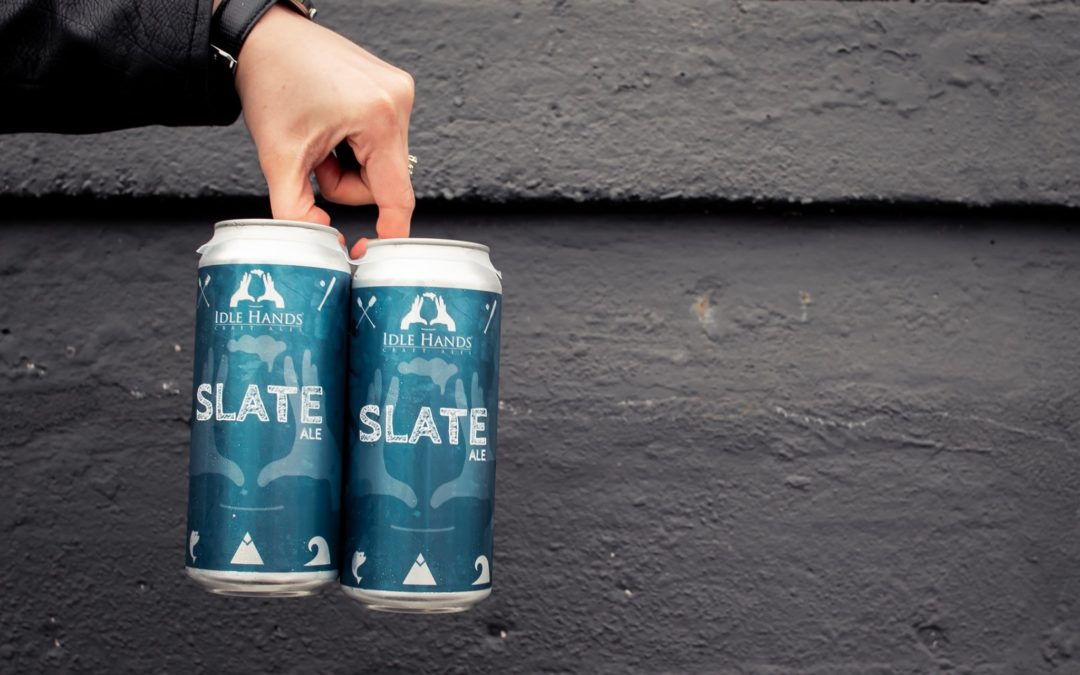 “We created Slate with the notion that local craft beer drinkers deserve an everyday drinker that doesn’t break the bank and doesn’t require a lot of thought,” explained Chris Tkach, founder, Idle Hands Craft Ales. “So much analysis now goes into drinking beer – what’s the hop profile, what are the tasting notes, how is it ranked – that we as beer drinkers sometimes forget that beer can be easy and still be good. Slate is meant to fill that space as a beer that pairs with whatever adventures you have planned. In our minds, it’s a beer to enjoy with family and friends during a day at the beach, after a hike in the woods, while grilling in the backyard, or after a day on the slopes.”

Idle Hands developed Slate in response to a specific void locally and regionally – a lower priced option that’s approachable, aligns with the taste demands of today’s craft consumer, and still possesses the brewing quality and taste of a local, craft beer. Beyond light lagers and flavored malt beverages, craft brewers have given beer drinkers few options that don’t stretch the wallet. Slate was designed as an everyday option for value conscious craft beer fans, while still delivering the taste they desire.

Slate is a flavorful, easy drinking 5.3% ABV beer containing pleasant notes of tropical fruit, melon and citrus, with a crisp finish that won’t wear on the palate. In a craft beer world dominated by adjunct laden, high alcohol hop bombs, it’s an everyday option for beer drinkers not wanting to get weighed down but still looking for something that has flavor and pairs well with activities.

Slate will debut at a special release party on Thursday, May 23, at Tudor Wharf in Charlestown, MA. Brato Brewhouse + Kitchen will be serving complimentary classic cookout food, there will be a raw bar featuring buck-a-shuck oysters, and guests can play their favorite lawn games while enjoying cans of Slate outside on Boston Harbor.

Slate will be sold in 16 oz. can four-packs for $10.99 and widely available at retailers and restaurants across Massachusetts, as well as in the Idle Hands taproom.