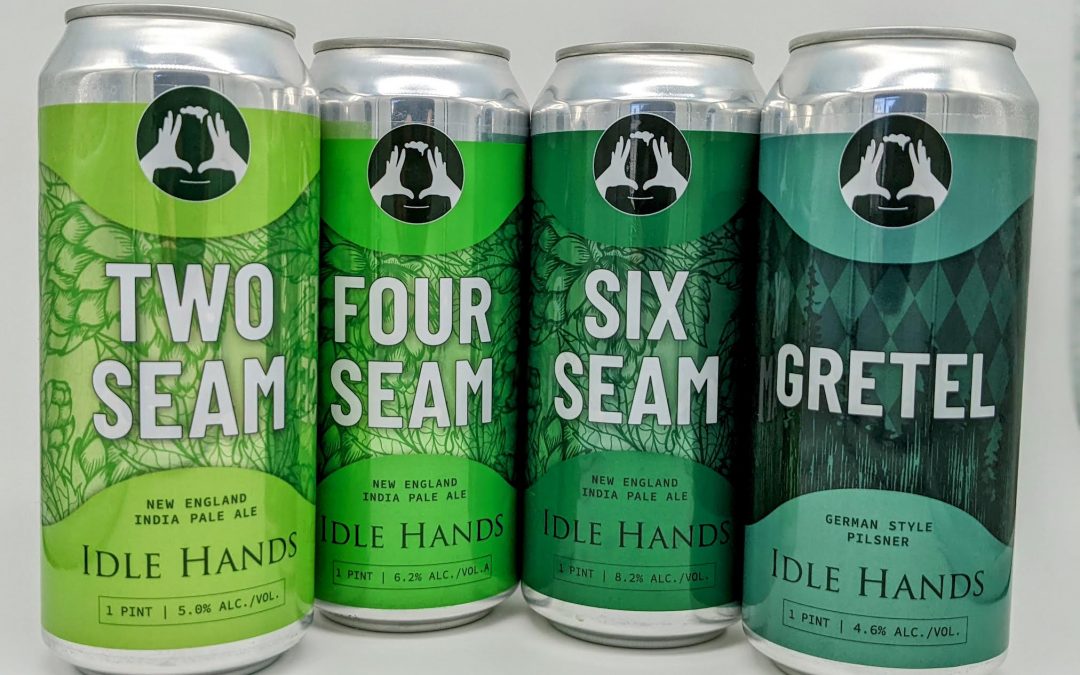 PRESS RELEASE / March 3, 2022 (Malden, MA) – Today, Idle Hands Craft Ales is unveiling a new look to some of their most beloved beers, as part of an overall brand refresh that will eventually give all of their packaged beers a refocused design.

The initial rollout of newly-branded cans includes five beers that are core to the Idle Hands lineup:

“We’re really excited about the new look,” said Chris Tkach, owner and co-founder of Idle Hands. “This is a big year for us with a lot of exciting things on the horizon. But customers don’t always know that unless you find ways to show them. I think it was important for us to let people know that our brand is continuing to evolve, and we think these new designs help tell that story.”

The brand refresh has been months in the works, and comes alongside another important announcement: Two Seam and Six Seam will now be much more readily available.

“We’ve been frankly overwhelmed by the response to Four Seam over the past few years,” continued Tkach. “And while we’ve typically brewed Two Seam and Six Seam to give people nice surprises throughout the year, we thought it made sense to start giving people more of what they want. This way, customers have a Seam for every occasion.”