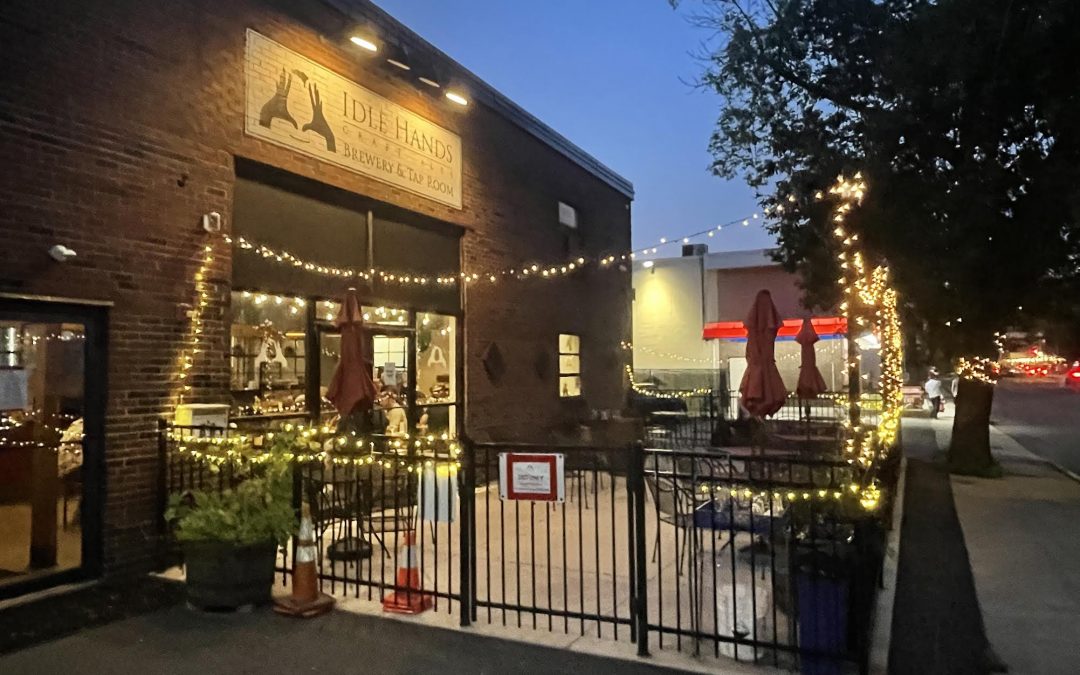 PRESS RELEASE / August 12, 2021 (MALDEN, MA) – Idle Hands Craft Ales will release Patriarch, the first beer ever brewed at the brewery by owner Chris Tkach. It is intended to kick off a celebration acknowledging 10 years of brewing, and will be available for the first time ever in cans.

Idle Hands, named Best of Boston Brewery in 2020 by Boston Magazine, is known for its diverse range of beers, most notably the New England IPA Four Seam, German Pilsner Gretel, and a rotating fruited kettle sour series, Kill Your Idles. But Idle Hands Craft Ales began its craft beer journey with a focus on Belgian style ales, and Patriarch was the first of them.

“I first brewed Patriarch in our long-ago location in Everett, back in August of 2011,” said Chris Tkach, owner, Idle Hands. “We wanted to launch with an approachable Belgian style ale that wouldn’t overwhelm people who weren’t used to craft beer yet. It’s a Belgian Table Beer, meant to be enjoyed with friends and family and is a complex yet easy drinker, and still one of the staff favorites.”

Patriarch is a Patersbier, an Abbey style single ale originally conceived as a beer for the brothers of a monastery to consume for themselves, saving the heavier and higher ABV Dubbel and Tripel styles for customers. The name Patriarch was by design: the beer itself was made to help the Idle Hands house Belgian yeast ‘grow up’ to be used for generations of beers after, and was effectively the father of all their beers.

Patriarch will be available in the taproom and for limited distribution. More special releases have been promised during the month leading up to the brewery’s official 10 year anniversary party, scheduled for Saturday, 9/11.