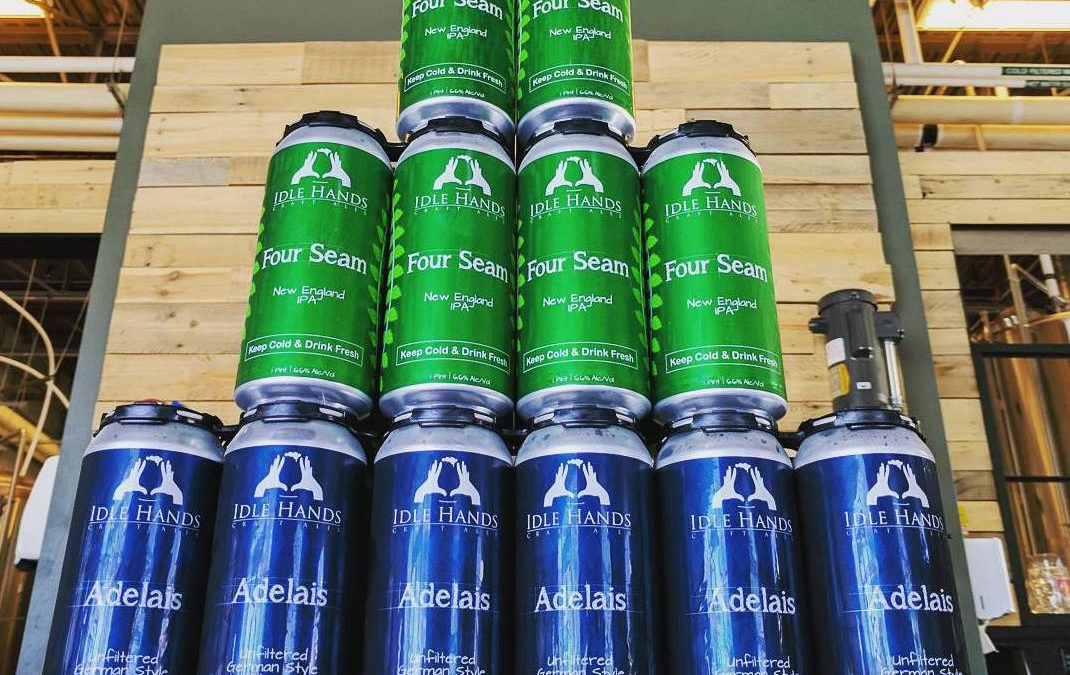 This will be the first Adelais can release since March 2017, while Wednesday marks the return of Four Seam in cans for the first time since December 2017.

Idle Hands uses a blend of three pilsner malts, along with Hallertau Hersbrucker and Saphir hops to create Adelais. The end result is a pilsner with a clean, crisp malt character, balanced bitterness, and delicate noble and light citrus hop notes.

Four Seam allows the true character of its hops to shine through in bursts of citrus, mango, and guava, thanks to a refrained malt backbone and subdued bitterness. The cloudy appearance elevates the drinking experience, providing a true New England IPA. 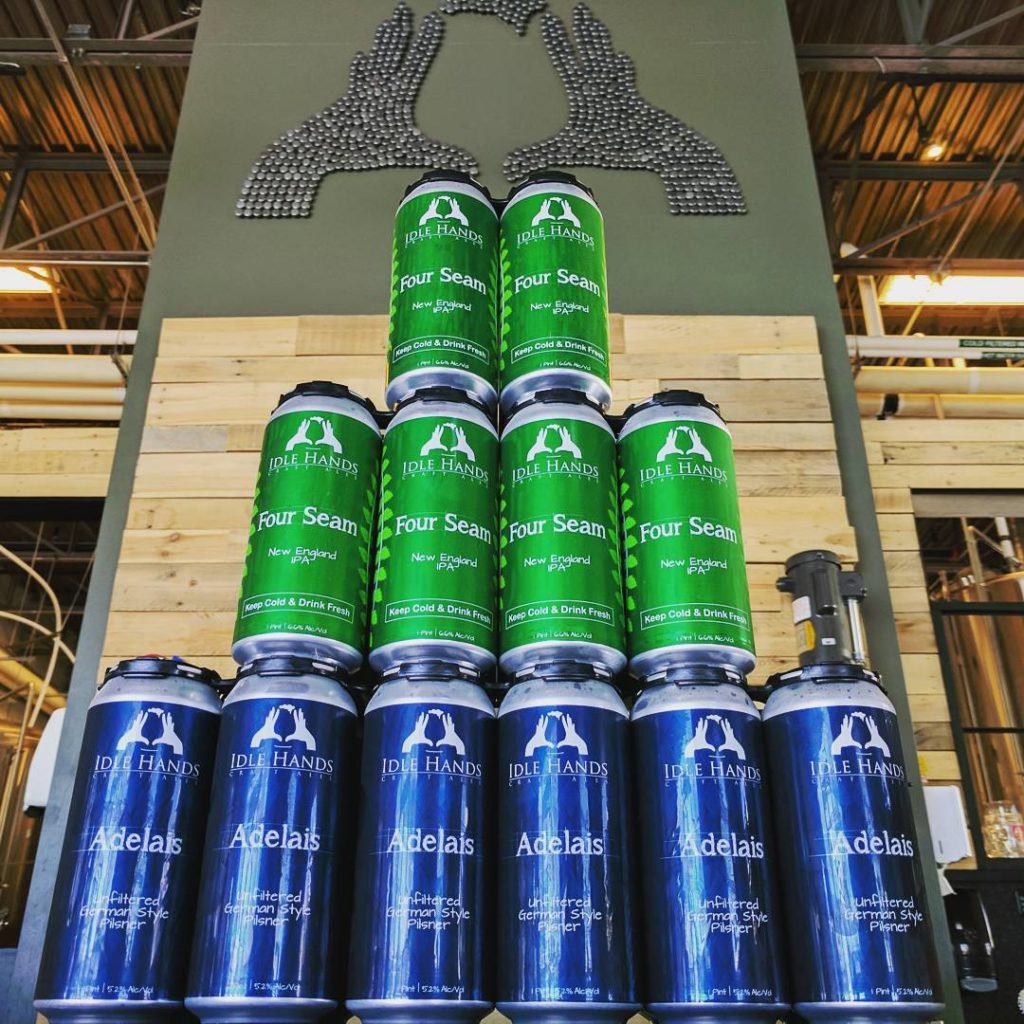 Both Adelais and Four Seam will be available in the Idle Hands Craft Ales taproom starting at 3pm on Wednesday, January 31. (Click this photo for video about these two brews)

“Adelais and Four Seam are both special beers for us,” said Chris Tkach, founder of Idle Hands Craft Ales. “They’re actually the first two beers we ever canned back in March 2016. They’re also great beers for a Super Bowl party, pairing well with a variety of foods. With the game only four days after the release, people will be able to share great, fresh beer with friends and family while cheering on the Patriots.”