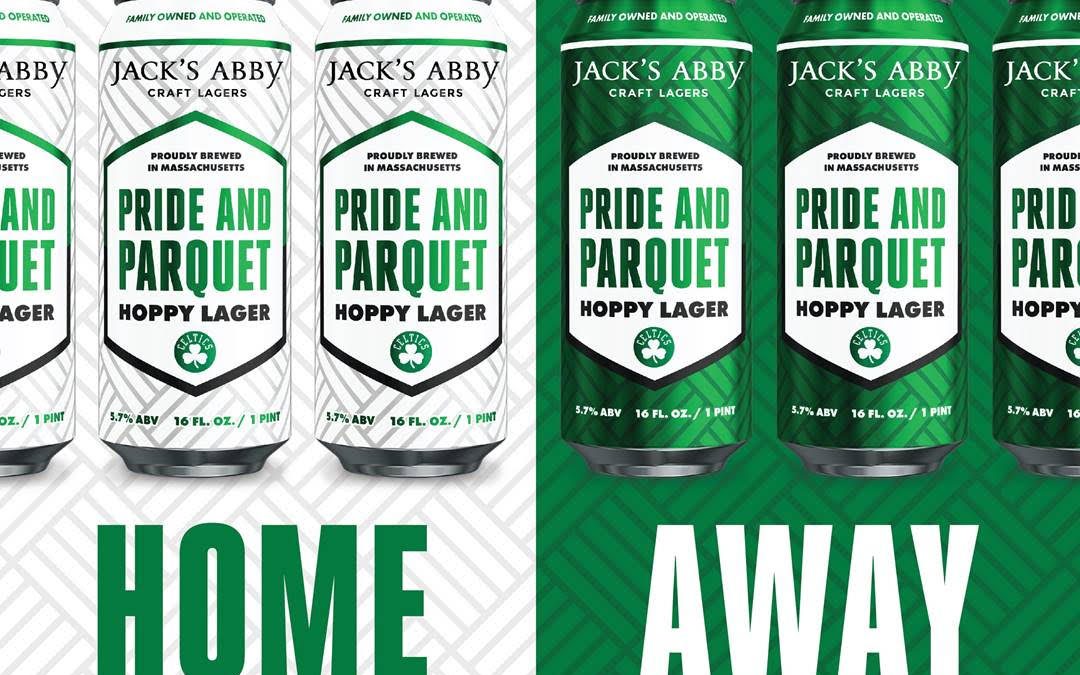 PRESS RELEASE July 30, 2020 (Boston, MA) – Framingham-based Jack’s Abby Craft Lagers and the Boston Celtics have signed a four-year partnership, which will include a specialty release collaboration beer, Pride and Parquet.  This partnership is momentous in both the beer and basketball worlds in a number of ways: it’s the first of it’s kind between a brewery and a big four sports team in Massachusetts; it’s the first Celtics collaboration project; and this is only the third craft brewery collaboration across the entire NBA.

“Coming up on ten years in the business with steady success, we were ready to make a big move.  But you don’t just make a big deal to say you made one.  You have to find something that aligns with your values, shares a fan mentality, and can bring something special to your loyal fans.  We found all of that and more in the Celtics partnership.  They are a legendary institution in New England and the cooperation and enthusiasm of their organization made this a perfect relationship.  We couldn’t be more excited to share in the Celtics story and bring some truly special things to our fans.” – Rob Day, Senior Director of Marketing for Jack’s Abby Craft Lagers

“This partnership has allowed us to collaborate with a rapidly-emerging and locally-established brand, while also giving back to Celtics fans in more of a unique form. We look forward to working with Jack’s Abby in strengthening the bond between two New England favorites: beer and basketball.” – Ted Dalton, Sr. Vice President, Corporate Partnerships & Business Development 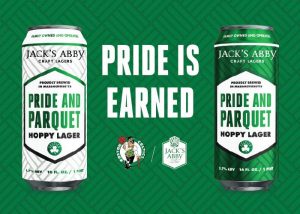 Pride and Parquet is a Hoppy Lager inspired by passion and pride: the passion of the Celtics fan base and the pride in beer brewed at Jack’s Abby. The can will feature the parquet design prominently, pulling inspiration from the home and away jerseys of the Boston Celtics. This is a category of beer that Jack’s Abby is famous for building since its launch of Hoponius Union in 2011. Using expertise from almost ten years of brewing this style, Pride and Parquet will be an evolved, easy-drinking beer, perfect for toasting a Celtics win.

Pride and Parquet is slated to be released throughout New England late fall/early winter as the 2020/21 season kicks off.

About The Boston Celtics