Pending partner brewery Loophole Brewing Services publicly announced plans today to open a 13,000-square foot state-of-the-art brewing facility in Holyoke by the end of 2019. The project is the brain child of co-founders Aaron Saunders, Todd Snopkowski, and Jeffrey Goulet, the latter founder of the well known Worthy Brewfest and part of the team behind existing contract brand Swing Oil Beer. The project is aimed at meeting the needs of the region’s growing craft brewing scene, especially those of its smaller brewers.

“We saw some of our favorite small breweries unable to keep up with demand or expand their business due to financial constraints,” said Goulet in a press release Loophole Brewing Services put out earlier today. “We saw an opportunity to give them access to the brewing space at the volume they need.” The company’s stated goals include supporting the craft brewing community and helping it grow, reducing the need for risky and expensive capital outlays, and lowering the barrier of entry into commercial brewing for new brewers.

Key to the plan is a concept called the “Aspiring Brewers Program” aimed at helping talented brewers get their beer to market without a large investment up front. To make that a reality, the facility will include multiple brew houses ranging from 3-barrel to 20-barrel systems and a variety of canning and kegging options. The partner brewing operation aims to accommodate nano brewers just getting started, as well as established breweries looking to increase production of their flagship offerings. The space will also offer an on-site taproom, allowing local craft beer aficionados access to any the beers brewed at the facility.

“It’s a game changer to know that our growth does’t have to depend on a huge equipment purchase or a relocation of our brewery,” said Jared Methe, co-founder of recently opened Rustic Brewing. The Loophole Brewing Services model could be just what a startup brewery like Methe’s needs. Currently brewing on a 1-barrel system in Springfield and only open on Saturdays for reserved growler sale pickups, it could help turn their dream of growing the brand and making its beer more readily available into a reality. Another dream-come-true could be the potential for new and established brewers to collaborate on any number of new beer ideas, a trend that craft beer drinkers are fond of. 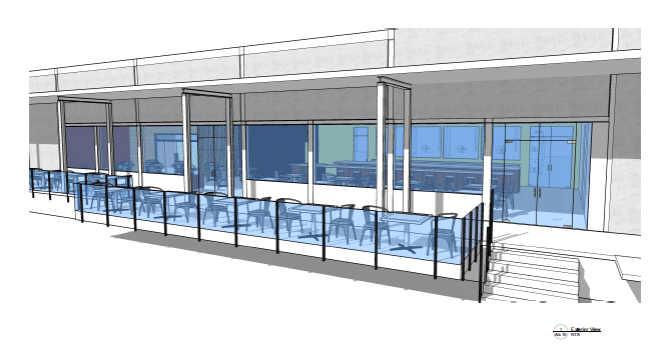 With the help of renowned brewery architects Austin Design, who worked on the Tree House, Northampton Brewery and other projects, Loophole co-founders hope to debut their new facility at the site of an existing warehouse at 104 Whiting Farms Road in Holyoke by the end of 2019. In addition to the brewery and taproom, the plan is to offer outdoor patio seating as well.

*All renderings in this blog post are courtesy of Austin Design, Architecture for enjoying life.