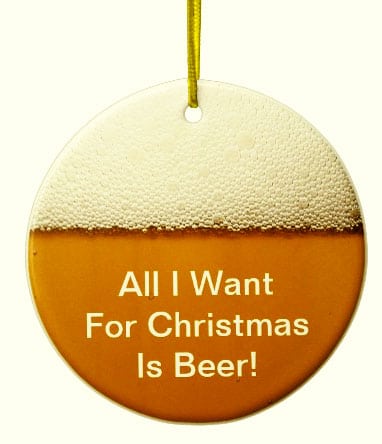 “Christmas Dreams Don’t Involve Alcohol, Until You Grow Up.”  – Anonymous –

Ready or not, the holiday season is upon us. Like many of you It’s a time we look forward to every year, our motto is “spreading good beer” after all. But sometimes the mania that comes along with Christmas can make us feel a little Grinchy, Unless, of course, we focus on all those holiday themed beer releases. So here’s a plan for dealing with the 12 pains of Christmas by pairing them with 12 holiday themed Massachusetts beers. 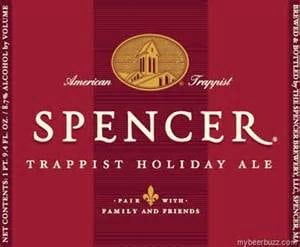 We all know how hard it can be to find that perfect Christmas tree. Once accomplished, reward yourself with a bottle of what some craft beer drinkers consider holy water, Spencer Trappist Holiday Ale.

As tough as it is to find the right tree, it’s nothing compared to what comes next – rigging up the lights. You might consider foregoing the tree in favor of an aluminum Festivus pole instead, then head over to Dorchester Brewing Company for a pint of Dorchestivus. While you’re there, feel free to air your grievances to the beer servers, just don’t tell them we sent you.

Hangovers, the last thing any of us needs the day after the holiday work party. Best to bring a low ABV beer like Wormtown’s Blizzard of ’78, a brown ale brewed with coffee (which might keep you from passing out like you did last year). Or you could just hope for the storm of the century so you won’t have to face your work makes for a while.

Nothing like sipping some barley wine when sending all those Christmas cards. May we suggest some Barrington Brewery Yule Fuel to help you overlook the fact that you don’t even know half these people.

What better to help you forget about the five months of bills you’ve racked up on your credit cards than a bottle of Nightmare After Christmas Imperial Stout from Flying Dreams Brewery. With a price tag of only ten bucks, it’s probably the only holiday purchase that won’t keep you up at night. 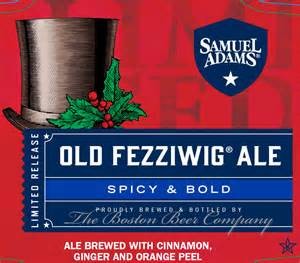 If facing your in-laws is anything like it is for us, when your spouse’s macro-drinking father starts needling you about how much you pay for your fancy pants Sam Adams beer, tell him to stuff it up his Old Fezziwig. He probably won’t know what you’re talking about, which will make it even more satisfying.

Charities! That Salvation Army bell is enough to drive anybody to drink. Escape the noise by heading over to Black Hat Brew Works in Bridgewater for some X-Mass Ambah, brewed with bourbon soaked cherries and vanilla beans. In the true spirit of Christmas, buy a bottle for that guy ringing the bell in front of Walmart all day, he probably needs it more than you do.

Fed up with all that shopping? Tell the family you’re going to do a Yankee Swap this year instead, Slumbrew style that is. It’s a Strong Ale that clocks in at nearly 12%, so you’ll be too tipsy to care when junior tells you for the umpteenth time that he wants a Transformer for Christmas.

Avoid the road rage over no parking spaces this year by pulling in to your nearest Beer Works, all conveniently located within walking distance of a shopping district. While you’re there, may as well indulge in a little holiday cheer, perhaps a pint of Sinterklaas, a dark ale brewed with coriander and dried cherries.

Ever wonder why the batteries-not-included problem seems to start when Santa reaches Western Mass.? It’s likely because he’s a little too merry, thanks to Northampton Brewery and its Milk and Cookies Stout. That explains the mistaken coal in your stocking last year.

Spice up those stale TV specials this year with Berkshire Brewing’s revamped version of their Holidale, a 9% barleywine brewed with goose berries. Spoiler Alert: Frosty is going to melt.

If your a bit hoarse after singing all those Christmas carols, you can sooth your sore throat with some Christmas Morning Stout from Amherst Brewing. A collaboration with Shelburne Falls Coffee Roasters, it’s available at the Amherst, Westfield and Greenfield Hangar Pub locations up until Christmas. They’re also sending kegs out via distributors in Western MA. 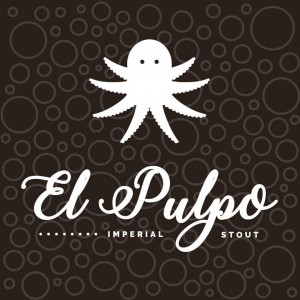 Other seasonal Bay State beers we hope make it into our stocking include Hitchcock Brewing‘s Chocolate Milk Porter, some Maple Cream Porter from Merrimack Ales, a bottle of Maple Oatmeal Stout from Lefty’s, and some of Bone Up’s El Pulpo Imperial Stout, brewed with cocoa nibs and orange peel.

Also on our wish list are Old Colony Brewing’s Snow Day Spiced Porter, Cape Cod Beer‘s Coconut Coffee Porter, and some Cronus, a Russian Imperial Stout aged on cinnamon sticks that just happens to be the first release from the pending River Styx Brewery in Fitchburg.

For Brew Year’s Eve we’re hoping to have some of Navigation Brewing’s new Barley Wine, or another from Kretschmann, Drachenblut (Dragon’s Blood), that was brewed with maple syrup and aged in oak barrels. Cambridge Brewing will also have their highly regarded barley wine, Blunderbuss, available in bottles this year for the first time. If you’re looking to ring the New Year with something a little different, try Devil’s Footprint from Bog Iron. It’s a 10.5% Braggot aged in Mezcal barrels.

If your favorite holiday themed Bay State beer didn’t make our list, along with leaving coal in our stockings, leave us a note in the comments section below. Hoppy Holidays.