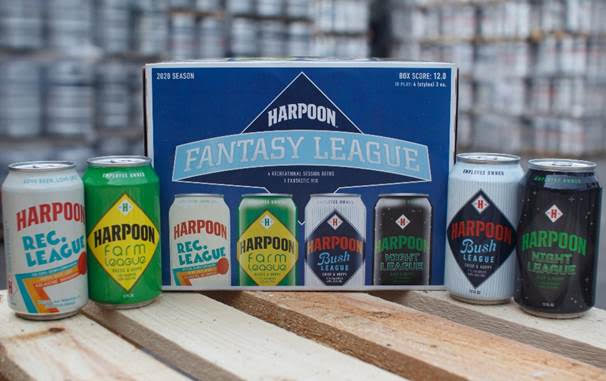 PRESS RELEASE / July 6, 2020 (Boston, MA) – Fantasy drafts are a big deal, and so are the drinks that go with draft days. This year, Harpoon is launching a mix pack that will be the perfect draft day companion: Fantasy League. Fantasy League contains four Harpoon beers (fan favorite and new!) that take after different sports leagues.

This dream pack will be available from July through September and contains three cans of each style. The cans are 12oz each. Use the Harpoon beer finder to find Fantasy League and other Harpoon favorites near you.