Harpoon Rec League to be Distributed in Sweden 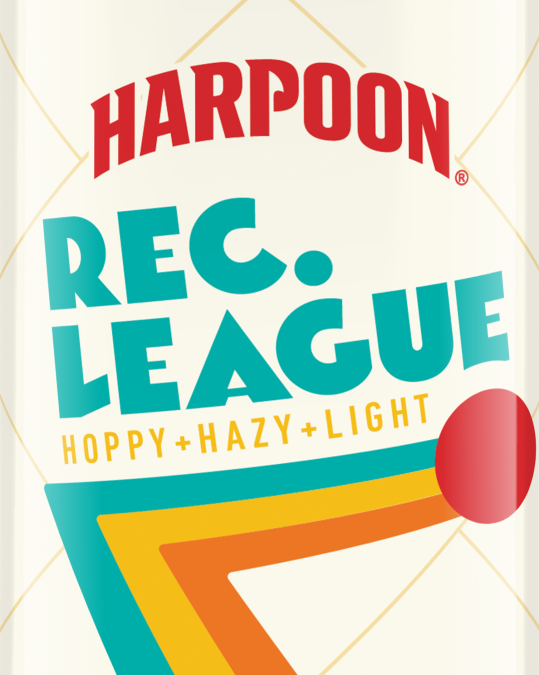 PRESS RELEASE / December 17, 2021 (Boston, MA) – Harpoon Brewery is thrilled to announce that its Rec League Hazy Pale Ale will now be widely available in Sweden. The Boston and Vermont-based brewery won the coveted tender for system-wide availability with Systembolaget and will join Big League in Systembolaget. Rec League features a tropical blend of hops and activity-minded ingredients like buckwheat kasha, chia seed, and sea salt, giving the pale ale a tremendous amount of juicy hop character and a surprisingly refreshing finish.

Jon Schwartz, VP Business Development at Mass. Bay Brewing Company: “We are thrilled to partner with Crafted Exports and Galatea to bring Rec League to Sweden.  It is a hop-forward and flavorful, yet light and refreshing pale ale that we call the ultimate cool-down companion.  It is the perfect beer for so many occasions and we are excited to introduce it to a whole new audience of Craft beer lovers.”

Qurban Walia, Co-President of Crafted Exports, comments: “We can’t wait to be able to drink Rec League in Sweden! Harpoon has been one of our most passionate breweries, so it is great to able to see them growing and succeeding in one of our favorite countries. Skål!”

Commenting on the release, Andrew Reed, Brand Manager at Galatea and Craftbeer.se, said: “It has been an amazing year for Harpoon in Sweden! We are very proud that Rec League will be joining Big League in Systembolaget.”

Systembolaget is the Swedish government-owned chain whose retail stores are the only ones in the country allowed to sell alcoholic beverages containing more than 3.5% alcohol, for take-home consumption. Within the Systembolaget there are several levels of availability. Some products are in the ‘ordering range’ or beställningssortimentet – orderable to stores, but not stocked. Then there are seven levels of availability in the chain of over 450 stores nationwide – T9, T7, T5, T3, T2, T1 and BASE. The lower the number, the greater the availability, with a “BASE” availability meaning that the product is available in all or virtually all Systembolaget stores.

The Harpoon Brewery was founded in 1986 by beer-loving friends who wanted to bring variety and community back to the American beer scene— particularly their home region of New England. At the time, Harpoon was issued Brewing Permit #001 by the Commonwealth of Massachusetts, since it was the first to brew commercially in Boston after a dormant period of 25 years. Since then, it has expanded to a second brewery in Windsor, VT, and in 2014, became employee-owned. Harpoon’s portfolio of craft beer is led by Harpoon IPA, New England’s Original IPA, and features their League Family of active lifestyle beers as well as an array of seasonal and limited releases, including countless collaborations with other local brands.

Crafted Exports is a premier international distributor of craft beers and spirits that specializes in using innovative, quality-control delivery processes to deliver the freshest products to markets across the world.