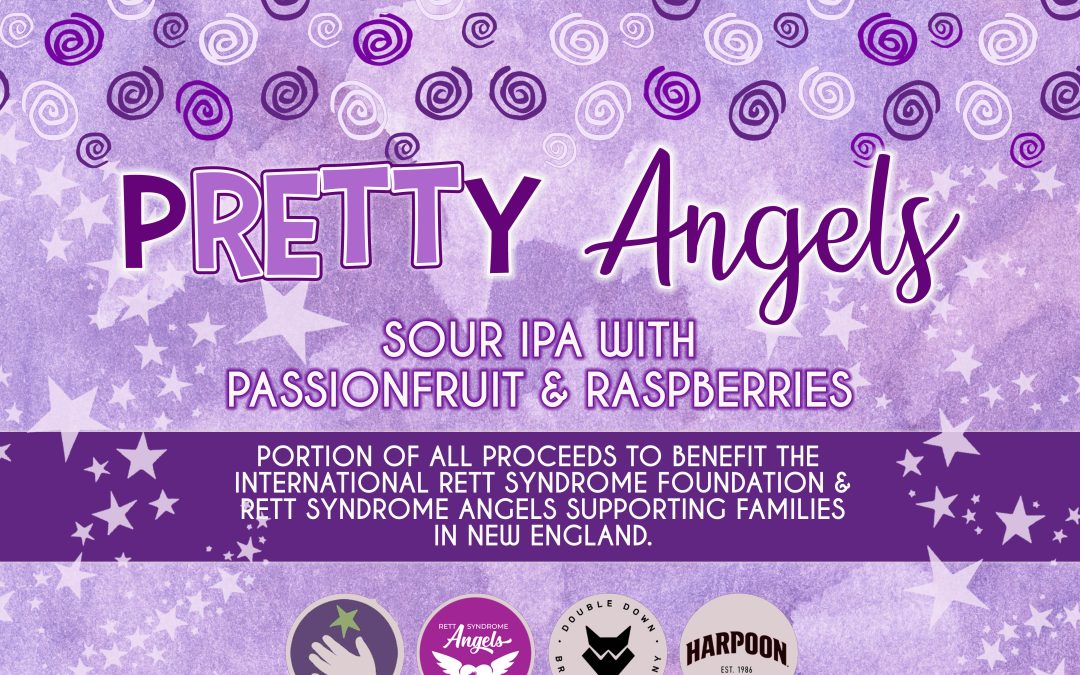 PRESS RELEASE / September 22, 2022 (Boston and Worcester, MA) – Two Massachusetts-based brewers, Harpoon and Worcester’s Double Down Brewing Company, are coming together for a good cause.  They are releasing a special beer together, Pretty Angels, that will benefit two very important charities, the International Rett Syndrome Foundation and the Massachusetts based Rett Angels Association.

The collaboration is the first for Double Down, who came on to the Massachusetts craft beer scene just over a year ago and quickly established themselves with craft beer enthusiasts.  For Harpoon, who has a long history of supporting the local beer community, a partnership with Worcester-based Double Down is just another example of their charitable nature. Through their Harpoon Helps program they raised over $300,000 in 2021 alone.

This collaboration has a personal tie as Double Down co-founder Christian McMahan’s daughter has Rett Syndrome, a rare neurological disorder, so he knows firsthand the disease’s impact and need for contributions of any kind to fight it. A portion of all the proceeds of the sales of Pretty Angels will benefit the Rett Angels Association and Rett Syndrome Foundation  that support Rett Syndrome families locally and beyond.

“There is no doubt that this is a special collaboration,” said McMahan. “When Charlie Storey, Harpoon’s President, reached out and expressed interest in doing something together, we were beyond honored, we were touched. Harpoon has certainly been one of the craft beer pioneers in New England and we are all grateful for the trail that they and others have laid down for breweries like us to follow.  To have proceeds of the beer sold at all our tap rooms go towards charities that support the Rett syndrome community makes it all the more special.”

“The opportunity to collaborate with Double Down is both fun and informative,” said Storey.  “We are like-minded breweries and beer lovers, but we are also different in many ways.  We have been able to learn from each other and brew a beer that in meaningful to all of us.  I’m really pleased and grateful that Christian and his colleagues at Double Down said “yes” to their first-ever collaboration.  It’s an honor.”

The beer selected by the brewing teams of both breweries is equally unique.  They chose to produce a Sour IPA brewed with Passionfruit and Raspberries.

Pat Auclair, Harpoon’s brewer, said “Brian (Double Down Head Brewer Brian Wells) and I agreed that a collaboration like this is a good opportunity to brew something a bit out of the ordinary. We settled on a sour IPA with passion fruit and raspberry, using an unusual type of yeast that produces lactic acid in addition to alcohol. We dry hopped it with a hop variety called Enigma that is so named for its intriguing fruity aroma, which people liken to anything from raspberry to pineapple to white wine. The resulting beer has a complex fruity aroma and flavor with a refreshing acidity, and without much of the bitterness usually associated with IPAs.”

Pretty Angels will be available at release events on Thursday September 22nd at the Harpoon Worcester Beer Garden in Worcester, MA, The Harpoon Beer Hall in Boston, MA, and The Double Down Brewing Company Tap Room in Worcester, MA.  The beer will be sold in pints at all locations as well as to-go in Harpoon’s Beer Hall and Double Down’s Tap Room. 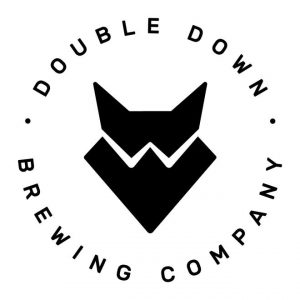 Friends for decades, beer industry veterans Tom Oliveri and Christian McMahan founded Double Down Brewing Company in 2021. The duo has had a successful history together.  Tom started Wormtown in 2010 in the brewing space now occupied by Double Down and it quickly became a favorite in the local beer community.  He brought in Christian a few years later to design their branding and packaging which helpedcatapult the brand to new heights. Joining them at Double Down as Head Brewer is Brian Wells from the highly regarded Left Hand Brewing Company in Longmont, Colorado.