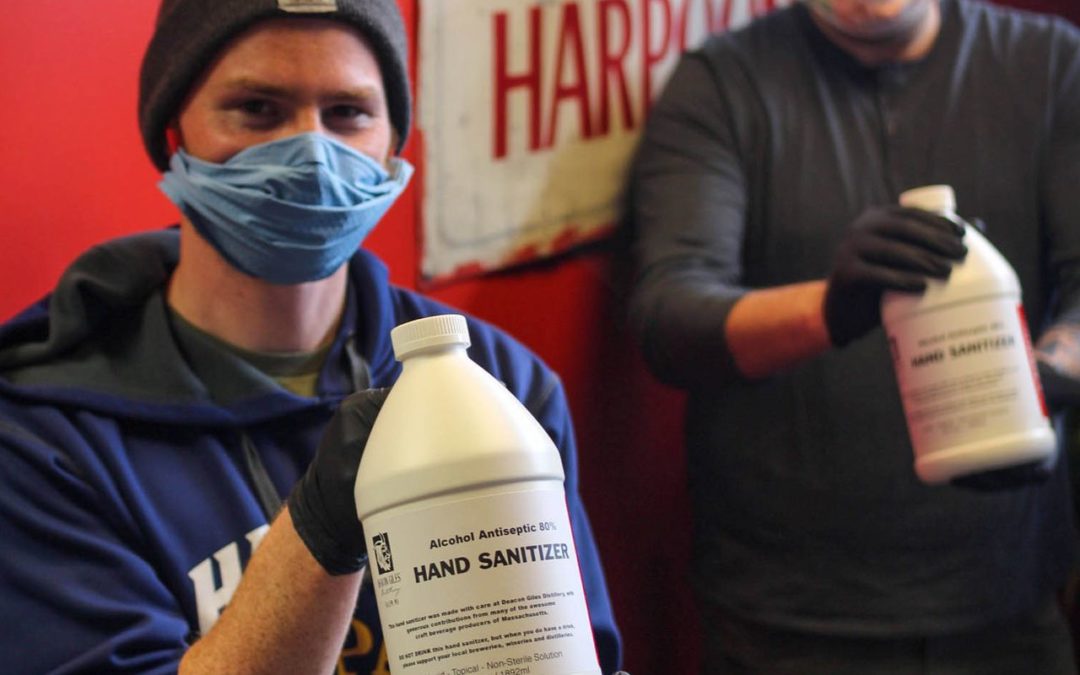 Salem, Mass.-based Deacon Giles will be using beer from Harpoon to aid in hand sanitizer production for those on the frontline

PRESS RELEASE / April 21, 2020 (Boston, MA) – Harpoon Brewery is teaming up with another local New England distillery to join the fight against COVID-19 by producing and distributing hand sanitizer for workers on the frontlines. Together with Salem, Mass.-based Deacon Giles, Harpoon Brewery has begun dispensing batches of hand sanitizer.

Initial shipments have been donated to Boston YMCAs in order to support the emergency childcare centers open to essential workers. Current and future shipments of the hand sanitizer are also being shared with the Boston Resiliency Fund in order to get this vital product in the hands of essential frontline workers.

“There is nothing more important than supporting workers putting themselves at risk for the sake of others during this time,” says Dan Kenary, CEO and co-founder of Harpoon Brewery. “Beer and spirits producers are in a unique position to be able to use our primary product and production methods to create hand sanitizer, which is vital in helping fight the spread of this virus. We are proud to be partnering with Deacon Giles to support our frontline workers right here at home.” 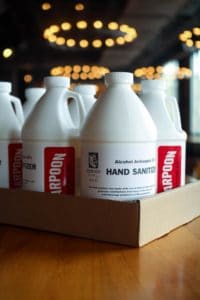 “We feel fortunate to have the capabilities to shift our production to create hand sanitizer for those who need it most,” says Jesse Brenneman, President of Deacon Giles Distillery. “When we decided to move forward with this project, we knew we had the opportunity to partner with other players in the alcohol industry to make an impact. We are excited to be working with Harpoon Brewery on something so important to the community and help in a tangible way.”

Due to restrictions to on-premise consumption, many breweries and distilleries across the country have the available resources and equipment to help produce ethanol-based hand sanitizer. To make the product, Harpoon Brewery sent Deacon Giles beer that was left untapped at the brewery, which they then distilled and turned into hand sanitizer. The hand sanitizer was then shipped back to Boston for Harpoon to begin distribution.

The runs are being packaged in half gallon jugs. Other Massachusetts craft beverage producers involved in this effort include Aaronap Cellers, Boston Wort Processors, Far From The Tree Cider, Granite Coast Brewing, Ipswich Ale, and Notch Brewing. For more information, visit http://www.harpoon.com.

Deacon Giles Distillery was founded on the desire of two friends and colleagues in the craft industry to return to tradition by reviving an historic industry while embracing our modern environment. We wanted to roll up our sleeves and craft something exceptional using our own hands, uniquely infused with our personalities and steeped in history. We create spirits that speak for themselves, and say something about the people who make them as well as those who enjoy them.