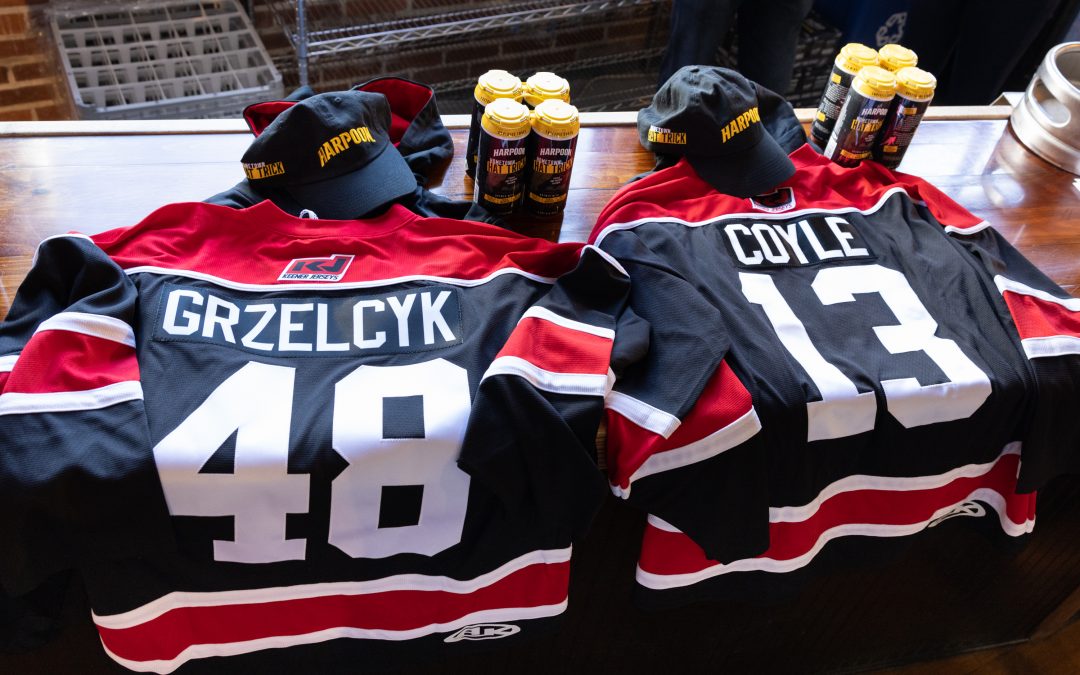 A team effort brewed up by Wags, Coyle and Grizzy, this Triple Dry-Hopped Pilsner is loaded up with three times the regular amount of dry hops for a full-on hat trick of flavor. The 5.22% ABV beer is the perfect toast to Boston hockey as the team continues its run for the cup. For every case sold, a portion of proceeds will be donated to the Corey C. Griffin Foundation, which provides financial support to Boston non-profits focused on underprivileged youth and those with medical challenges.

“I’ve enjoyed my fair share of different kinds of beer but being involved in the brewing process was a whole new experience. Partnering with the Harpoon team has been a bucket list item, and Wags and Coyle have been super helpful showing me the ropes. Plus, it gave us a new way to give back to the community all three of us grew up in,” said Grzelcyk.

Harpoon Hometown Hat Trick is the third and final installment in a line of annual collaboration beers with Massachusetts hockey players, making it fans’ last chance to stock up on ice cold beer brewed by their favorite players on the ice. Harpoon Don’t Poke the Bear – a black and gold-en ale – was first introduced in 2020, followed by Harpoon Don’t Poke the Bears – a black and gold pilsner – in 2021. 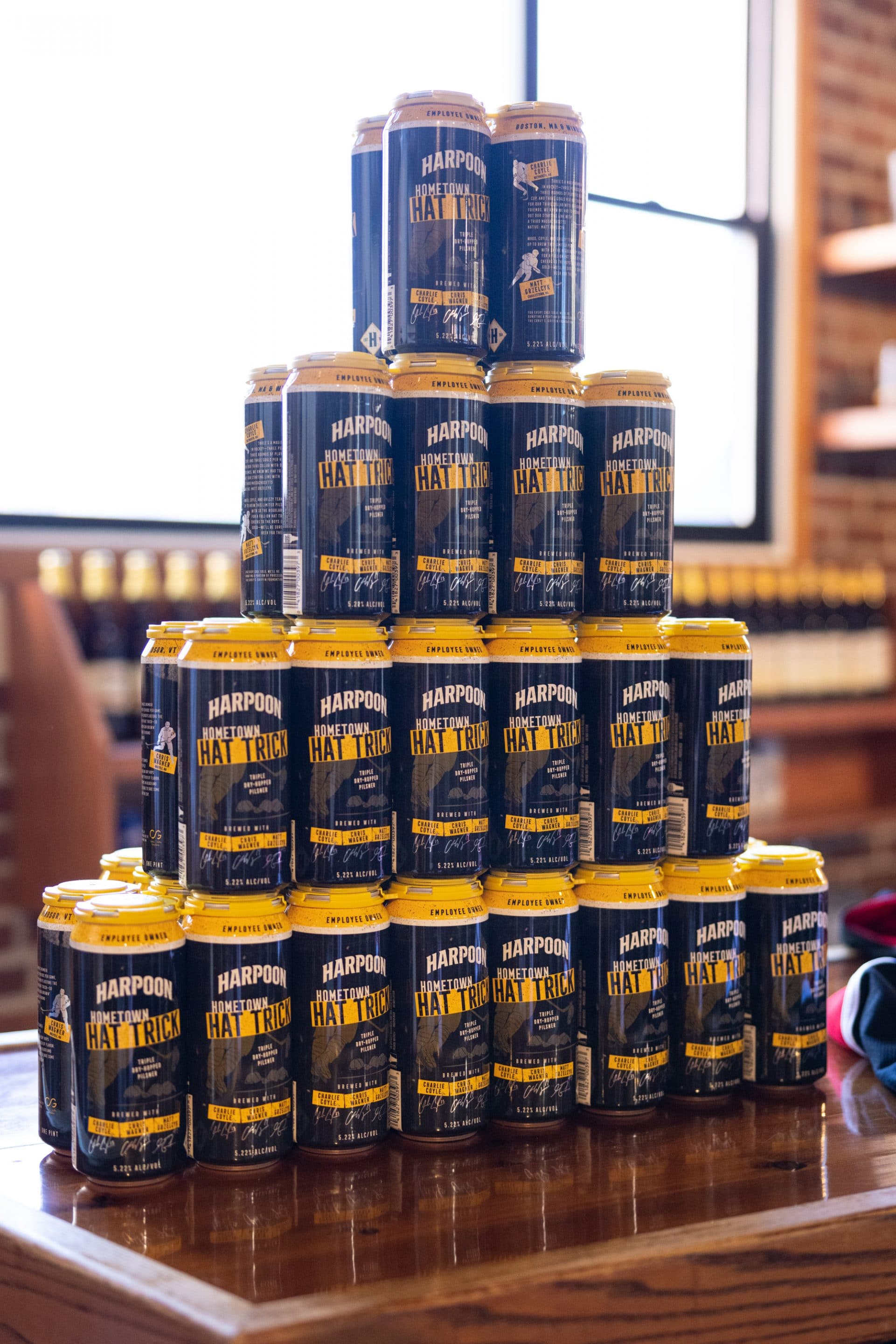 “We’ve had so much fun brewing these the last couple years, it only felt right to add Grzelcyk to our growing team of local friends for a hat trick of great beers,” said Dan Kenary, CEO and co-founder of Harpoon Brewery. “Working with local players that have strong ties to New England has been so important to the brewery. We love making good beer with good friends, while also having a positive impact on the community through our charity donations.”

Harpoon Hometown Hat Trick will be available on draft and in 16 oz. 4-packs with a suggested retail price of $13.99. It will be available through the rest of the season at Harpoon’s Boston Beer Hall, Harpoon Taproom and Beer Garden, the TD Garden, and throughout New England where Harpoon beers are distributed. For more information, check out the Harpoon beer finder: https://www.harpoonbrewery.com/beer-finder/.