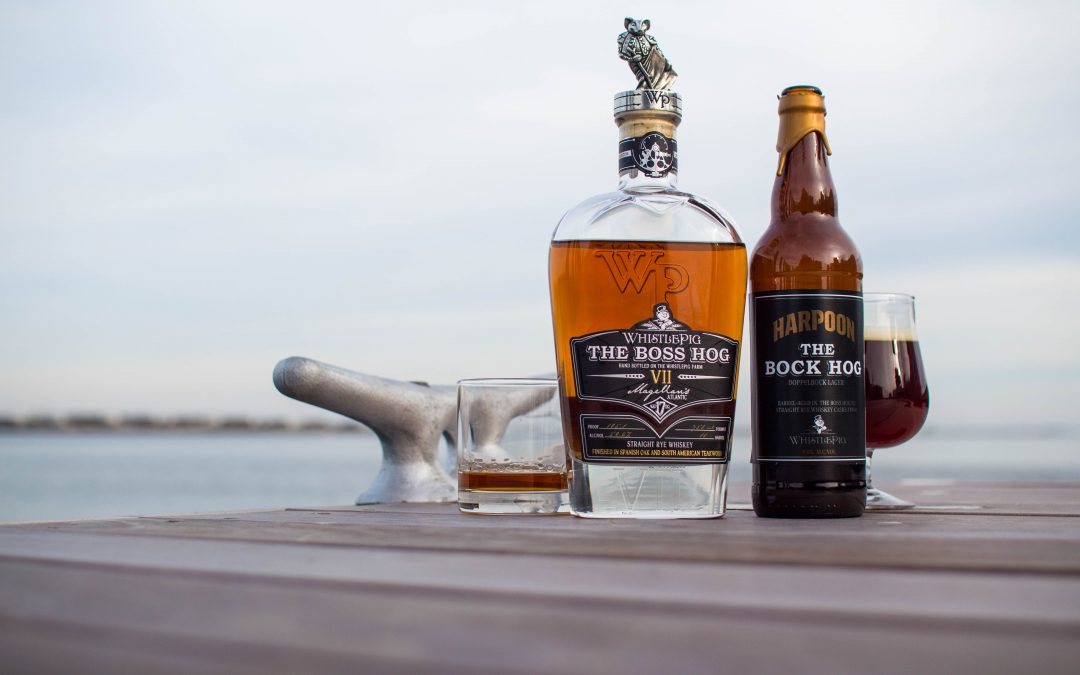 PRESS RELEASE / December 14, 2020 (Boston, MA) – If there ever was a boss in the world of lagers, it would be the famed and formidable Doppelbock. In pursuit of perfecting this nearly flawless beer style, Harpoon Brewery announced today a second collaboration with WhistlePig Rye Whiskey – the premier aged rye whiskey – with an elevated beer for sophisticated palates, The Bock Hog.

Fans of both brands will immediately recognize the play on words, as Harpoon’s Doppelbock – a strong, flavorful, malty lager – is conditioned in Spanish Oak and South American Teakwood barrels that previously housed WhistlePig’s The Boss Hog VII: Magellan’s Atlantic, which was inspired by the first recorded circumnavigation of the globe.

Like the whiskey that rested in these rare barrels before it, Harpoon’s The Bock Hog embodies a spirit of adventure and chasing perfection that is just beyond the horizon.

“We share more than just roots in the New England community with WhistlePig: we also share a sense of innovation, exploration and a dedication to our craft,” said Dan Kenary, CEO and co-founder of Harpoon Brewery. “During a time where we are limited in how far we can travel, I’m proud of our brewers and the distillers that created The Bock Hog and allowed the flavor profile of this beer to go the distance for us.”

With the base notes of the Doppelbock including toasted rye, toffee, rum raisin, and cacao, the Spanish Oak and South American Teakwood barrels add complexity with top notes like holiday spice, roasted nuts, vanilla, and char. Brewed at 9.0% ABV, this lager will warm you on cold winter nights at home and whisk you away for an exploration of flavors.

“The barrels used for The Boss Hog VII: Magellan’s Atlantic are incredibly special to us, but we knew they were in good hands with our neighbors at Harpoon Brewery. It’s the first time beer has ever been finished in South American Teakwood and it pairs masterfully with the flavor profile of a beer like Harpoon’s Doppelbock,” said Meghan Ireland, Whiskey Blender at WhistlePig.

Harpoon’s The Bock Hog is a limited release and will be sold as single 22 oz. bottles, sealed with a wax coating. It will also be available on draft starting this month at Harpoon’s Boston and Vermont breweries. Visit www.harpoonbrewery.com to learn more.

Founded in 2007, WhistlePig Rye Whiskey is the premier aged Rye whiskey, featuring the bold and often untapped flavor of Rye. WhistlePig Whiskey is leading a surge of innovation in the emerging field of North American whiskey. As the most decorated Rye whiskey – having received the coveted ‘Best in Show Whiskey’ title from the 2017 San Francisco World Spirits Competition, WhistlePig is widely viewed as the world’s finest Rye. With the opening of its distillery on its 500-acre Vermont farm in the fall of 2015, WhistlePig has also become one of the leading farm-to-bottle Rye whiskeys in the world. For additional information please visit whistlepigwhiskey.com. Please enjoy WhistlePig Rye Whiskey Responsibly.