Harpoon Brewery And Mike’s Pastry Are Back At It With Their Cannoli-Inspired Stout, Cannoli-Making Kits & An All-New Barrel-Aged Variant 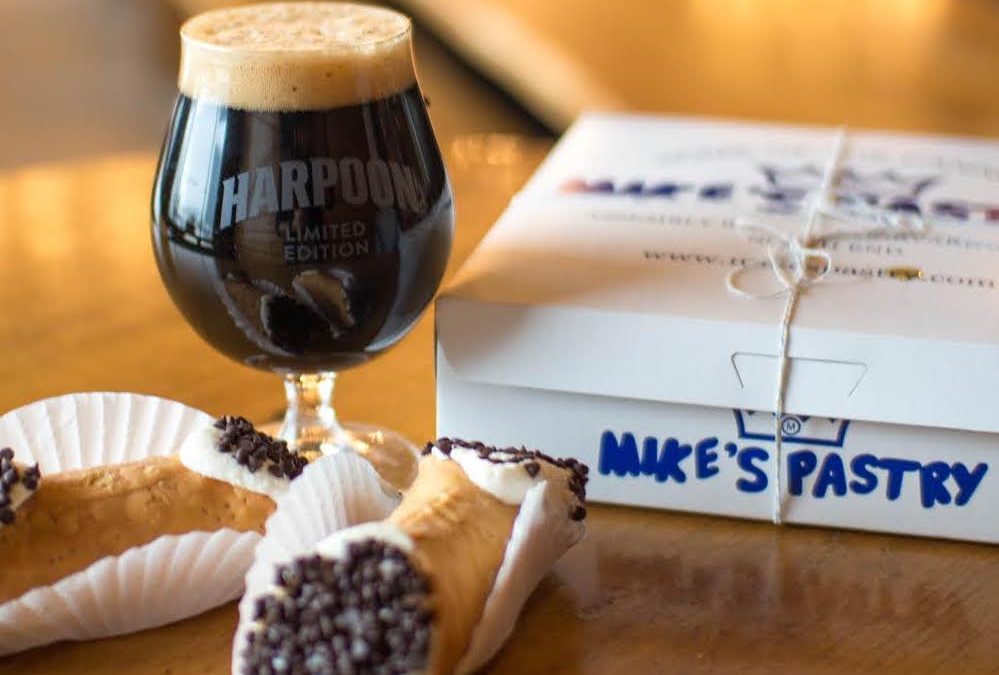 For those who missed their chance to taste the first collaboration between the two New England-based icons, they’ll have another opportunity to taste the beer brewed with actual Mike’s cannoli shells this February – along with a new version of the beer aged in rye whiskey barrels

PRESS RELEASE / February 1, 2021 (Boston, MA) – One of the few sweet spots of 2020 is back for a second time in the form of craft beer and cannolis! This February, Harpoon Brewery and Mike’s Pastry have partnered again to brew up their limited release beer – Harpoon Mike’s Pastry Cannoli Stout. The 7.3% ABV beer is made with Mike’s Pastry’s hand-made cannoli shells, cocoa nibs, lactose and vanilla, recreating the flavor profile of the famed dessert from Hanover Street.

In addition to their original cannoli-inspired stout, Harpoon will be releasing a 9.0% ABV version of the beer that was aged in rye whiskey barrels to accentuate its creamy vanilla characteristics and provide notes of cinnamon, caramel, and rye spice. Both beers will be available in 16 oz. 4-packs starting on Tuesday, February 2nd, for a suggested retail price of $14.99 for the classic Cannoli Stout and $16.99 for the Barrel-Aged variant. Both can be found at Harpoon’s Boston and Vermont Beer Halls, at retailers across Massachusetts, and in select markets throughout the Northeast.

For every case of the beer sold, Harpoon will once again donate a portion of proceeds to Christmas in the City, a Boston-based local non-profit that provides financial support to families experiencing homelessness and poverty. 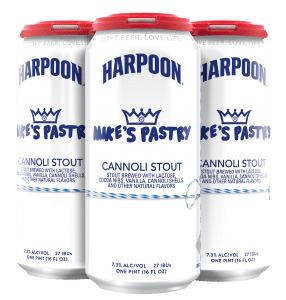 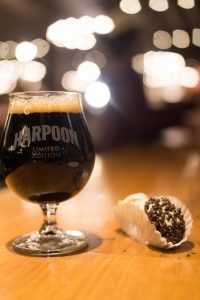 Cacao nibs and dark roasted malts create some pronounced notes of milk chocolate, dark chocolate, and mocha, while the lactose and vanilla give the beer a creamy mouthfeel and ricotta-like sweetness. Along with some slightly sweet toasted malts, all the specialty ingredients combine to make a complex but perfectly approachable milk stout.

Available for takeout only, must be 21+ to order and pick up

Available for sale while supplies last

Founded in 1946, Mike’s Pastry is located in Boston’s historic North End on Hanover Street. Michael Mercogliano (the “Mike” behind the famed Mike’s Pastry) created the one-of-a-kind cannoli that keeps loyal Bostonians and tourists coming from around the world to enjoy. Mercogliano presided over the bakery since 1946 and handed the operation off to his stepson, Angelo Papa, who has been running the bakery for years now.