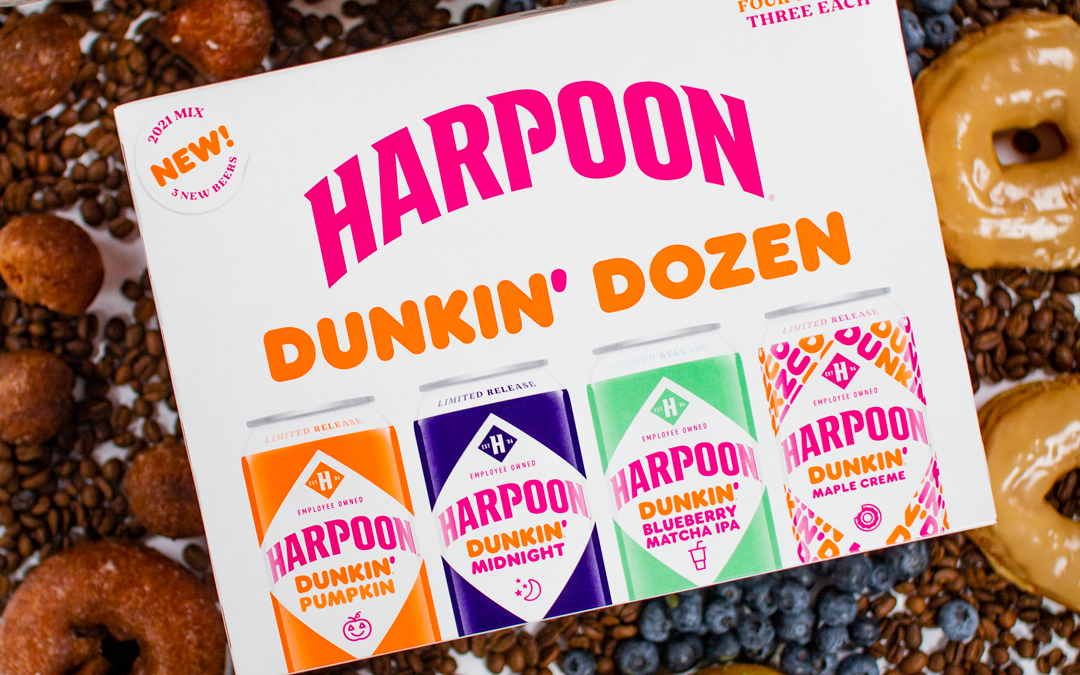 To mark the occasion, the brands aren’t just stocking shelves with the new beers, but in Boston they’re creating the first-ever Dunkin’ Walk-Thru at Harpoon Brewery. Open for one day only – on August 30, 2021 from 10 a.m.-1 p.m. ET – the local pop-up experience will give fans a first taste of the new beers by ordering a pack to go and sample a one-day only Dunkin’ Harpoon IPA donut.

As an added treat, at the Boston event, anyone who orders the new beers at the walk-thru will also receive a free Dunkin’ Harpoon IPA Donut filled with a Harpoon IPA jelly and topped with a candied malt crumble — made just for the occasion and the first Dunkin’ donut to be made with beer as an ingredient*. Attendees can also enjoy a cup of Dunkin’ coffee while waiting for their orders.

“Our collaborations with Dunkin’ are highly anticipated by our fans each fall, so this year we wanted to help them crack a cold one open just a little earlier. Our Dunkin’ Walk-Thru experience takes everything we love about ordering Dunkin’ at a traditional Drive-Thru with the addition of a first taste of our new beers,” said Dan Kenary, Harpoon CEO and co-founder.

The four beers available this season include:

“We have elevated our collaboration with Harpoon this fall with three new beers, all made with Dunkin’s iconic coffee, donuts and matcha tea,” said Brian Gilbert, Vice President of Retail Business Development at Dunkin’. “Beer, matcha, coffee and donuts, we can’t think of a better combination.”

To find the new Harpoon x Dunkin’ beers near you, check out the Harpoon beer finder: https://www.harpoonbrewery.com/beer-finder/.

*Haroon Dunkin’ IPA Donuts may contain trace amounts of alcohol. Must be 21+ to purchase.

Founded in 1950, Dunkin’ is America’s favorite all-day, everyday stop for coffee and baked goods. Dunkin’ is a market leader in the hot regular/decaf/flavored coffee, iced regular/decaf/flavored coffee, donut, bagel and muffin categories. Dunkin’ has earned a No. 1 ranking for customer loyalty in the coffee category by Brand Keys for 14 years running. The company has more than 12,600 restaurants in 40 countries worldwide. Dunkin’ is part of the Inspire Brands family of restaurants. For more information, visit www.DunkinDonuts.com.