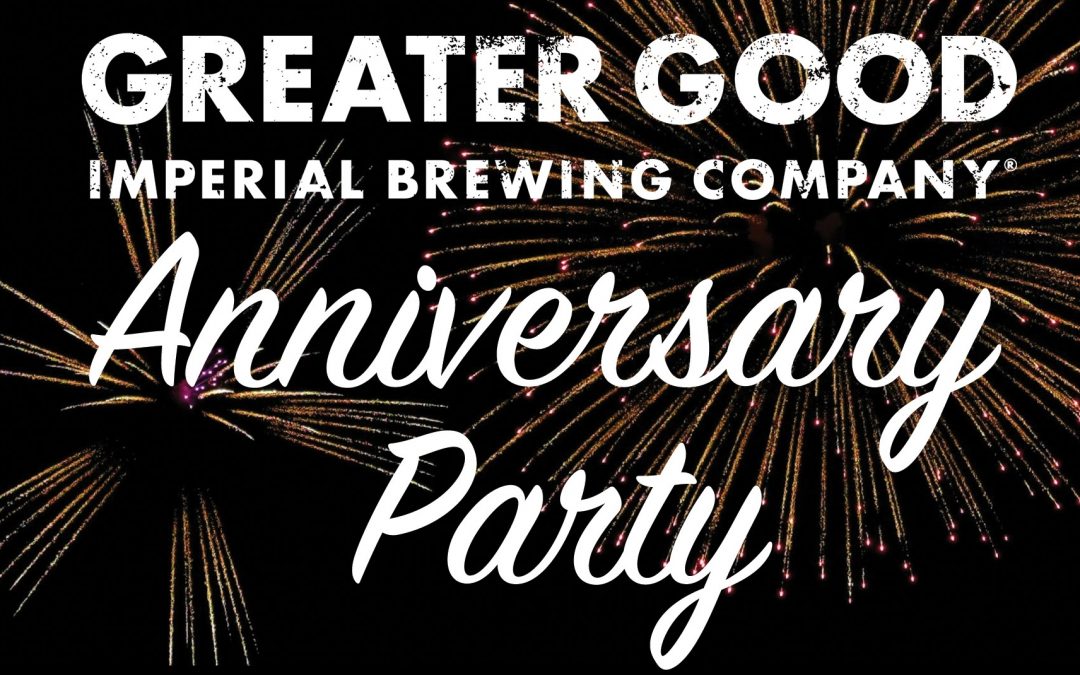 Greater Good has expanded exponentially over the past six years with a combination of best-selling flagship brands and new offerings, leaning heavily into their reputation as the market leader of craft imperial beers. Greater Good distributes to Massachusetts, New Hampshire, Rhode Island, New York, and Pennsylvania. With more than 27 employees, Greater Good doesn’t plan on stopping anytime soon.

“’We’ve built up a reputation locally and in several states as the industry leader in imperial beers, but we’re not even close to being done telling that story”, stated Colleen Quinn, Greater Good’s Chief Commercial Officer. “This party is a nod to our incredible team, the growth we’ve experienced, and the big growth we see ahead.” 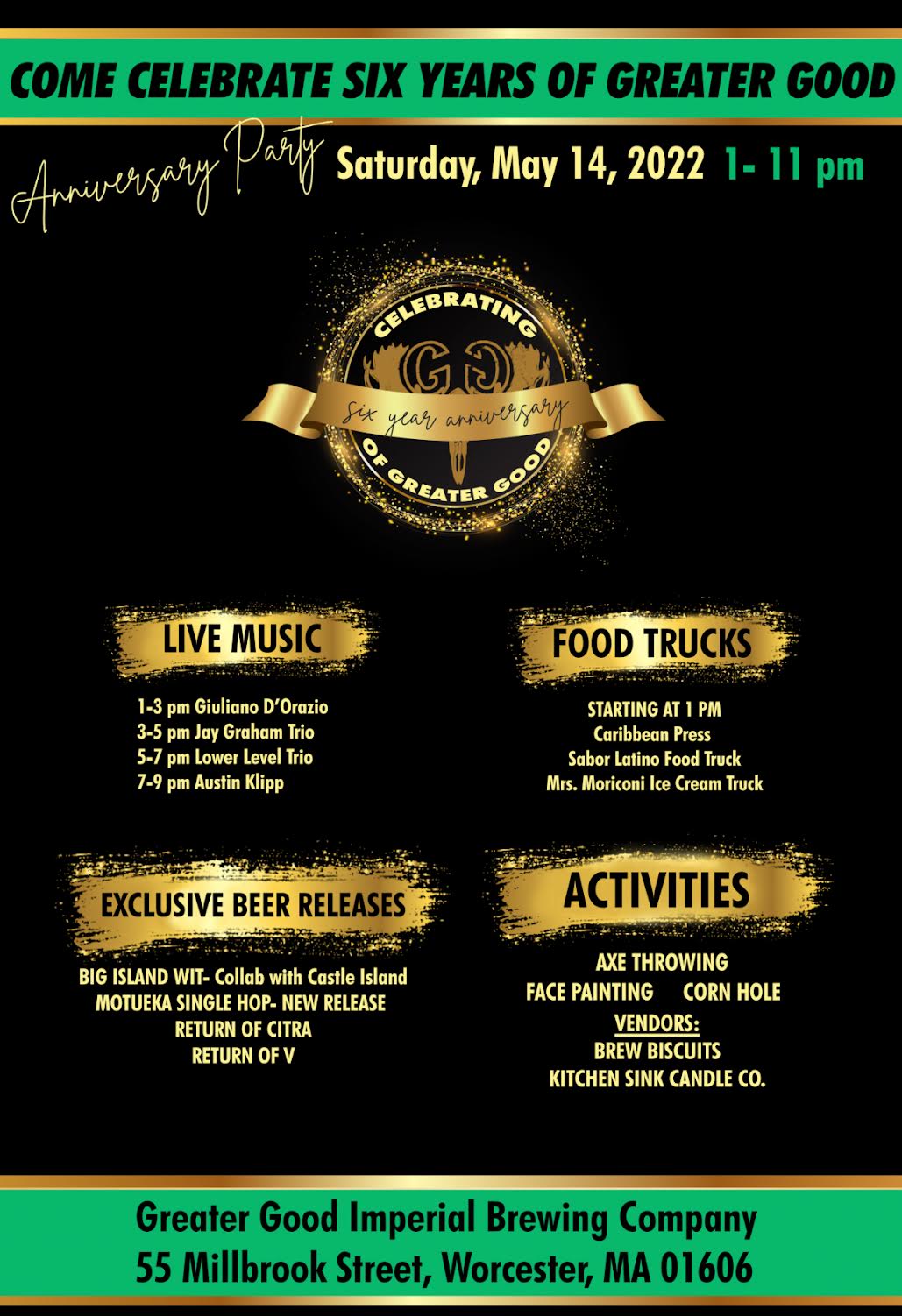 Saturday’s event also features a very special return of Citra, a Belgian-inspired hazy IPA, which was the very first beer brewed by Greater Good, as well as V: an imperial hazy IPA that showcases 5 different hops and shows off the brewery’s versatility.

“We really wanted to make this day special,” continued Quinn. “We’re using the anniversary party as a way to celebrate some of our milestones by bringing back Citra, the first beer we ever made, while introducing new beers to our customers, like our first-ever single hop beer. It’s really a celebration of all that we put into our work.”

Live music will run from 1:00 pm to 9:00 pm, and the event will feature pop-ups from local businesses like Brew Biscuits and Kitchen Sink Candle Co. There will also be activities like axe throwing, face painting, and corn hole. A variety of food will be available from Caribbean Press, Sabor Latino, and Mrs. Moriconi Ice Cream.