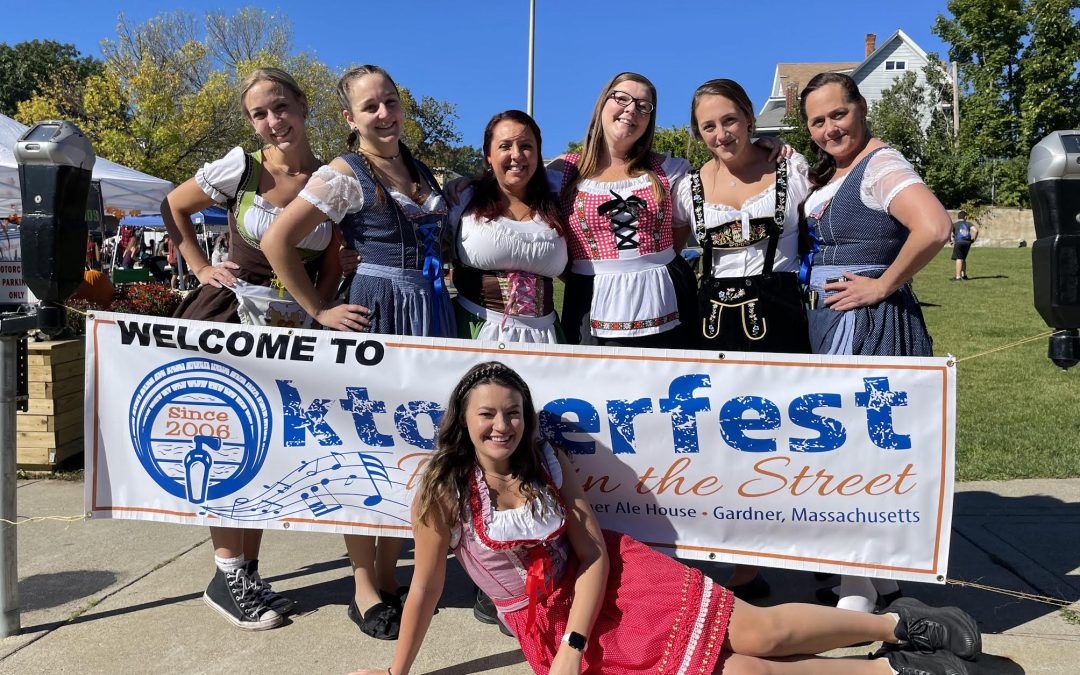 PRESS RELEASE / September 7, 2022 (Gardner, MA) – Autumn is lurking. The countdown clock is winding down as Gardner anticipates its 17th Oktoberfest on September 24th, expanded this year by last year’s city ordinance. Dubbed “Party in the Street,” Oktoberfest is a celebration devoted to beer, food, fun, and enjoying the company of loved ones in downtown Gardner.

Originally, Oktoberfest began in Germany circa the 1800’s. At that time it wasn’t called Oktoberfest; it was a wedding to commemorate the merging of royal families by the marriage of King Louis I and Princess Therese von Sachsen Hildburghasen. The celebration was too much fun and so continued annually for about 4 weeks per year, starting in September. As decades past, the celebration has modernized round the world focusing more on the celebration of
community and social connections.

In Gardner, Oktoberfest is a single day celebration held on the last Saturday in September, this year September 24th, along Parker St. and in front of the Gardner Ale House. It is a moderately regulated gathering with events sponsored by many fine vendors and local businesses. With free admission and activities for all age groups it makes for a wonderful day of family fun. 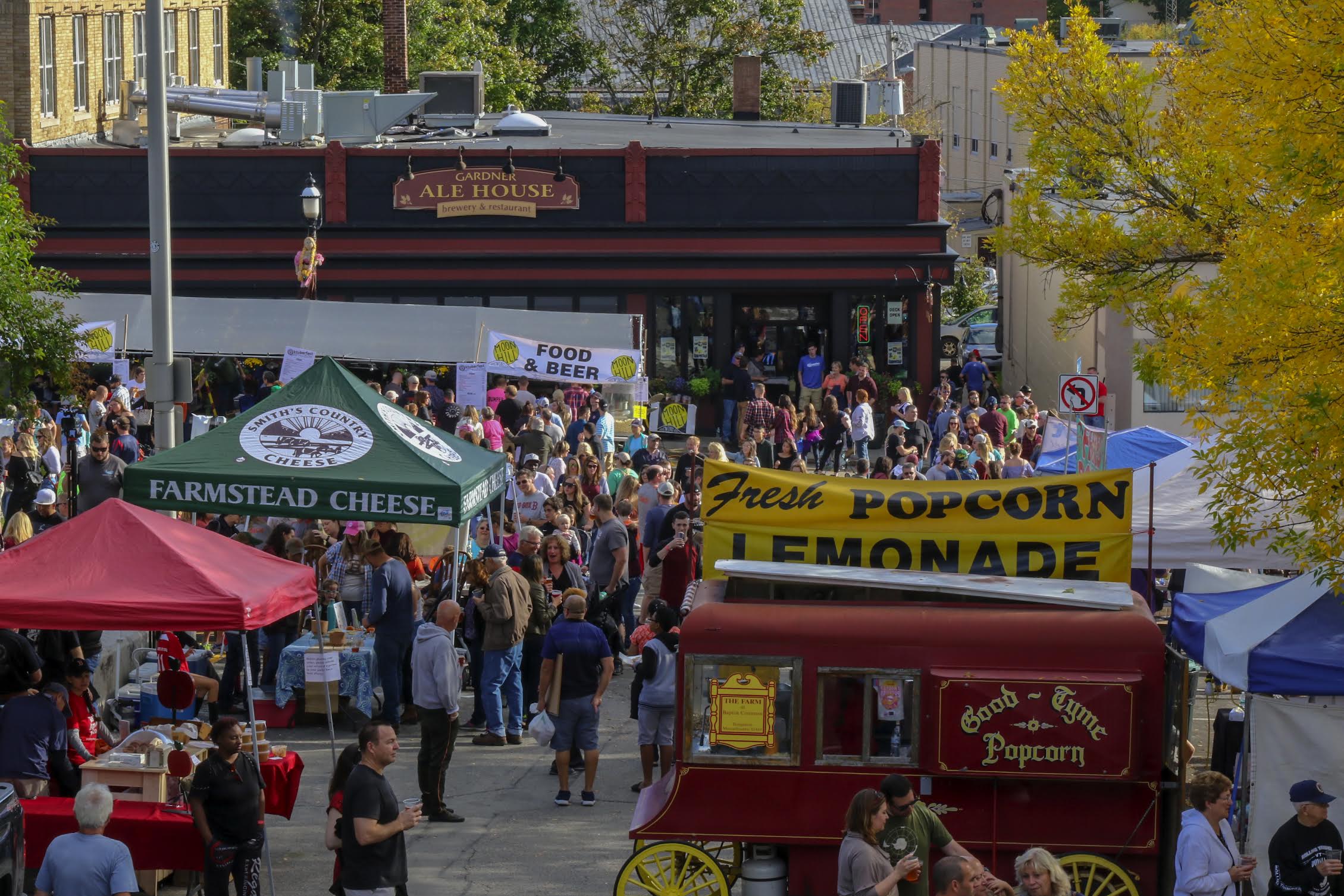 The party starts at 11:00AM with the opening of the German Beer Garden, which will be serving Moon Hill Brewing Company’s finest brews including this year’s Oktoberfest Lager. And for a the first time, Oktoberfest will be featuring several other guest breweries, There are lawn games for adults and kids, live music, and delicious street food including popcorn, cotton candy, Italian sausages, hamburgers, hot dogs, and brick oven pizza.

Inside the Gardner Ale House where you will find even more beer and a German menu featuring Wiener Schnitzel of course!.

11:30 marks the Tapping of the Oktoberfest Keg, now we begin formally with the tapping and the singing of Ein Prosit to the live music of the Hofbrau Bavarian band.

The day carries on with the Men’s and Woman’s Steinholding Competition at 1:00 PM. “Did you know there is a US Steinholding Association devoted to the ancient German tradition of steinholding, better known as Masskrugstemmen? It is an Oktoberfest thing, and we are an officially sanctioned competition site for the Massachusetts contest. The winners go to Jack’s Abby Oktoberfest in Framingham the following weekend to compete for the state championship representing Moon Hill and dressed in Moon Hill t-shirt and hat.

The Chair Luge is Back In 2022! Starting at 2:00PM the brave, thrill seekers of downtown Gardner will gather dressed in their superhero costumes (the theme this year) to race for glory and $200 in one dollar bills! The idea is to get a chair, put wheels on it, put brakes and steering on it (if you care), wear a helmet and roll towards Beauregard Liquors from the Ale House. This event has inspired thousands of fans. “Human Bumpers” keep the crowd safe from the sometimes errant contraptions.

Immediately following the Chair Luge, Live Music will begin at 3:30 PM. Several talented musicians will take the stage in the parking lot across the street from the Ale House. Headliners Bennett-Matteo will kick it off at 3:30 PM, followed by the Matt Swanton Band featuring Wildcat O’Halloran and Zach Loriell at 5:15 PM, and ending with a performance by New Pond Fondle at 6:30 PM. We start wrapping things up around 8PM because you can only have so much fun said festival organizer Rick Walton of the Gardner Festival Committee. The Ale House pub will be open a bit longer, but not much longer, for anyone who is not quite ready for the night to end.

Gardner’s Oktoberfest began in the parking lot behind the Gardner Ale House in 2006. As it grows to be a signature Gardner event Gardner hopes you can join us for this year’s celebration and cannot wait to connect with the community. 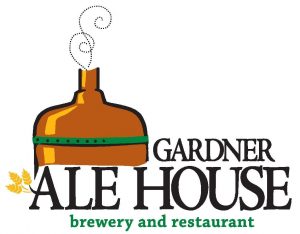 Gardner Ale House is the only full-menu brewpub in both North Central Massachusetts and Worcester County. It is a family style pub and restaurant featuring fresh, bistro style food in an upscale setting. The brewery offers 14 or more distinctive, house made brews and continues to develop new recipes. There is always an interesting, new beer on tap at the Gardner Ale House. 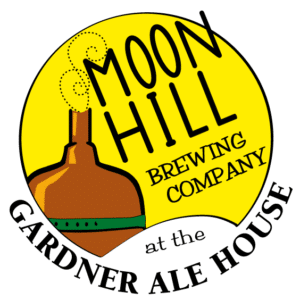 At the very beginning of 2017, the Moon Hill Brewing Co., at the location of The Gardner Ale House (GAH), a popular brewpub, began distributing its beer outside the doors of the venerable ‘Ale House’. We are still located at the brewpub, but have a summer gig too at the Brew Barn on Red Apple Farm and are looking at one or two other interesting projects. Watch these pages for more!