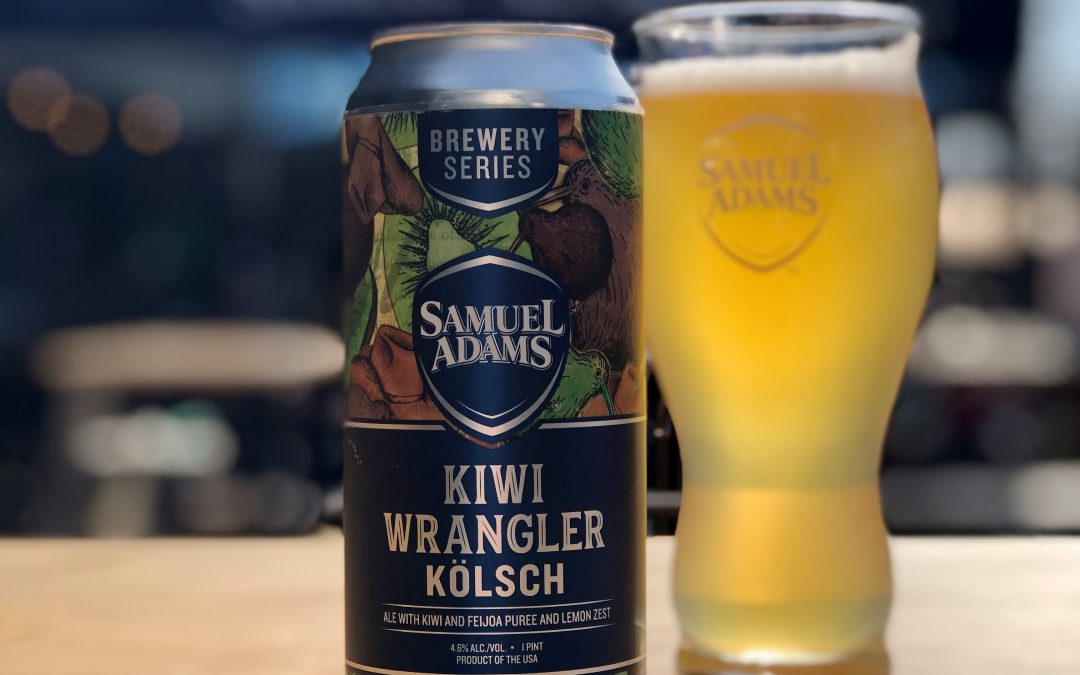 PRESS RELEASE / May 6, 2021 (Boston, MA) – In honor of the first ever kiwi chick hatched at Franklin Park Zoo on December 28, 2020, Samuel Adams has brewed up something special: a Kiwi Wrangler Kolsch, available now at their Boston Brewery.

Kiwis are native to New Zealand, where they also hold the distinct designation of being the country’s national symbol. The hatch of this tiny feathered face at the Zoo was certainly something to celebrate, and brewers at Samuel Adams were inspired to concoct a tasty recipe that paid homage to this unique flightless bird and its native habitat. The result? A brew featuring heaps of flavorful New Zealand hops, kiwifruit, and Brazilian feijoa puree meld together for a light-bodied beer bursting with crisp, bright, citrus-forward fruitiness.

Franklin Park Zoo is the only zoo in New England, and one of 10 institutions in North America, to exhibit brown kiwis, classified as vulnerable by the International Union for Conservation of Nature and Natural Resources. The young chick has been growing and thriving since his hatch, and recently made his exhibit debut within the Zoo’s Outback Trail exhibit.

Kiwis, the national symbol of New Zealand, are flightless and are about the size of a domestic chicken. The kiwi is known for laying the largest egg in proportion to its body size, generally about 20 percent of the body weight of the female. The eggs are incubated for 75 to 90 days, one of the longest incubation periods of any bird species.

The chick will eventually be a mate for Aria, a female adult kiwi at Franklin Park Zoo, although the chick will be about a year old before they are introduced. As a participant in the Kiwi Species Survival Plan, a cooperative, inter-zoo program coordinated nationally through the Association of Zoos and Aquariums (AZA), it is hoped that eventually Aria and the new male will have a little kiwi chick of their own someday to contribute to the preservation of this unique species.

Zoo New England manages Franklin Park Zoo in Boston and Stone Zoo in Stoneham. Both are accredited by the Association of Zoos and Aquariums (AZA). Zoo New England’s mission is to inspire people to protect and sustain the natural world for future generations by creating fun and engaging experiences that integrate wildlife and conservation programs, research, and education.