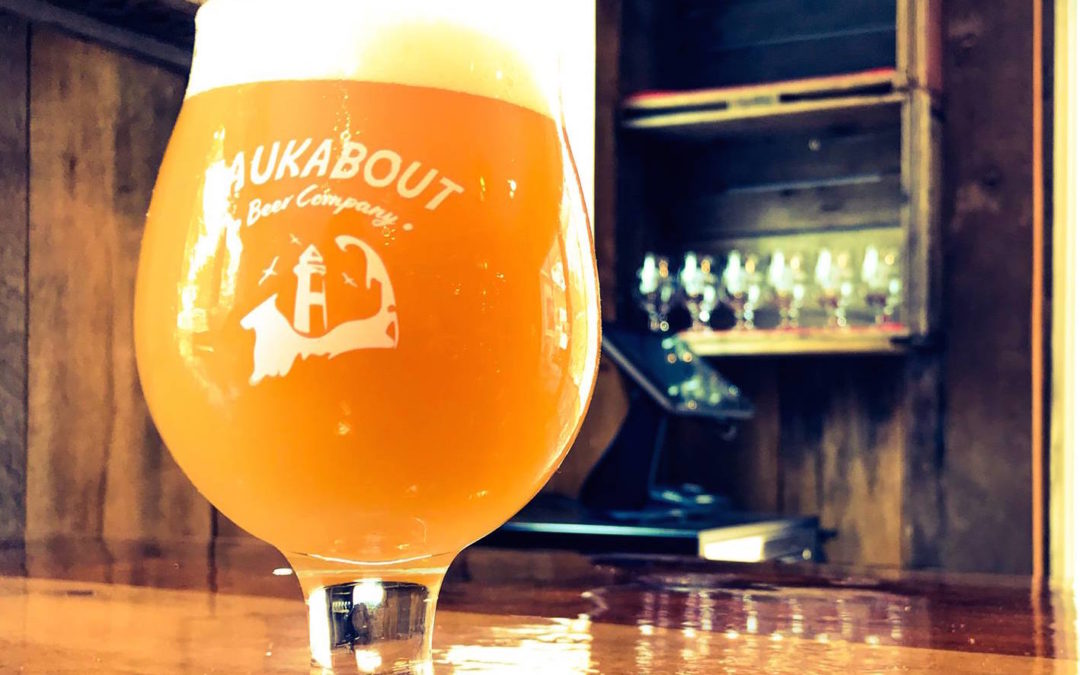 Mashpee, MA – March 20th — Years in the making, the Naukabout Brewery & Taproom is finally ready to open its doors and start pouring beers. Located on an iconic property that once housed The Flume Restaurant at 13 Lake Ave in Mashpee, the brewery is just 10 miles from the Sagamore Bridge and has views of both Lake Mashpee/Wakeby and the Mashpee River.

The 7bbl brewhouse has been in full production mode for the last month getting eight brand new beers ready for the public. For the grand opening, the public will have the opportunity to try a wide-array of hop-forward beers as well as some lighter and darker fare. In addition to enjoying the beers on draft customers will have the opportunity to take cans to-go so they can enjoy their favorite styles at home.

“We are excited to be joining the growing force of local Cape Cod artists and creators — from glass blowers, wine makers, oyster farmers, musicians…— we’re eager to give locals and visitors something special to experience on The Cape.” Cape-native and CEO Peter Murner said. “We have this picturesque location up on the hill overlooking Lake Mashpee, we’re gearing up to open the doors at the end of March. The grand opening has been scheduled for Thursday, March 29th from 4-8pm.” 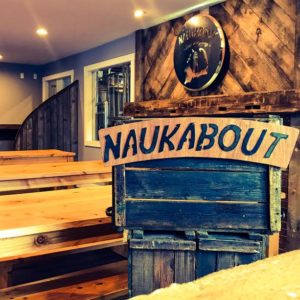 Cape Cod craft beer drinkers will be able to Naukabout at the Mashpee brewery and taproom this summer.

The initial planning and permitting for the Mashpee brewery started back in 2015, however, the Naukabout story began over 30 years ago with a cofounders’ father. He would come home from work, change out of his work-a-bouts, and tell his sons to “change into their nauk-a-bouts” in order to “get outside for some fun!” In 2008 the ideology of “doing what you love to do, after doing the things you have to do” came to life in the form of Naukabout Music Festival. A few years later in 2012, the group transitioned into Naukabout Beer Co. and began contract brewing while the search for a brewery site began.

“We couldn’t be any more excited to finally be brewing at our own location. Contract brewing was a great way to get started, but now with our own facility we can focus on crafting limited-release, small-batch recipes that reflect the uniqueness of our peninsula and the people here.”

CEO Peter Murner expressed. “We can’t wait to give folks another reason to come to Mashpee. Whether your shopping at The Commons or traveling down Route 6 you’ll only be a few minutes away from a tasty brew.” Murner’s core team is rounded out by Head Brewer, Leif Rotsaert who recently made the move cross-country to join the team and Cape-native Ryan Ellis who is the Head of Sales.

In the past decade, the number of operating craft breweries has grown to over 5,000 nationally. In recent years Cape Cod has jumped aboard that movement and is quickly becoming a beer overs destination. The Naukabout Brewery & Taproom will mark the Cape’s fifth of its kind with more rumored to be on the way. The Naukabout team is eager and excited to be part of a regional transition that will add even more to the charm of Cape Cod.

Our story started over 30 years ago with our cofounders’ father. He would come home from work, change out of his work-a-bouts, and tell his sons to “change into their nauk-a-bouts” in order to “get outside for some fun!” Ever since then, Naukabout has meant doing the things you love to do after doing the thing you have to do. Whatever your passion – BBQ’s in the backyard, seeing a concert, going fishing, relaxing at the beach with friends and family – that is what Naukabout is all about. By brewing and sharing Naukabout Beer, we can help commemorate, cultivate and celebrate once-in-a-lifetime moments. We hope you enjoy!

Where would you be if you could? Where do you Naukabout?